On the rise: diving into India’s deep tech innovation boom 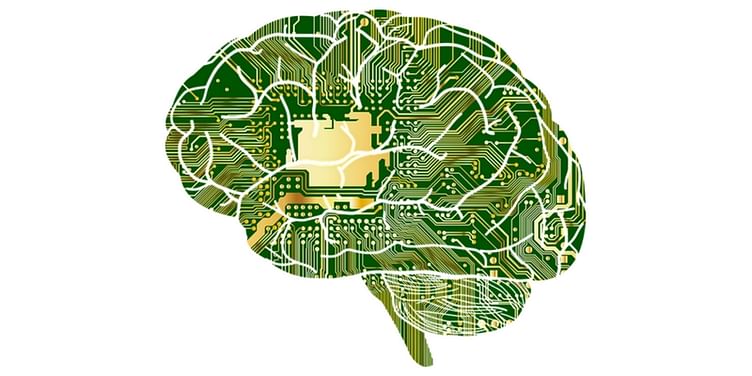 Indian companies in the deep tech space are making significant leaps in innovation. With its cutting-edge technologies, these companies are solving issues affecting the real-world around them.

There is also a rising investor interest in the niche technology segment due to the impact it is creating in the lives of people and the society.

For example, India has two companies that are funded by Japan’s UTEC, which are in the realm of deep tech. There is Bugworks Research, which is also backed by 3One4Capital, which combines technology and biology to find a cure for superbug infections; and then there is Tricog, which is funded by Blume and UTEC, manufactures an instant ECG machine, whose software can help patients to be tracked on a real-time basis, and saved from heart attacks.

According to a report from KPMG, India was ranked third in a startup survey, as 13 percent of the global technology industry leaders indicate its potential for tech breakthroughs.

Many startup business models are leveraging emerging technologies to cater to India’s mobile-first generation, says a report from KPMG. YourStory’s list of 70 deep tech companies show the industry has raised more than $105 million in three years.

No wonder India is the place for Deep Tech going forward, but you need to watch out for these startups in FY 2019-2020.

Founded by Sunil Gupta, Mark Mathias, and Anil Prabhakar in 2016, Bengaluru-based QNu Labs has built a quantum cryptography platform, which is said to be the future of network security. Its hardware box protects data by separating the keys to the data.

The hacker can find the data, but can never find the encryption key, because the key is constantly changing over the network, which uses photons to secure the data.

This photon-based encryptions lose only small distances over fibre, and QNu Labs is working on securing its over long distances. The company is disrupting current encryption techniques, where only a bunch of keys are used to encrypt the network. It is easy for these static key hackers to break those keys to get to the data. QNu claims it is currently piloting with five customers, and has contracts worth $1 million signed up.

Also Read: Why Bugworks is growing?

Bengaluru-based technology company TrillBit, founded by Mrigesh Parashar, Bhaskar Deo, and Shashikant Deo in 2016, transforms any speaker and the mic into a data transfer device. The company encodes a layer of data on top of existing sounds and any device with a speaker, which turns it into a data transmitter.

The data layer is inaudible, and does not affect the speaker, but your smartphone starts sensing and capturing this data. The fact that it does not need any special hardware makes it powerful. The device has found use in payments and consumer engagement.

DeTect Technologies was set up by Daniel Raj David in 2014 to avoid corrosion, leakage, and the structural reliability of materials in oil rigs, mines, and chemical plants. The Chennai-based company is using ‘ultrasonics’ to track reliability of these pipelines, as companies in the sector lose out millions of dollars if their plants shut down, and sometimes even the insurance companies are really crazy about doling out for the damages.

According to NDT Resource Centre, “Non-destructive testing is a method of finding defects in an object without harming the object,” and the sound can identify the damaged material. DeTect Technologies enables industrial safety by measuring thickness in the pipeline and in high temperature environments.

India has set an ambitious goal of eradicating Tuberculosis (TB) by 2025. Alarming statistics suggest that the disease claims one life per minute in India, making it the TB capital of the world. While an experienced pulmonologist can detect TB in a patient by just looking at the way he/she coughs, the number of doctors available in India to handle millions of such cases is a cause of concern.

The World Health Organisation (WHO) data for 2016 showed an estimated 2.79 million TB cases in India.

Hyderabad-based Docturnal, founded by Rahul Pathri, Balakrishna Bagadi, Arpita Singh, and Vaishnavi Reddy in 2016, uses the concept of music timbre to create a platform that measures TB cough. Docturnal’s TimBre platform is currently being used to detect all forms of cough in a couple of hospitals in Bengaluru and Hyderabad.

The company aims to equip even ordinary doctors to detect TB at an early stage. Docturnal’s product portfolio also includes solutions for CoPD and Asthma, with a pipeline of lung-based ailments that can be identified by an aural component.

Dozee’s contactless sleep monitoring device can silently track sleep patterns, heart, respiration, and stress levels in a person. The Dozee app, managed by health experts, gives you detailed insights that will help you manage stress, sleep better, and stay on top of your health. Since the device is contactless, it is not subject to regulations of the Indian Medical Council or the FDA.

The health monitor’s strength is in its compactness, which can be easily placed under a mattress. Dozee claims the device is 98 percent accurate in measuring the heart rate and sleep patterns. The startup, founded by Mudit Dandwate, Pritish Gupta, and Gaurav Parchani in 2017, is based in Bengaluru, and is working with a couple of hospitals at present.