WATCH: Vikram Chandra sets out to revolutionise video news for the online gen with editorji 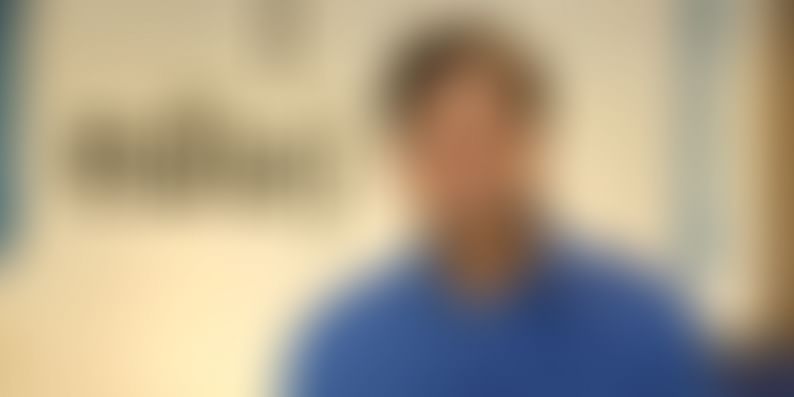 The journalist-turned-entrepreneur is of the opinion that the business model for television news is 'fundamentally flawed'. He goes on to explain: “There is no subscription money coming in. They are having to pay carriage fees, so they are entirely dependent on advertising. Advertising comes from TRPs (target rating points). TRPs come from 30,000 boxes (TV sets) in a country of 1.3 billion people. The only way you get TRP is by sensationalism. By being tabloid. By yelling and screaming. And that’s what the industry is having to follow.”

With editorji, Vikram says he wants to create a parallel ecosystem, which would result in a win-win situation for all stakeholders, including existing media companies, advertisers, and consumers.

“It is designed to work very closely with every possible partner in such a manner that in all honesty we can go to each one of them and say this is a win-win solution. Whether it is a content producer, an existing media company, a big TV broadcaster or a big print house.”

The editorji platform not only has content in the form of quick 20-second videos produced in-house, but also material from partners such as HT Media. The app aims to act as a medium through which content creators and media houses are able to reach out to audiences in the form of quick and snappy videos.

editorji has already touched a million downloads and is available on both Google’s Android Play Store and Apple’s iOS App Store.

After opening the app, an algorithm instantly creates a personalised news list for the user. This list has around 30-40 video stories, each of which is 20-25 seconds long.

Vikram explains, “These are not only stories that you would want to watch. It’s a good fix. Some stories that we think you should see, other stories based on your preferences. It’s a personalised list that is constructed for you on the fly. And the best part is, any of the stories you don’t want to watch, just swipe, and move on to the next story. In basically four to five minutes, you are informed of everything that has happened, that you need to know.”

The app also has dedicated lists for categories such as tech and food. Vikram makes a case for targeted advertisement here.

“Typically people interested in gadgets and technology would have subscribed to the tech list. So it makes a lot of sense for a laptop or a phone being launched to advertise there, because they are directly reaching their target group,” he adds.

The company has already started to make money, says Vikram. In fact, it hopes to break even in a couple of months, while the general elections are underway.

“Our revenue is going to come from two parts. There will be people for whom we will provide solutions in the form of an enhanced premium experience. That part of it is almost business-to-business (B2B). And then of course, there’s advertising,” the Oxford alumnus adds.

editorji has already raised Rs 20 crore from Bharti Airtel and Rs 10 crore from HT Media. The company believes it does not need more money for the next one-and-a-half years, but there is a consideration to look at another round of fundraising to ensure a 'warchest'.

Vikram adds with a smile, “I’m told the best time to raise money is when you don’t need it. So yes, that consideration has now been put in my head.”

On the quality of TV journalism today

The veteran journalist believes the quality of television journalism has seen a sharp deterioration. “There used to be a time when I was so proud of being a TV journalist. Something which I used to carry as a badge of honour. I got into the industry when we (TV news industry) were just starting in India. These days when someone introduces me as a TV journalist, I cringe,” he rues.

Though, Vikram is quick to add that there are still, “honourable exceptions” and he does not necessarily blame the journalists or the proprietors for the current state of affairs. He signs off with: “There is a problem with the system.”

Also read: Voice, video and regional content: Digital marketing trends to watch out for this year