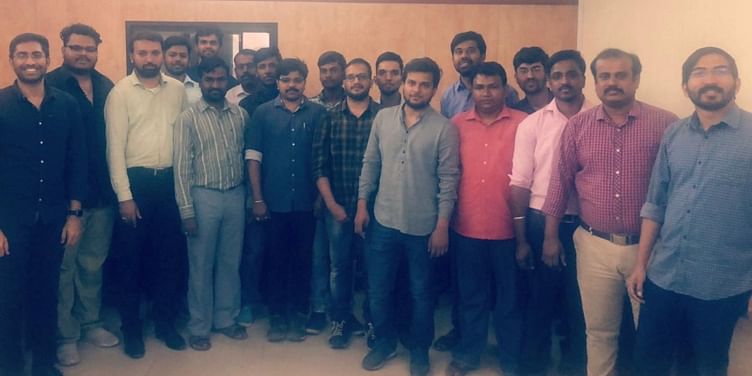 Founded by Kaushik Mudda and Navin Jain, EM will primarily use the funding to expand its sales and distribution network, both nationally and internationally, add more machines to its portfolio of products, and also build relations with application partners.

This will help the team understand how subtractive and additive manufacturing can impact the traditional manufacturing industries. It will also develop different prediction capabilities to optimise run-time of machines, foresee breakdowns and other problems in small and medium enterprises, and even larger industries.

Speaking of the funding Kaushik Mudda, Co-founder, Ethereal Machines, said in a press statement: “With Blume, we have found partners who understand how the hardware ecosystem works and the associated variables. Given the large focus on software entrepreneurship in India, Ethereal stands out as a deep tech player because of the intricate combination of hardware, software, and electronics. We look forward to equipping more machine shop vendors with our machines and boosting their in-house machining and manufacturing capabilities. We are also excited to work closely with the founders of Grey Orange Robotics and learn from their experience of creating one of India’s most successful hardware startup."

EM's product, Halo, is a hybrid manufacturing machine that combines the powers of subtractive and additive manufacturing/3D printing, and has won many awards. The machines make it possible to replicate the capabilities of a large factory on a desktop scale.

Speaking of the funding, Jitendra said: “I met Kaushik and got super impressed with his ability to think solutions in this tough space. His ability to focus on innovating 5D solutions for CNC space in a cost effective manner is really commendable.”

EM produces most of the 5-axis machines in India, and are said to be priced at roughly a third of its contemporaries and even cater to different verticals in the manufacturing segment - like Aerospace, medicine, jewellery, automobile, educational institutions, fab-labs, makerspaces, tool and die, and even prototyping sectors.

Speaking of the funding, Arpit Agarwal, Principal and part of the investment team at Blume Ventures, said:

“Kaushik and Navin are approaching an age-old industrial problem with a ground-up fresh thought, applying world-class engineering on top of newer paradigms of technology. As a result, Ethereal's products are not just the most economical but also have the highest quality standards. It is difficult to believe they have been at it for more than five years, a fact perhaps only underscoring the challenge at hand. Their passion for building a best-in-class machine tools made out of India is the primary reason we chose to invest in Ethereal. They have so far built their business with persistence and frugality. We are confident they will soon create another great hardware success story for India.”