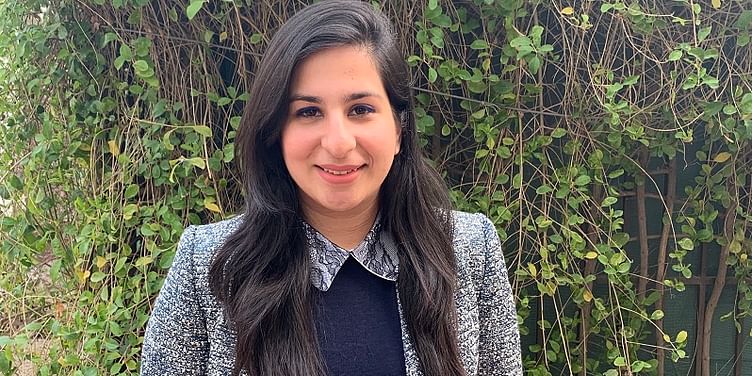 Gurugram-based startup MoooFarm received a $15,000 grant from Microsoft last week. It has also tied up with Google and Tata Trusts’ Internet Saathi programme to train women farmers in rural areas.

Gurugram-based startup MoooFarm will be working with Microsoft to help Indian dairy farmers solve a problem that leads to a $500 million-loss per year, according to the company’s Co-founder Aashna Singh. “We will be developing a machine learning (ML) platform with Microsoft to tackle mastitis, a disease of the udder that leads to an annual loss of half a billion dollars in India,” she says. The company received a $15,000 grant from Microsoft last week.

The biggest bane of the disease is that farmers often do not realise that the cattle has been affected by it. “They just know that the udder is swollen, and the quality and the quantity of milk has gone down,” Aashna says.

Over the next year, MoooFarm India, in association with Microsoft, will develop a platform within their existing app to help detect mastitis in cattle through ‘image labeling’. The farmer just has to click photos of the udder and milk; the app will then detect if the cattle is afflicted by the disease.

Even if a single cow gets the disease, it results in a loss of around Rs 5,000 per month for the farmer, due to factors such as lower production, poor quality, veterinary expenses etc., according to MoooFarm.

Launched in February by Gajendra Singh Shekhawat, Minister of State for Agriculture and Farmers’ Welfare, the MoooFarm app helps in tracking the health, productivity, and breeding cycle of cattle.

Every 21 days, cattle come in heat, which is when they are to be inseminated. But according to Aashna, farmers don’t keep records and miss out on the cycles, which lead to losses. “Through the app we send them alerts and tell them the right time. These alerts are also accompanied by e-learning videos," adds the 27-year old entrepreneur.

The app will soon also have a live feature, where the farmer can get real-time help from a vet or an expert. The company also has on-the-ground staff in villages, called Village Level Entrepreneurs (VLEs), to help and educate farmers on best practices. One VLE is assigned for every two-three villages and oversees 100-150 farmers.

MoooFarm’s pilot project kicked off from Sangrur in Punjab. Over the next two months, it will expand to five other states: Andhra Pradesh, Uttar Pradesh, Rajasthan, Maharashtra, and Haryana. From 2,000 farmers on the platform currently, Aashna sees a massive rise to two lakh farmers as these states are on-boarded.

The company operates in a B2B format where it ties up with corporates, dairy cooperatives, milk companies, and governments to reach farmers. MoooFarm currently works with corporate giant Hindustan Unilever in Rajpura, Punjab, and Sumerpur, UP. It has also signed a letter of intent (LoI) with Maharashtra’s Prabhat Dairy to collaborate on increasing farmer income.

Param Singh, 37, the other Co-founder of MoooFarm, says, “Our aim is to increase the income of two lakh farmers by 2020. And for this, we will utilise cloud technology to reach even farmers who are far off.”

Also read: Milkbasket wants to be your corner shop online for daily essentials (and kill your shopping list too)

The company has also signed a memorandum of understanding (MoU) with Google and Tata Trusts’ Internet Saathi programme to train women farmers. The Internet Saathi initiative imparts digital literacy to women in rural areas and teaches them to better their livelihoods by using the internet.

India is the world's largest producer and consumer of dairy; it has been the largest milk producing country globally since 1997.

The Economic Survey of India states the country produces 160 million tonnes of milk per year. A study by Research and Markets pegged India’s dairy industry at Rs 5 lakh crore in 2016. Co-operatives and private dairies have access to only 20 percent of the milk produced, and 34 percent of milk is sold in the unorganised market while 46 percent is consumed locally. Compare this to most developed nations where almost 90 percent of surplus milk goes through the organised sector.

India’s milk sector has seen a flurry of activity in recent times. Numerous startups are riding the demand for fresh milk, including Milkbasket, MilkMantra, Mr Milkman, Woohoo Milk, Country Delight, and others. The organic milk sector has companies like the Good Cow Company, Shudh Farms, Akshayakalpa, and Satvik that are scaling up across India.

Clearly, it’s time that MoooFarm works to milk this demand.