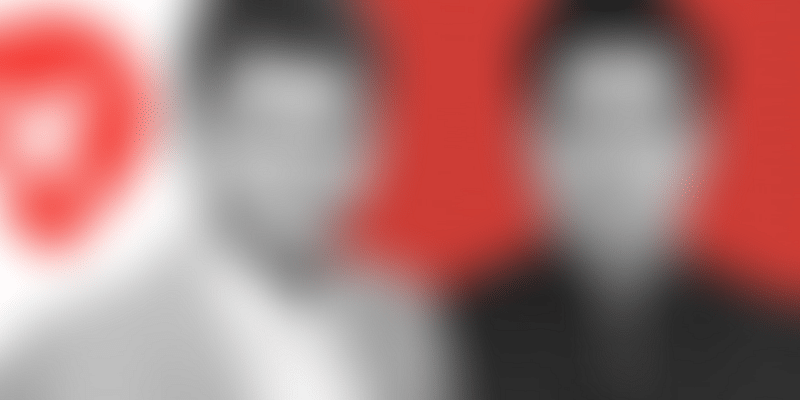 Dubai-based Hey Flyer has gone from a social network for flyers to a consolidated app that aggregates airport information for travellers. Alongside, it lets you connect with co-passengers and meet up on flight or during layovers.

The Hey Flyer app, originally pegged as a networking platform for frequent flyers, aims to enhance a passenger’s journey through an integrated travel experience. It functions as an aggregator of sorts, assimilating information from over 2,000 airports globally. This includes flight information, data relating to airport parking, public transport, shopping, and dining options available at airports, and an array of in-flight solutions.

Drones are here to stay. Here are the startups seizing this space

“It started as a fun concept where we were experimenting with the idea of connecting people at an airport and getting rid of boredom associated with long layovers,” says Jai Tolani, who co-founded Hey Flyer with Mandip Kanjiya in late 2017.

The two met while working on a different venture, a healthcare startup called Davva. The duo struck up a friendship, which would soon turn into a business relationship. With their diverse backgrounds – Jai has an engineering and management background while Mandip has experience in management and tech – the two bring to the table a mix of skills.

Interestingly, the duo’s entrepreneurial journey together started with MeetMe@Airport, which was launched in early 2017. Their platform initially served as a social network for flyers. Jai says, “We gained quick traction without any paid marketing and realised there was potential in this concept. We got some good and bad feedback, but were happy as long as we were getting noticed!”

However, the original brand name – MeetMe@Airport – and the concept ended up creating a rather different perception about the platform. “We were being considered another dating app of the sky,” says Jai, “and hence decided to enhance functionality and the name to Hey Flyer to come across as a travel concept and create a potential revenue model.”

They started off with an investment of $50,000 in a mix of cash and resources. With the rebranding, the Hey Flyer team was also able to add a lot more functionality. From a meet-and-greet app, it became a multi-solution platform offering voice-enabled check-in options, smart airport services, and cloud-based Inflight Entertainment and Communication (IFEC) solutions, all the while retaining the original offering of facilitating networking between frequent flyers.

A year since, their startup has grown, and they signed up their first customer – a Bengaluru-based airline – just last month. The Hey Flyer team at present has 11 full-time members, and another seven-eight people for project-based work.

The app continues to engage users during their free time at the airport by allowing them to set up meetings with fellow passengers; they can connect with like-minded travellers and even meet them during a layover.

Idea takes off with Airbus Bizlab

There is perhaps no name as prominent in the aviation industry as Airbus, the European aerospace corporation that designs and manufactures commercial aircraft, helicopters, military transport, satellites, and launch vehicles along with providing a host of other solutions.

The aeronautics company’s offshoot endeavour, Airbus Bizlab, is a global network of aerospace accelerators that aim to provide early-stage projects with wide-ranging support through a six-month acceleration programme.

A great deal of the credit behind Hey Flyer’s take-off can be attributed to their time spent at the Airbus Bizlab accelerator in Bengaluru. It gave the Hey Flyer team much-deserved recognition and an opportunity to improve their offering.

“We heard about the Airbus BizLab accelerator while visiting the Web Summit exhibition in Portugal a couple of years ago,” Jai tells us. “We got selected due to our focus on an integrated travel experience for passengers. The BizLab helped us make our solution more relevant to the aviation industry along with helping us create a large network within the aviation industry.”

Bird’s eye view of the market

Over the last three years, the civil aviation industry has emerged among the fastest growing industries in India. In fact, a recent report by IBEF pegs India’s domestic civil aviation market as the third largest in the world.

Growing at 18.28 percent year-on-year, India’s domestic passenger traffic reached 243 million in the fiscal year ending 2018. Internationally, this number rose to 65.48 million in FY18. It is estimated that by 2024 India’s aviation market will become the third largest in terms of air passengers, after crossing the UK.

The aviation industry has multiplied manifold over the past 20 years, and if forecasts by The International Air Transport Association are an indication, the total number of passengers transported by airlines will reach 8.2 billion by 2037, as per a Forbes report. Given the sheer size and scope of growth, numerous players across the globe have jumped in for a bite of the pie.

At the moment, Hey Flyer claims to not have any direct competitors. However, there are airlines who have their own tech and innovation divisions and are coming up with their own set of functionalities.

“What helps us stand out is the lack of dependency on any other technology on board to achieve our integrated user experience. This allows us to optimise our operational model and the costs associated with it too. The same efficiency is passed on to our customers,” Jai adds.

Spreading wings, one country at a time

Hey Flyer is currently working to increase its customer base and association with airlines and airports across the globe. For this, the bootstrapped company has branched out its offering under the broad heads of “Passengers”, “Airports”, “Airlines”, and their “Partners”.

“Our product is a reflection of how we overcame the different challenges we faced,” Jai says, “whether it was trying to overcome the image of being a dating app in the sky to finding a revenue model by integrating aspects such as airport information of 2,000+ airports, cloud-based IFEC solutions, and even our voice-enabled check-in.”

While tech-enabled solutions are much in demand, being in the aviation industry also calls for a great deal of regulation on these players.

“It was very important to fine-tune the product to the aviation industry as it is tightly monitored by various regulations and we had to make sure our product complies with the same,” Jai says.

If taking the idea off the ground was one half of the task, the rest depends on how Hey Flyer expands its offering and association in the industry. The startup has already signed up with a domestic carrier in India. As they start building their customer base, the founders hope to gradually “increase association with more airports and airlines in the near future”.