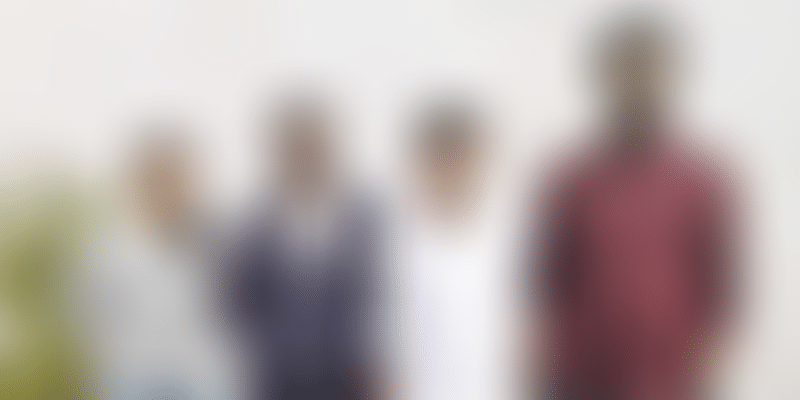 After graduating from IIT-Jodhpur six years ago, Shashank Kumar set out to become a data scientist and joined Microsoft. A full-stack engineer with work ranging from API, databases, E2E testing, and monitoring, he also became a member of the Online Advertising Division for App Promotion & Monetisation. While working here, Shashank realised that email was becoming obsolete and that brands were losing customers. He says,

“Coming from an advertisement background at Microsoft, I knew brands were struggling to keep their target markets and customers engaged. I had delved into various communication channels like email and social media, and I thought of bringing the same skills to push notifications. That’s where the idea of PushOwl was born."

In May 2016, Shashank started PushOwl in Bengaluru. It is a digital marketing platform that allows online businesses improve customer engagement with push notifications.

Ecommerce is forecasted to grow to $51.2 billion by 2023, and push notifications are a great way to engage customers. From email marketing tools and ad automation, to messenger marketing and more, a lot of companies are now focusing on creating solutions that help businesses not just reach their audience, but also keep them engaged for sustainable growth.

Shashank says it took him over a year to build the company. He invested Rs 50 lakh, and took Rs 12 lakh loan from his brother. However, this was not his first company. “I did try to start a few businesses, but they didn’t really go as planned,” he says.

By 2017, Shashank had established the product, but did not receive good customer feedback initially. With companies like Push Monkey and Smart Push Marketing, the competition was huge, and survival was getting tough.

Hence, Shashank shifted his focus to ecommerce, and went further to cater to only Shopify stores. His end goal now became pretty simple – to help Shopify owners make money. Today, PushOwl has 10,186 customers with an annual recurring revenue (ARR) of $700,000.

You visit an online store and really like its products, but don’t want to make a purchase right away as you hope the price may drop. Now, you will obviously not want to keep going back to the store to check on sales as it’s a tedious process.

“PushOwl makes it easy for people to subscribe for updates from a business. One click to allow getting push messages and they’re done. No sharing of email address, and you still get notified of promotions, sales, and more,” says Shashank.

He adds that these notifications are platform-agnostic. “They will be delivered to your subscriber irrespective of what device they are on and it doesn’t require them to be on your site at that moment.”

The product provides a whole suite of automation and is connected to their backend system such as order data, product data, customer data, and shipping data. It is very similar to the way mobile apps send us notifications.

PushOwl got its first paycheque of $9 from Tom Brown, the Founder of Posted Protein, a nutritional products company. Brown had contacted PushOwl to discuss how it could help his store get more sales.

Shashank says, “I can’t even tell you how ecstatic I was. Today, Posted Protein is one of the leading brands on Shopify in the UK.”

After getting Posted Protein on board as a customer, PushOwl used a smart growth hack to acquire more customers. It offered free tools to add more value to the group members.

“We offered small tools for free and that got people to interact with PushOwl and ask us more about its capabilities. That’s how we bagged our first 100 customers,” says Shashank.

Some of PushOwl’s prominent clients today include FashionNova, Colette, Boll & Branch, and VaporDNA. In India, Raymond, Durex, and The Hindu are some of its major clients.

PushOwl’s pricing is based on per notification delivered, and the company charges $19 for 10,000 impressions. Today, the system generates six million notifications a day.

But there was a little learning in pricing.

According to Shashank, when he started PushOwl, he didn’t expect to generate millions in revenue. He wanted to learn more and experience entrepreneurship. But when he started up, he worked alone from a co-working space. That phase when you don’t have anyone to talk to can be overwhelming for a first-time entrepreneur.

“Learning on the fly was the difficulty I faced. But that was the difficulty I wanted to solve,” he says. At this time, he met his first team member - Kunal Konde. Shashank says one can see the product roadmap more clearly when a founder has another person who believes in the vision.

Though the company started on a good note in terms of customer acquisition, it wasn’t generating enough revenues. It just had enough money to run the business. Shashank even had to sometimes freelance at night for extra money.

And as PushOwl was grappling with the pricing, one of the customers, who turned out to be an ex-VP at Walmart, returned to PushOwl with more work and asked them how much they would charge for the service.

“I knew where he came from and the experience he had. So, I decided to ask for 30 minutes of his time instead of charging him for the work. That’s how I learnt what it meant to price the product,” recalls Shashank.

In the next 18 months, PushOwl aims to make inroads in the US market. The company also plans to go beyond Shopify in the coming months. According to Gartner, the size of Software as a Service (SaaS) industry is estimated to be $143.7 billion.

Other players in the space include iZooto, FirePush, AimTell, Recart, Pushover, and Prowl. iZooto is a million-dollar company, while MoEngage, OneSignal, and CleverTap have raised multi-million dollar in funding.

The space may be crowded, but PushOwl claims it is rated as number one on Shopify. Only time will tell if this self-funded company will become a highly valued one in the future.

It only gets ‘butter’: how this startup changed the condiment game with its organic spreads