WATCH: These founders want you to save 'Wizely', one financial goal at a time 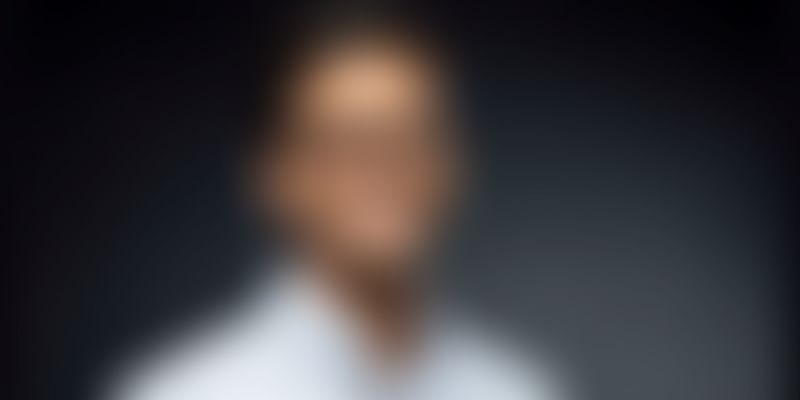 Want to travel? Buy your mother a ring? Or keen to own the latest smartphone? Bengaluru-based Wizely helps makes your aspirations possible with a data-driven savings plan.

The “have-money, will-spend” mantra may drive today’s youth towards their travel goals, but what about those who think they don’t earn enough? Fret not, say the founders of Bengaluru-based Wizely that teaches you to do just: save money "Wizely" to that you can fulfil all your goals, even travels to exotic places.

Vijay Bobba and Nihar Bobba, the Founders of Wizely, are on a mission to help people realise their dreams, one at a time. The startup offers a foolproof and “wise” solution to those who earn Rs 30,000 a month and may think it is next to impossible to travel after taking care of other expenses: spend only after you save.

Watch the founders in this video interview with YourStory Business Editor Vishal Krishna.

A little backstory on the founders -father and son - reveals Vijay Bobba is a serial entrepreneur who sold his previous company PayBack to Amex. Nihar Bobba, on the other hand, is a data science proponent who has worked as an i-banker in the US. The duo is now keen to instil the discipline of saving among the young population.

“Millennials save hardly 10 percent. Young people are saving less, and this is true across the world. We want them to use Wizely on top of other savings instruments such as fixed deposits,” the founders say.

The Wizely app nudges people to save more, and once they do that, rewards and offers from its ecosystem of retail partners go up.

“Borrowing is easy, paying back is difficult. We help people save and use savings to pay for their expenses. We think we are rational with our earnings, but we really don’t know how we are spending. We stratify money into different pockets. For example, at a ball game people end up paying Rs 700 for a can of beer when a six-pack of beer is available for less than Rs 500,” Nihar says .

The company was started in April 2018 to help people understand their relationship with money. The process began much earlier when in between June 2016 and March 2018, the founders surveyed thousands of Indians and their aspirations to save. They studied their goals and how they could get their finances to buy their mother a ring or plan for a wedding.

A lot of data was used to create aspirations and convince retail partners about why they needed to be on a savings platform. Users buy in to goals with their savings, and Wizely provides that platform for retailers (travel or shopping) and users. The goal eventually is one: not to be in debt.

Wizely enables one to save for their goals with just salaries. The app nudges people to save an amount every month to meet their goals such as saving for investing or vacation. By nudging people to save under 12 months, it enables them to realise the importance of being self-sustainable and not take on debt to live.

“Our research and interaction with audiences has given us a deeper view into what we call the ‘Wizely universe’; it comprises college students who are working with a fixed budget or pocket money, first-time professionals who have just started working but are learning to live on a ‘squeezed income’, freelancers who have an erratic income flow and live from project to project, and lastly, young professionals who survive on a stretched budget,” Nihar says.

Once the money is on the Wizely app it remains there (it is powered by YES Bank) and is returned to the user after one year as RBI does not allow apps to hold deposits. The business model for Wizely is to work with retail partners and take a percentage of the amount spent to buy things on ecommerce stores or retail stores.

The company has received a seed round of $2.65 million from Javelin Venture Partners along with several angel investors in the US, India, and Singapore.

For the next 18 months, the Wizely team will continue to focus on setting up and strengthening the savings platform. “We will create new and enhanced features that deliver a superior savings experience, which our steadily increasing user base will cherish. Our aim is to extract learnings from the saving behaviour of our users and deploy them to help people take the right financial decision,” Vijay says.

With 300,000 users, the future holds a lot of possibilities and opportunities for Wizely as it looks forward to becoming an integral part of its users’ financial journey. It wants to reach over a million users In the next two years.

Globally, apps like Starling, Monzo, and Chip are operating in this space. In India, the closest competition would be Piggy, but it differs in the fact that it allows users to invest in mutual funds, which is a completely different business when compared to Wizely.

According to the World Bank, gross domestic savings were around 30 percent in 2017. Financial analysts paint a grim picture. According to Kotak Institutional Equities, the savings rate was well below 20 percent in 2018. It reveals that savings have reduced owing to the cost of living combined with debt incurred.

Ten years ago, the savings rate was as high as 33 percent. It is time to be wise. Perhaps, save for the future Wizely?