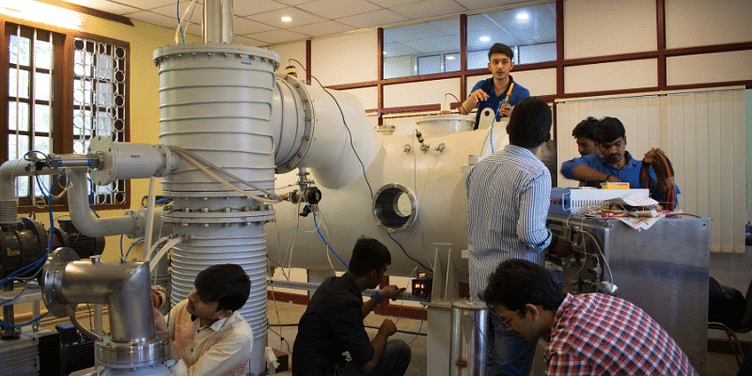 Indian spacetech startup Bellatrix Aerospace raises $3 million in a pre-Series A round from a group of venture capital investors, including actor Deepika Padukone. The startup will use the funds to expand its team and demonstrate its tech in space.

Bellatrix Aerospace, an IISc-incubated spacetech startup, has raised $3 million from a group of venture capital investors.

The Bengaluru-based startup will focus on expanding its team, which comprises 14 members as of now, and demonstrate its thruster technology in space. Founded in 2015, the startup is now reviewing NASA and European Space Agency standards to make sure their technology meets global standards.

The spacetech startup is building an electric-based propulsion system, Microwave Plasma Thrusters (MPT). This system gives customers the ability to take bigger payloads into space at a reasonable cost. It is also an eco-friendly alternative when compared to existing chemical propulsion systems.

The MPT is lightweight, possesses a three-time longer life, and is more cost-effective. This has bought the Indian Space Research Organisation (ISRO) on board for joint technology development.

Moving ahead, the startup also aims to build its own launch vehicles.

Bellatrix isn’t the only one working on water-based propulsion systems. Deep Space, Momentus Space Industries, and Tethers Unlimited are also working on the same line.

Speaking to YourStory on how investors are showing interest in the Indian space sector, Jatin Desai, General Partner of IDFC-Parampara, who led the round, said,

“The private space industry in India is becoming an interesting space for VC investments, with Indian companies competing aggressively with global counterparts. We evaluated many companies in this area and found the Bellatrix business model and team to be a promising bet. The company will now focus on building world-class products and setting up a global footprint.”

As per Rohan Ganapathy, Founder, Bellatrix hopes to complete its Series A funding round by the end of 2020, and set up offices in the US and Europe