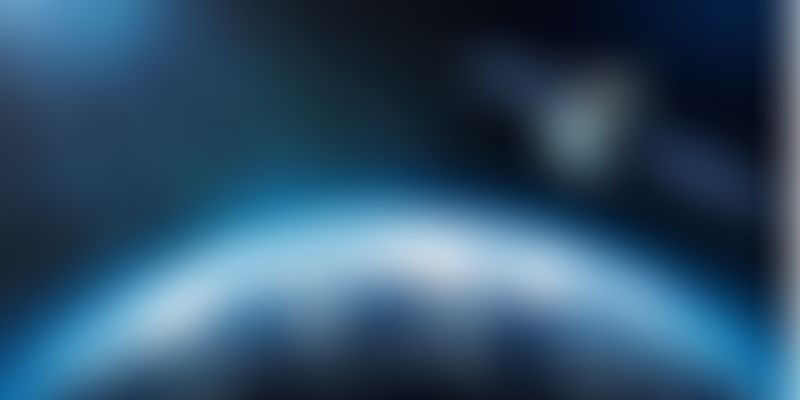 Space is emerging as a viable commercial field as costs have dropped significantly and satellites are finding many more applications. Indian entrepreneurs are readying to take a bite of the $330 billion global space market pie.

“Space: the final frontier” may have held true in Star Trek, but Elon Musk and Jeff Bezos have made the world think differently with their SpaceX and Blue Origin space ventures. Once the preserve of government agencies around the world, space technology is now attracting startups and the private sector.

And even as Jeff Bezos aims to colonise the moon and Elon Musk details out his Mission Mars, India Inc and entrepreneurs are keen to “boldly go where no man has gone before”.

It isn’t that India hasn’t worked towards advancement in space technologies till now. The Indian Space Research Organisation (ISRO) led the way by launching its first satellite, Aryabhatta, in 1975. Barely 10 years later, in 1984, Rakesh Sharma became the first man from India to go to space.

ISRO’s giant strides saw it landing a craft, Chandrayaan, on the moon in 2008. Like ISRO, government agencies ruled the roost in most countries, be it NASA (US), Roscosmos (Russia), CNES (France), European Space Agency, or Israel Space Agency. But no more.

This strong ecosystem built in India over the last 50 years is now witnessing the mushrooming of startups keen to venture into space. Space is emerging as a viable commercial field as costs have come down significantly and satellites have many more applications than before.

The global space market is worth $330 billion and there are 4,000-plus satellites in space now. As per a Euroconsult Report, the number of satellites is expected to grow. By 2027, there are likely to be 7,000 satellites in our orbit.

But there’s a difference. Tasks done by large satellites for earth observation and telecommunications can now be done by small satellites.

The commercial side of earth observation has grown over the years as the cost of satellite manufacturing has gone down by 80-90 percent, especially in the small category. This has allowed smaller companies to put satellites in space and use the data generated for various purposes.

Also read: This Indian startup is cutting the cost of putting satellites in space, making them last longer

Aiming for the stars

On a global scale, the small satellite market is growing at a rate of 10- 12 percent annually. But, the market for large satellites, which weigh more than 1,000 kg, has come down.

“If you see the space market, startups are emerging as either full-stack business providers or as component manufacturers. For instance, Bellatrix Aerospace is providing low-cost propulsion systems whereas startups like Agnikul and Skyroot Aerospace are providing end-to-end solutions, from building a dedicated vehicle to launching into orbit.”

Space is no longer an expensive affair. Advanced manufacturing techniques have brought down the cost of manufacturing small satellites, which weigh less than 500 kg. Last year in 2018, nodal satellites division like UR Rao Satellite Space Centre (URSC) had signed a three-year contract with Alpha Design Technologies and its six consortium members; Bharat Electronics Limited, and with Tata Advanced Systems. Here each partner will be working with URSC to manufacture three small to medium satellites per year.

“In the last five years, the cost of manufacturing of small satellites has come down by a whopping 80-90 percent. This is because small satellites are designed to serve a time period of somewhere between three to four years in orbit. The shorter time span reduces the overall expense of parts like optics. Other new components have also brought down the price and the cost of payload. Think of it like smartphones, prices of which have come down over the years due to technological advancements.”

Kris Nair, Co-founder and CEO of Kawa Space, says it builds customised satellites for their customers as per their need and,

“in a single cluster or constellation puts out 22 small satellites in one go”.

At present, foreign private entities are looking at Indian space startups for the launch of vehicle applications.

Also read: This startup founded by IIT alumni wants to become the ‘Jio’ of satellite communication

The reason? Cost-effective solutions and shorter timelines. For instance, Agnikul Cosmos can launch a foreign satellite in space within two weeks of being approached. It is building launch vehicles that cater to the small satellite markets.

It will be under the Department of Space (DoS), Government of India. Nitish Singh, Co-founder and Director, Astrogate Labs, Bengaluru, says, as for now it’s a primary rule in the space sector that the satellite needs to be registered with the country from where it will be launched so that in case of any mishap in space, the nation would be responsible for the consequences.

On the other hand, satellites also need to comply with the International Telecomuncation Union (ITU), which coordinates the shared global use of the radio spectrum, promotes international cooperation in assigning satellite orbits, works to improve telecommunication infrastructure in the developing world, and assists in the development and coordination of worldwide technical standards.

But when it comes to venture capital investments, space remains a risky affair. The sector needs a lot of “patient capital” to allow more time on research and development to showcase their initial prototype of the concept.

Srinath, Co-founder and CEO, Agnikul Cosmos, says investors are looking for an early return within a year or two, and aren’t willing to wait for three or four years.

But, things are changing now with plenty of innovation in deep tech and space hardware.

“Investors should look into how the hardware that was developed for space application has become a layman’s tool for his/her daily activity. For instance, GPS was initially developed for space application; over decades, it has become a daily tool for people to find nearby locations. In simpler words, deep tech space hardware has multiple solutions - that is one thing investors need to observe and understand.”

Investors, meanwhile, are trying to understand the ropes of the deep tech space hardware innovation and market.

Also read: This space entrepreneur from a small town in Rajasthan is taking on the Elon Musks of the world

The space market is not like the food delivery market where it all begins with a bunch of people. Here, Kris believes that “to get into the first step of implementation is quite complex, even if one has the potential capital. For instance, how to figure out regulation and understand the complex space market”.

“From the private perspective, patient capital is required. That’s where the opportunity lies for funds like us and other venture capitalists. We need to come early and genuinely identify innovation in these domains and great teams who can perform and execute their concepts.”

How important are institutes like the IITs or the IISc? Vishesh says,

“Space is an interesting mix of old wine in a new bottle. We still need the old domain expertise that the old IITs and IISc can offer with their best-in-class resources.”

“The maturity of engineering that happens in ISRO and in DRDO, for instance, is on a high note when compared to academic institutions.”

Many Indian institutes have built small satellites and launched them in space, but there is a long way to go as far as building a launch vehicle is concerned. This is because of the practical engineering applications required for launch vehicles; these are only carried out in government organisations.

But it’s a fact that academic institutes are helping entrepreneurs understand how problems can be solved indigenously. Bellatrix Aerospace, a Bengaluru-based startup that provides cost-effective satellite propulsion and allows satellites to carry more loads, is incubated at IISc.

With an institution like IISc on-board, Bellatrix Aerospace has access to reliable resources and laboratories for their research and development. The expertise of professors like Professor Satyanath Chakravorthy has also been fruitful for Agnikul, an IIT-Madras-based startup manufacturing low-cost launch vehicles for small satellites.

Being a part of IIT-Madras has enabled Agnikul Cosmos to have access to National Centre for Combustion Research and Development (NCCRD), where the team looks into the development of their launch vehicle’s propulsion system.

“These old institutes, be it IIT-Madras or IIT-Bombay and others, have always had deep work going in terms of research on the education side in space. On the same note, startups need infrastructure from these institutes as one doesn’t have the potential funds to build their own. This form of support is invaluable in the early stage.”

Also read: Made in India, for the world: this startup incubated at IIT Madras is an Uber for putting satellites in orbit