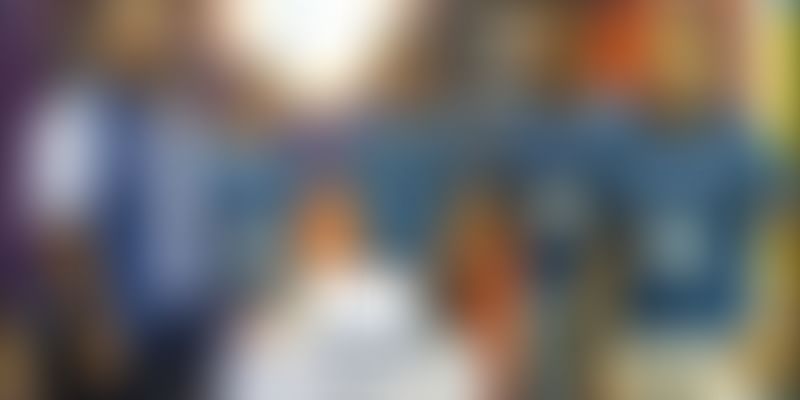 Mumbai-based CreditMate went from disbursing bike loans to building a data-led collection platform aimed at reducing repayment failures, and EMI bounce rates. On the way, the startup found Paytm as a major investor.

CreditMate began as a vehicle financing startup in late-2016 with the purpose of improving credit access for buyers of second-hand two-wheelers.

The startup made a reasonable business out of it, going on to disburse about $14 million in bike loans - mostly to blue-collar workers - and creating a network of about 150 dealers across Mumbai and Gujarat. With an average loan size of Rs 50,000, and a longer repayment cycle compared to peers’, CreditMate claims to have brought down repayment failure rates to under 1 percent.

Predictably, the Mumbai-based startup attracted the attention of India’s fintech majors, including Paytm, which went on to acquire a significant stake in the company in November 2017. (Prior to that, in October 2016, CreditMate had secured a seed funding of $500,000 from early-stage VC India Quotient.)

Paytm’s goal was to leverage CreditMate’s proprietary data-driven credit evaluation engine for its own lending product, Paytm Postpaid, which had launched just a week before the acquisition. At that time, 65 percent of CreditMate customers were already Paytm users.

In the succeeding months, the startup witnessed a 40 percent month-on-month increase in loans disbursed. Users could apply for CreditMate loans in a hassle-free manner through the Paytm website.

In June 2018, Paytm put an additional $10 million in the startup. While the bike loan business was going steady, CreditMate was ready for a ‘pivot’. It looked to expand into the hugely fragmented debt collections space, and started building a technology platform for third-party lenders.

“We disbursed a significant amount of loans before pivoting into our collections play. We built out the internal technology that we’d developed for collections into an external [SaaS] platform that allows lenders to connect with collection infrastructure.”

The platform went live with third-party lenders three months ago. There are 12 lenders (CreditMate refused to share names) on board. It has resulted in several million dollars of collections so far, with $8 million in June alone.

CreditMate claims that its technology has led to a 15-20 percent increase in collections, and is on track to fulfill its vision of empowering borrowers with better credit scores and lenders with improved lending performance.

“Every month, there are 15-20 percent loan repayment failures, thus putting hundreds of billions of dollars at risk. At the country level, it contributes to 11 percent non-performing assets (NPAs). Our platform will reduce inconsistencies in unsecured personal lending, and improve the overall experience for borrowers.”

Mapping lenders and borrowers with algorithms

The smart, algorithmic platform developed by the startup automatically matches lenders to agencies across regions. It improves speed and security, and helps lenders track the collection process in real time with the help of live dashboards, data analytics, and insights.

For borrowers, there is automated billing and reconciliation, and resolutions at the “lowest possible cost”.  There are also multiple payment options, including cash. The startup asserts that its collection agents are vetted and verified (crime checks done too), and ensure the highest level of data and cash security. Collection amounts can range between Rs 500 and  Rs 500,000.

“We are filling in the gaps in collection coverage, especially in rural areas, with our large feet-on-street (FOS) network. This allows lenders, who are new to a certain geography, to lend with confidence.”

“The technology can automatically allocate. Over time, the platform learns which agency works on which problem, or which one works well in which region, and so on.”

The Paytm-backed startup reveals that cash drop points have been a huge success, amounting to over 50 percent of all collections.

“Every collection agency is very local and regional. They do not have the muscle to service all of India. But they might be very good in a certain neighbourhood, and hence, the response to cash pick-ups has been great,” Jonathan explains.

Considering there are 200 million consumer loans disbursed in India annually, CreditMate is staring at a massive lending market (growing at 28 percent) which it can a) organise, and b) influence.

A 2018 report by credit information firm TransUnion CIBIL states, “We are in the midst of a robust Indian consumer credit market expansion where we are seeing immense growth in both the number of accounts and balances for most major credit products, including credit cards and personal loans.”

Jonathan, too, believes that India is just getting started in the lending space. “We will see continued revolution in this space, and small lenders and NBFCs will drive this growth,” he says.

CreditMate plans to add several new capabilities to its platform because the founder believes that “lenders should be focused on lending”. Others can take care of collections. “Lenders shouldn’t be building vertical solutions,” he says.

But, a 40-people strong startup will. And, it is. While CreditMate is tightlipped about its financial health, Jonathan says,

“In two years, we lent $14 million in the two-wheeler business. That money is flowing back now.”

He adds, “Pivots are fundamentally useful. I quite liked our journey."