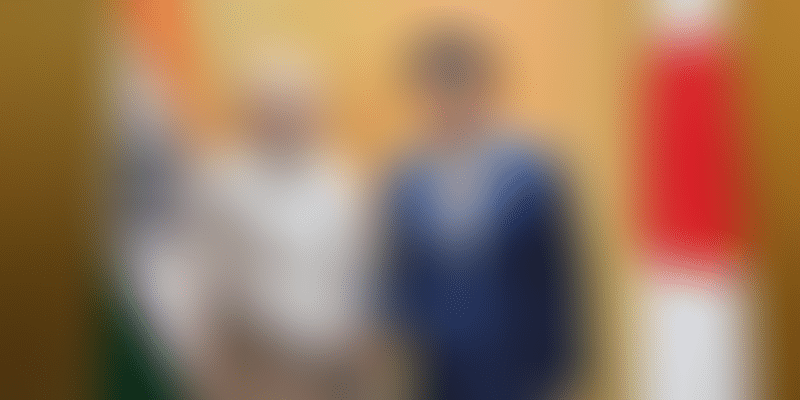 Noting that Japan has been a partner in India's development for decades, the Prime Minister said Tokyo will have a major role to play in the building of a "new India".

Prime Minister Narendra Modi on Thursday said the bilateral strategic ties between India and Japan will become more robust as India aims to be a $5 trillion economy in the next five years.

"Today there is no such part of India where Japan's projects or investments have not left its mark. Similarly, talent and manpower of India are contributing to strengthening Japan," he told an enthusiastic Indian community, which gave a rousing welcome to the Prime Minister and chanted "Bharat Mata ki jai" and "Jai Shree Ram'.

Modi is currently in Japan to attend the G20 Summit to be held in Osaka from Friday.

"In the next five years, our target is to make India a five-trillion dollar economy. Social sector remains our top priority. Also we will focus more on infrastructure development, especially digital infrastructure," he said.

Japanese funds investing in Indian companies is not new. SoftBank is the biggest example with investment in companies like OYO Rooms and Flipkart. Other smaller funds such as the UTEC have invested in successful healthcare technology companies like Tricog and Bugworks Research. Now, with the support of TV Mohandas Pai, Chairman of Aarin Capital, a new Japanese fund called The Indo-Japan Emerging Technology and Innovation AIF is coming to Indian shores.

Last May, the Ministry of Economy, Trade and Industry (METI), the Government of Japan and the Minister of Commerce issued a joint statement initiating a 'Japan-India Startup Initiative', and METI launched the 'Japan-India Startup Hub' at JETRO, Bengaluru, a PSU under METI, to connect Indian startups and Japanese companies.

Rajiv Kumar, Vice-Chairman of NITI Aayog, proposed the idea of a fund to Minister Hiroshige Seko, and to subsequently launch an India-Japan fund of funds. Accordingly, METI, RNAM, Mohandas Pai and RK Mishra (non-resident scholar at Carnegie India) facilitated the participation from India and Japan.

Noting that Japan has been a partner in India's development for decades, the Prime Minister said Tokyo will have a major role to play in the building of a "new India".

He said India is planning to explore the space and the possibility of having the country's own space station.

"The second mission to Moon, Chandrayaan-II, will be launched soon. By 2022, India will also launch its first manned mission 'Gaganyaan'," Modi said.