President Trump, championing his 'America First' policy, has been a vocal critic of India for levying "tremendously high" duties on US products, and has described the country as a "tariff king".

India's "very high" tariffs on US goods are "unacceptable" and must be withdrawn, US President Donald Trump demanded Thursday ahead of his crucial meeting with Prime Minister Narendra Modi on the sidelines of the G-20 Summit in Japan, which is likely to be dominated by growing global trade frictions.

President Trump, championing his 'America First' policy has been a vocal critic of India for levying "tremendously high" duties on US products, has described the country as a "tariff king".

"I look forward to speaking with Prime Minister (Narendra) Modi about the fact that India, for years having put very high Tariffs against the United States, just recently increased the Tariffs even further. This is unacceptable and the Tariffs must be withdrawn!" Trump said in a tweet early this morning on his way to Osaka, where the G20 Summit will open on Friday.

Trump will hold a bilateral meeting with Prime Minister Modi on Friday on the sidelines of the G-20 Summit. This would be his first meeting with Modi after the BJP's landslide win in the general elections.

Trump's tweet came a day after the India visit of Secretary of State Mike Pompeo, during which he met Modi, External Affairs Minister S Jaishankar, and National Security Advisor Ajit Doval and discussed a number of issues, including the trade friction.

The Trump-Modi meeting assumes significance in the wake of the strain that has popped up in the bilateral relationship on a host of trade and economic issues.

On Wednesday, US Secretary of State Mike Pompeo was in New Delhi and called on Prime Minister Modi and held talks with Foreign Secretary S Jaishankar.

"On some outstanding issues related to trade, I pushed for a constructive and pragmatic view. The real test of our intentions will be our ability to deal with this," said Jaishankar.

Asserting that "great friends are bound to have disagreements," Pompeo said the US has been clear in seeking greater market access and the removal of trade barriers in its economic relationship with India.

"We'll keep working to resolve any economic disputes - not only those that we have at this moment, but those that with any significant trading relationship inevitably arise," Pompeo said.

India has raised tariffs on 28 items, including almond, pulses and walnuts, exported from the US in retaliation to America's withdrawal of preferential access for Indian products.

Trump has also criticised India's high import tariff on the iconic Harley Davidson motorcycles as "unacceptable" though acknowledging that his "good friend" Prime Minister Modi has reduced it from 100 percent to 50 percent.

Last February, India slashed the customs duty on imported motorcycles like Harley-Davidson to 50 per cent after Trump called it "unfair" and threatened to increase the tariff on import of Indian bikes to the US.The government on June 21 last year decided to impose these duties in retaliation to the US decision of significantly hiking customs duties on certain steel and aluminium products. America, in March last year, imposed 25 percent tariff on steel and a 10 percent import duty on aluminium products.

As India is one of the major exporters of these items to the US, the move has revenue implication of about $240 million on domestic steel and aluminium products.

Many US companies like Google, Mastercard, Visa, and Amazon have raised concerns over the issue of data localisation and its impact on their operational cost.

In April last year, the Reserve Bank of India had issued a directive on 'Storage of Payment System Data'. It had advised all system providers to ensure that within a period of six months, the entire data relating to payment systems operated by them is stored in a system only in India, for effective monitoring.

India has also dragged the US to the World Trade Organization's (WTO) dispute settlement mechanism over the imposition of import duties on steel and aluminium.

India exports steel and aluminium products worth about $1.5 billion to the US every year. India's exports to the US in 2017-18 stood at $47.9 billion, while imports were at $26.7 billion. The trade balance is in favour of India.

The US and China have been locked in a bruising trade war since Trump imposed heavy tariffs on imported steel and aluminium items from China in March last year, a move that sparked fears of a global trade war.

Trump has already imposed 25 percent tariffs on $250 billion in Chinese imports and China has retaliated with tariffs on US goods.

In response, China imposed tit-for-tat tariffs on billions of dollars worth of American imports. 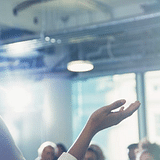 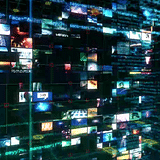 Emerging technologies and the art & science of possibilities 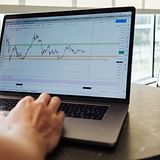 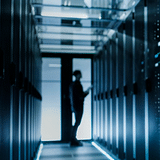 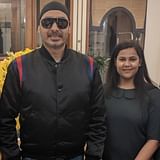