WATCH: Can AI and ML help spot panthers in the wild? Tourism startup WildTrails shows you how 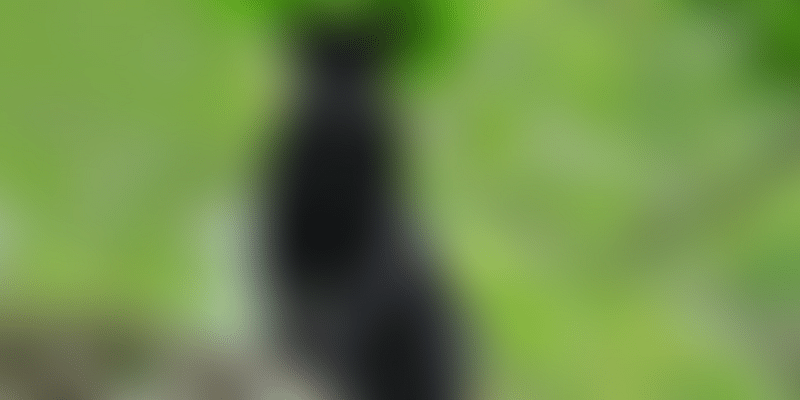 Bengaluru-based tourism startup WildTrails wants to change the way wildlife lovers choose their holiday destinations. In a video interview with YourStory, Founder Manjunath Gowda explains how it uses AI and ML to predict the chances of spotting a particular wildlife species during a certain period.

To a wildlife enthusiast, going on safari and returning without sighting a biggie (think a Royal Bengal tiger or a black panther) is like eating a cupcake without getting a sugar rush. But Bengaluru-based tourism startup WildTrails is here to change all that.

Founded in September 2016 by Manjunath Gowda and Geeta Gauri, the artificial intelligence (AI)-powered startup claims to be the only one in the world to “apply data mining, analytics, and machine learning to increase the probability of wildlife sightings”.

Manjunath’s motto, he says, is one: “Look before you book.” And his startup, now operational across India and Africa (Kenya and Tanzania), claims to provide information that “you can’t even find on Google” and ensure that wildlife enthusiasts get their money’s worth when they book an expensive safari holiday.

WildTrails collects sighting data across national parks and tiger reserves across India (and the two African countries). The team then runs AI and ML algorithms on the data, using variables like the phases of the sun and moon, seasons, and regions, to detect patterns.

“Using these patterns, we generate a Sighting Index metric that predicts one’s chances of sighting a particular species,” Manjunath says.

The cat’s out of the bag

Citing an example, Manjunath says he has discovered a pattern for sighting black panthers at Kabini Wildlife Sanctuary.

“The sightings are closely associated with the full moon and new moon,” he says.

Recalling a recent incident, Manjunath says the 11-member team has also connected the dots and found a pattern to spot black panthers. A Saudi client contacted him last year, keen to see a black panther. “Within 24 hours of landing in Bengaluru, he spotted one!” Manjunath says.

Growing up in Mysuru, Manjunath spent a lot of time in zoos, watching and feeding animals. “I especially grew a fondness for the big cats,” Manjunath recalls.

After i7, Manjunath decided to turn his passion for wildlife into his profession.

However, Manjunath’s eureka moment came much earlier. Visits to Kabini and Bandipur in the hope of spotting a tiger always disappointed Manjunath.

“It was not an era of mobile phones and I used to call the local guides there to enquire about the sightings and note them down on a book,” he says.

Soon Manjunath started drawing patterns and visiting the parks according to his predictive analysis.

“Various such patterns failed and I re-worked on them until one finally worked,” Manjunath recalls.

The startup has partnered with 30 national parks across India and a few in South of Kenya and one in Tanzania, and also helps customers book safaris on the platform itself. The parks include popular ones like Bandipur National Park, Pench Wildlife Sanctuary, Kanha National Park, Masai Mara, Naivasha National Park, Ol Pajeta, and Serengeti National Park.

Numbers do the talking

Manjunath and Geeta have invested Rs 50 lakh into their startup. Angels, including Rao Remala, Sharad Sharma, Murali Venkat Rao, Winnie Chu, Vijay Rayapati and Kumar Rangarajan, have pumped another $125,000 into the company.

“We have served more than 500 groups already,” Manjunath says.

The founders claim a revenue run rate of around Rs 3 crore a year and say the company has been growing 100 percent year on year.

WildTrails is now focusing on getting data and platform play in Africa. They are also planning to market Indian safaris to the western world.

“We have now ventured into Africa and plan to cover all of Africa and target South America by next year,” Manjunath says.