Our goal at Amazon and AWS is to put the power of ML in the hands of every developer, says Gabe Hollombe 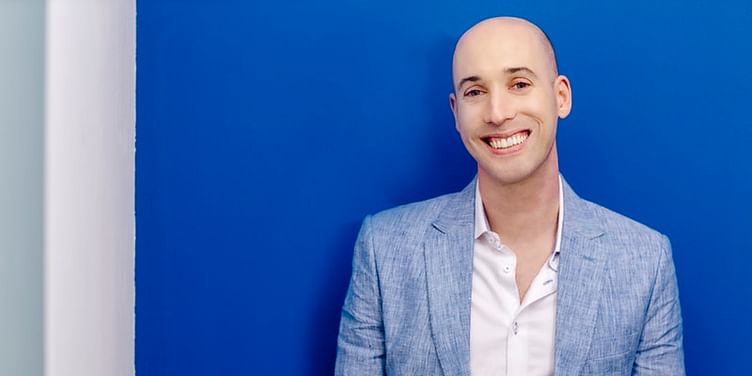 Gabe Hollombe, Senior Technical Evangelist at AWS, is a multilingual full-stack development leader, besides being an engineering manager and software mentor. Previously a software developer, Gabe now educates the technical end-user, rather than just writing code. He educates other software developers about how to build on AWS.

“AWS has over 165 services, and the number of features within these services continue to increase each day. I inspire software developers with the possibilities to build with AWS’ ever-growing suite of services,” Gabe says.

YourStory: What is your favourite technology?

YS: How does AppSync work?

GH: A few years ago, Facebook developed and then released a new technical specification called GraphQL. When a computer requests data from another, GraphQL specifies the way in which it should communicate, without mentioning the technology one should use for it. What AppSync does is it provides a managed GraphQL end point in the cloud on AWS.

AppSync thus makes it easy to store or retrieve data in a standardised GraphQL fashion. More and more developers are starting to use GraphQL, and with the help of AppSync, they can run it in the cloud without having to focus on scalability, security, or high availability of that GraphQL service; that will be an AWS concern. It is kind of server-less in that fashion. Thus, developers can now focus more on the ‘what’ and less on the ‘how.’

YS: Tell us about AWS SageMaker.

GH: That is my second favourite technology!

SageMaker sits in our artificial intelligence (AI) and ML stack at AWS. With SageMaker, you teach the computer how to do a smart thing and then host that smart thing somewhere else so that it works in a highly available, secure, and scalable fashion.

Our goal at Amazon and AWS is to put the power of ML in the hands of early developers. Many of our customers say that it is meeting our goal.

Before SageMaker, customers told us they wanted to build their own models, but they did not have ML experts who knew the algorithms they should use. Thus, SageMaker comes with many building algorithms. The user has to just provide the data and let us know the type of problem they are solving. We have documents to help them pick which of the built-in algorithms they would want to train in.

Therefore, users do not need to have a PhD in data science or ML or be a mathematics expert to build something.

One of our clients, Intuit, uses SageMaker to train their model to help business owners in America itemise their taxable deductions for their expenses.

YS: What are the popular applications that use AI?

GH: We have a bunch of services called high-level AI services. All one has to do is feed the data and you get the results.

Examples would be applications like Amazon Rekognition, which companies like Shaadi.com use for face detection. When you take a profile picture, a human doesn’t need to moderate that; and a computer can do that now.

Similarly, Policy Bazaar uses Amazon Polly to make phone calls to its customers to say things like, ‘You know you need to upload three documents and you’ve only uploaded one.’ And they have seen a huge increase in the efficiency of their operations. More people are listening to the phone call by Polly, than when a person called them. That is interesting.

YS: What is your view on blockchain?

GH: Last year, bitcoin hit a 20,000 high and everybody was suddenly talking about bitcoin and blockchain. They became buzzwords. A lot of customers came to us talking about blockchain; what it can do and how it can add value. One of the common cases that surfaced was the idea of needing a cryptographically verifiable ledger.

So, one of the new services that we announced last November was QLDB – The Amazon Quantum Ledger DataBase. It takes one of the concepts from blockchain. Every cell with data is written to a ledger with some maths. This ties every new data to the previous one in such a way that it can be verified. Thus, one can be sure that the data is saved and is not compromised.

The only modification one can make is by adding new data. It is not possible to change data in the past. Having said that, QLDB works when you have a team that trusts each other and knows that no one will change the data source.

On cases where there is a distributed decentralised network, and there is no central point of trust, we have Amazon Managed Blockchain. It’s where you can setup your own blockchain network without any hassle.

We also currently support Hyperledger, and will be soon releasing support for Ethereum, another blockchain technology.

YS: How many decentralised applications have been developed from blockchain?

GH: Today, I can buy Ethereum and put smart contracts or run distributed or decentralised applications on the Ethereum network. But some companies do not want to run on the main network; they want that same technology on their own isolated and private network. That’s what Amazon Managed Blockchain does.

YS: What is new with enterprises using AWS?

GH: A lot of enterprises are now using ML. Sagemaker is receiving huge uptake by enterprises and not just startups. IoT as well; and there are a lot of synergies between these.

More and more devices are coming online – and not just computers and smartphones but sensors. Sensors in factories or things that traditionally wouldn’t have had a sensor in them.

The Rotimatic Robotic Roti Maker is a nice example. The company that makes it runs on AWS. Every time a roti is being made, they send some data about the device itself up to the cloud, and you can use this for predictive maintenance.

We are seeing a lot of these kind of use cases where companies are applying ML to analyse data. Having more data means leveraging it for newer and better customer experience.

YS: What can we expect from AWS in the future?

GH: We will continue to innovate in the ML space. We are just getting started.