This bootstrapped startup from Delhi offers cab services for women, by women 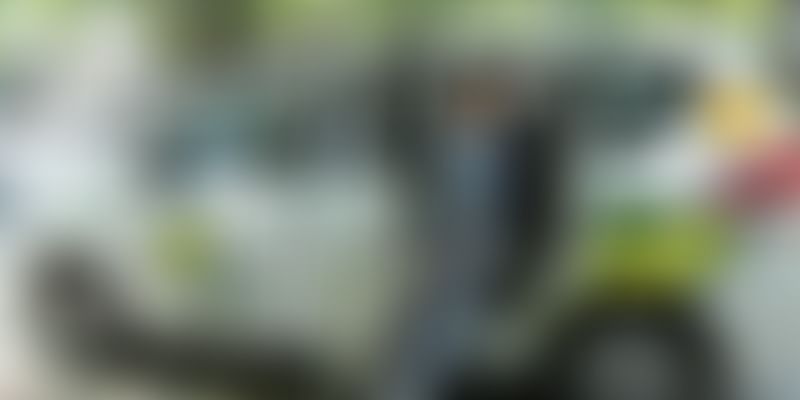 Koala Kabs was born out of a mother's instinct to ensure the safety of her daughter while commuting to school. Two years into its operations, the startup now serves 130 women and children regularly.

Shailja Mittal (34) used to send her 11-year-old daughter, Krisha, to school in a private cab run by a person known to her. One morning, the regular cab driver sent a new driver to pick Krisha. The thought of leaving her child in a stranger’s care, even on a small school commute, was terrifying for Shailja. Added to that, the reputation of Delhi being an unsafe city and her worries only grew.

“I decided not to send her with a stranger and drove her to school myself. I had to cancel my meetings to pick her up in the afternoon,” says Shailja, a mother of two.

Shailja pondered over this problem, and decided to fill this gap with a service that parents could depend upon and trust when it came to their children.

This led to what Shailja calls “the birth of her third child” – Koala Kabs. Started in June 2017, Delhi-based Koala Kabs provides cab services, driven by a crew of women drivers, and caters to only women and children.

As intriguing as it sounds, naming a cab service after an animal makes a lot of sense, according to Shailja.

“Koala bears look cute and harmless but are very ferocious when it comes to the security of their little ones,” she says.

She started Koala Kabs along with her friend Anmol Gupta (30) to offer a reliable and safe mode of transportation for women to travel to-and-fro from their offices, and for children to go to school, colleges, and also provides after-school activities.

Currently operational only in the Delhi-NCR region, Koala Kabs soon plans to expand to other metros and Tier II cities of the country.

Got a problem? Find a solution

Shailja completed her BTech from Delhi College of Engineering, after which she worked as a software engineer in a few multinational companies and also worked as a robotics trainer. Anmol was previously managing his father's pharmaceutical business, and now manages Koala Kabs' operations.

"It was initially difficult to convince customers to not compare us with other cab aggregators. We work on a different model where safety and quality is our primary motive; and not the availability of cabs," says Shailja.

Koala  Kabs got its first customer when it promoted the service outside the gates of the Step By Step School in Noida.

For women, by women

While a cab service exclusively targeted at women was a great idea to begin with, they initially faced a challenge recruiting women drivers.

"Instilling confidence in women who were already good drivers but did not wish to work as cabbies, because log kya kahenge (what would people say?) was a task.”

She takes pride in the fact that the team has overcome this challenge, and now has 17 driving partners.

Currently, the team has five full-time employees and 10 freelancers handling technology and marketing.

“Koala Kabs owns 15 cabs of its own, as it is difficult for women drivers to ask money from their family members to invest in one,” she adds.

However, as the company scales, Koala Kabs plans to get into an aggregation model. They are actively looking for investors for the same.

Under 'My Koala' package, a woman can hire a cab for a couple of hours by placing a request on the app at least an hour in advance. Rides are charged per 10 km or per hour at Rs 275.

'Koala Share' is a pre-defined carpool service where the routes, fellow passengers, car, and chauffeur is fixed. For this, the startup charges a minimum monthly fee of Rs 6,500 per person, per seat.

'Koala Xclusive', on the other hand, is an exclusive tailor-made monthly package designed according to the customer's requirements. It charges depending on the number of hours the services are availed for.

Koala Kabs’ main target audience are parents who can afford at least Rs 6,000 on their children’s school travel, women, foreign tourists, or women visiting the city from outside.

Besides these, Koala Kabs' has over 130 regular clients.

"We have new strategies and operating verticals in the pipeline," says Shailja.

“I was bogged down by many family responsibilities. On some days, my family and I had to even go without food. I had a driving licence and also drove cabs but was not happy with the money I was getting. After I enrolled with Koala Kabs, my life has taken a turn for the better. I am happy with the training I got. I now have a stable income, and also get time to spend with my family,” says Kuwar, a driver with Koala Kabs.

According to Statista, revenues in the ride-hailing segment in India is expected to show an annual growth rate of 8.8 percent, resulting in a market volume of $41,059 by 2023.

According to the founders, the annual revenue for 2018 was close to Rs 1 crore, compared to Rs 8 lakh in the first year of operations, and they are on the verge of breaking even.

"From 2020, we will replicate and expand the model to cities like Ahmedabad, Mumbai, Kolkata, and further to Jaipur, Lucknow, and other Tier II cities," says Shailja.

When Shailja was starting up, her friends and relatives were skeptical of the idea. "They told me people in India will not trust women drivers,” she says. Today, the same people book rides on a regular basis, she adds.

It’s a victory, for a woman entrepreneur and also for women’s safety.