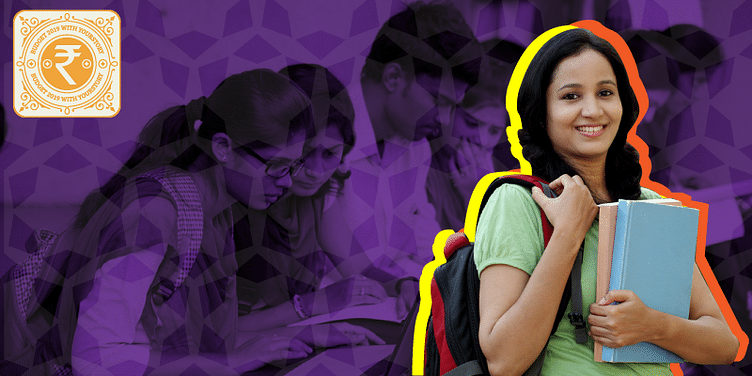 In her maiden Budget, Finance Minister Nirmala Sitharaman calls for a transformation of higher education in India, announcing different schemes and emphasising on a continued focus on online courses.

In her maiden Budget, Finance Minister Nirmala Sitharaman announced, "We have set the ball rolling for a New India."

Reiterating Modi 2.0 government's vision to turn India into a $5 trillion economy by 2025, she said,

"From $1.85 trillion in 2014, our economy has reached $2.7 trillion in just five years. Hence, it is well within our capacity to reach the $5 trillion in the next few years," she said.

After outlining her plans for infrastructure, economy, rural India, and agriculture, Sitharaman spoke about transforming the quality of higher education in India.

She said that this year, the government will bring in a National Education Policy to bring higher education in India to the international level.

The Finance Minister proposed an allocation of Rs 400 crore for world-class higher education institutions in FY20.

Sitharaman emphasised on research and innovation, and announced the formation of the National Research Foundation (NRF) for the same. She said the funds of all ministries will be merged for the foundation of the NRF.

Apart from this, the Finance Minister stated that the government will be increasing its efforts to improve the skills of youth in fields of Artificial Intelligence (AI), Big Data, Robotics, and other newer skills.

"These are highly valued within and outside India, and can ensure that our youth can secure high paying jobs across the globe," said Sitharaman.

The Finance Minister also emphasised on upgrading the quality of teaching in the country. She stated that 'GYAN' was kicked off with an aim to bring a global pool of scientists and researchers to India.

"From no single Indian institute in top 200 universities ranking until five years ago, we now have three institutions in the top 200 global institutions bracket - two IITs and IISc Bangalore."

The Finance Minister also announced that the government aims to to make India a hub of higher education and proposed 'Study in India' to bring in foreign students to pursue education here.

Budget 2019: Will FM Nirmala Sitharaman unlock the plan to turn India into a $5 trillion econom...