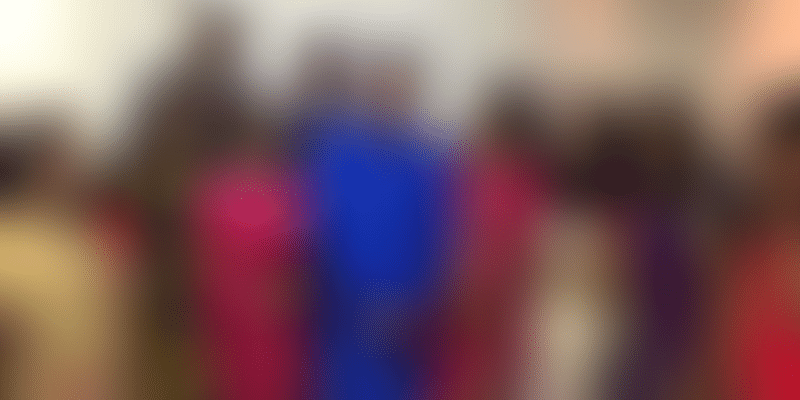 The world of commodities deals in a lot of instability and volatility because of the very nature of the business. But this was compounded even further earlier because the process lacked a data-driven approach. Companies needed to make faster decisions with agility in an ever-changing regulatory environment.

From coffee trading to starting up

When he was only a coffee trader and just starting to learn the nuances of the trade, Manav understood the fragmented nature of the commodities industry, which was primarily run on emails and spreadsheets.

"Traders were using dated processes to manage complex commodity operations. The in-house commodity trading and risk management (CTRM) solutions we were using were outdated and did not give any real-time, accurate information. We spent days creating reports because everything was done manually. There was a clear lack of technology, which was impacting growth," he explains.

Realising the market opportunity, and combining it with passion for technology, Manav decided to set up one of the first few product startups in the country in the commodities trading space.

What does Eka do?

The company has a team of over 400 employees. Headquartered in Bengaluru, Eka has offices in the US, the UK, Dubai, Singapore, Mauritius, Australia, and Canada.

The journey of an early product company

Manav grew up in a small town in Punjab and studied engineering at regional engineering college (REC) in Jalandhar. He did his MBA from the Indian Institute of Foreign Trade (IIFT) in Delhi, and started his career as a coffee trader at the GP Group in Singapore. This was where he closely looked at the gaps in commodity management.

He said, "Even as a student, I always had an urge to do something on my own. I probably got it from my father who had similar aspirations."

In the early 2000s, while the market's focus was on building brands for services, Manav wanted to break away and explore software products.

Eka’s first round of funding came from Manav's former employer Kirit Shah, the Chairperson of GP Group, a Thailand-based strategic investment group that owns several public- and privately-owned companies across diverse sectors. After doing his research for about a year and putting together a proposal, Manav mustered the courage to approach Kirit.

"He was kind enough to meet me in his Bangkok office. After our meeting, he agreed to fund $1 million in capital and that’s when our journey took off."

Despite being profitable within the first year of operations, Eka raised funds to expand the business. It received two rounds of funding after the initial investment, first from Nexus Venture Partners in 2009 when they invested $10 million, and second, when Silver Lake Kraftwerk and Nexus VP invested $42 million in 2013.

Manav then started expanding into new markets through acquisitions. “We acquired two businesses in 2013 - EnCompass Technologies, a Calgary-based provider of energy transaction and risk management software, and Matrix Group, an Australian software company specialising in configurable commodity bulk handling and management systems for the mining and grain industries,” Manav adds.

[Startup Bharat] Ahmedabad-based startup Mybyk is wheeling in change with its bicycle-sharing s...

Playing catch up with tech evolution

Manav explains that 2015 was a brutal year for the commodities industry. Markets were crashing, profit margins were flatlining, market capital collectively fell by hundreds of billions of dollars, and trading companies started consolidating to stay afloat. "One of the main reasons commodity businesses lost money was the lack of tech intervention and modernisation in systems they were using," he says.

He knew that he could help, so he decided to revamp Eka to protect his customers from the constant onslaught of market volatility.

His team began re-engineering the product and business to adopt a platform-based approach driven by cloud, data, AI, and workflow automation. He knew he was taking a risk because of the uncertainty surrounding the acceptance from the market.

"About $20 million and three years later, our risk has paid off, making Eka a global player in commodity management," Manav says.

Despite battling tough competition from players like ION Trading, FIS, and SAP, GlobalView, Movius, GreenStone, and Enertia Software, Manav credits the shorter implementation cycles and convenient data interfaces at Eka for the company’s success. "Our competition still provides old, legacy software that hinders a company’s ability to grow and survive in this changing world," he explains.

But the entrepreneur does not want to sit back and rest on laurels just yet. “The goal is to modernise commodity management through continuous innovation in enterprise software and leveraging SaaS. We plan to continue building on our platform and keep coming up with solutions to help commodity businesses become future-ready,” Manav signs off.