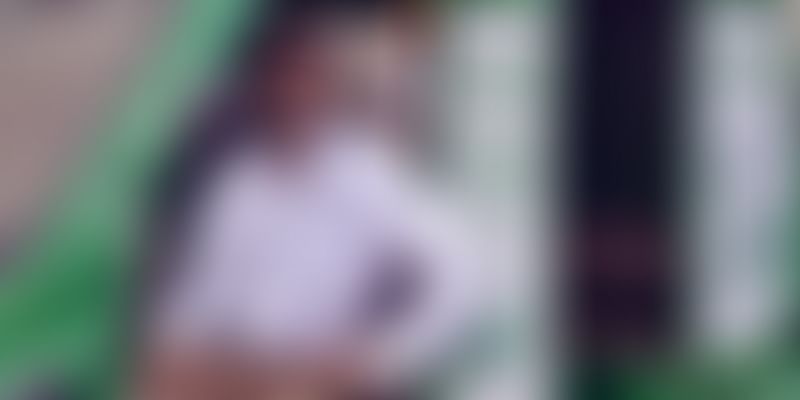 Goldie Srivastava, Co-Founder and CEO, SmartE, reveals the startup is not only looking to move around commuters, but will also use its fleet for hyperlocal ads and last-mile delivery for ecommerce players.

Delhi-based electric vehicle startup SmartE was started with an aim to fulfill the need for safe, reliable, and last-mile connectivity to commuters. In the last five years, it has grown its fleet of vehicles from 30 three-wheeler EVs to 1,000 electric vehicles in Delhi NCR.

And now, the startup, which raised Series B funding of Rs 100 crore from Japanese conglomerate Mitsui & Co early this week, has multi-forked strategies on its plate to disrupt last-mile delivery in India with its electric vehicles (EVs).

Speaking to YourStory, Goldie Srivastava, Co-Founder and CEO, SmartE, reveals that the startup is not only looking to move around commuters, but will also use its fleet for hyperlocal ads and offer last-mile delivery for ecommerce players. This is to ensure the business is sustainable and operationally efficient, he says.

“We realised the big opportunity in the hyperlocal advertising space. So SmartE is not only a mobility platform today, but also a very strong hyperlocal advertising platform. Our EVs are getting used by leading brands like Amway, Patanjali, and others for running campaigns, especially when brands want to target small and very well-defined geography in a repeated and high visibility manner,” says Goldie.

He adds that the advertisers are able to bank on SmartE because of its data analytics capabilities.

“For instance, there is no analytics for a billboard near a particular premium location on who saw it and how many people saw it. In our case, all our vehicles are sensor-embedded, which means as soon as a commuter boards a SmartE, we get to know in our control room about it. Moreover, we have data sets of where the vehicles go, how many commuters used the service, the geographies, etc, which the brands are able to use successfully,” elaborates Goldie.

It is currently offering its services near 14 metro stations across Delhi NCR, which offer last-mile shared rides to the commuters for just Rs 10.

“We found that during the course of the day, like afternoons or early mornings, there is no demand for rides. So, we empowered our drivers to use the vehicles to do last-mile deliveries,” says Goldie.

At present, SmartE has partnered with two online grocers, and is doing about 2,000 deliveries a day on an average in the Delhi NCR region.

Goldie says the company is very keen on building the new last-mile delivery business, and that it is going to be the major focus in the coming months.

“Anyone who will try to do last-mile delivery on their own or work with other partners providing it will not be able to match our unit economics for one simple reason: a lot our fixed costs are already absorbed, and hence our pricing for this service will always be 30 to 40 percent cheaper than the other players,” claims Goldie.

He says the company has strong unit economics and that every vehicle that goes out makes profit for the startup, and it is already making marginal money on last-mile deliveries.

On the kind of scale and growth the company is looking at, Goldie says that unlike other startups, SmartE does not believe in exponential growth, but believes in “sustainable business and excellent operational efficiency”.

Goldie claims the startup has been registering 100 percent growth in revenues over the past two consecutive financial years, and that it has recorded a very sustainable growth.

“The key reason for our growth is that we have not burned money extensively. We have built the business in a way that it is sustainable for drivers as well as for commuters,” says Goldie.

He adds that SmartE’s sustainable business is the key factor that the pricing has been flat at Rs 10 for the commuters since the last four years. “It will be Rs 10 for some more time now,” the Founder adds.

Taking pride in being a sustainable business, Goldie says: “I am okay with building a small and sustainable business, rather than being an exponentially growing startup but unsustainable. That’s the core ethos of our company, and therefore the company is constantly improving the unit economics and business streams.”

He points out that since its inception in 2014, SmartE has raised money just once in Series A round of $5 million (around Rs 35 crore), before raising the latest funding of Rs 100 crore early this week.

And with such little funding, Goldie says SmartE has moved over 35 million commuters with its fleet of nearly 1,000 electric three-wheelers in Delhi-NCR in the past four years. It has also built a large EV charging infrastructure, spread across five large parks and charge hubs, with a capacity to concurrently charge more than 800 electric three-wheelers.

Goldie says at present the company is focusing on implementing its long-term project with the Delhi Metro, where it will provide electric vehicles across 250 metro stations.

“We are currently at 14, and will achieve 100 stations in the next 18-24 months. This is what we are aggressively working on as of today,” he tells.

The startup is planning to use the fresh capital to significantly ramp up its charging infra network to offer both plug-in charging of vehicles as well as battery swapping solutions. It also plans to increase its charging stations from five at present to nearly a dozen charging hubs by the end of 2020.

Over the last couple of years, the EV manufacturing startups has built a strong partner ecosystem with vehicle OEMs like Mahindra & Mahindra and Kinetic Green, and energy solution providers like Panasonic, Exicom, and Sun Mobility. SmartE now plans to use the ecosystem to introduce different types of products, but all focused on last-mile connectivity, says Goldie.

The Founder notes that last-mile segment is a $42 billion industry in India, which is growing 15 percent annually. “This market is even bigger than the cab-hailing market. So, there is a huge market potential ahead of us,” he adds.

Goldie adds that his startup will also be introducing better looking and better performing EVs starting from Dwarka Sector 21 metro station in Delhi. “They will be capable of giving private as well as shared ride, will be bigger than regular SmartEs, with as much as legroom of a car.”

SmartE will also introduce vehicles focused on semi-urban sectors, which will offer shared rides on a much lower price point. “Our price point will be between Rs 10 to Rs 50, depending on different vehicles,” he says.