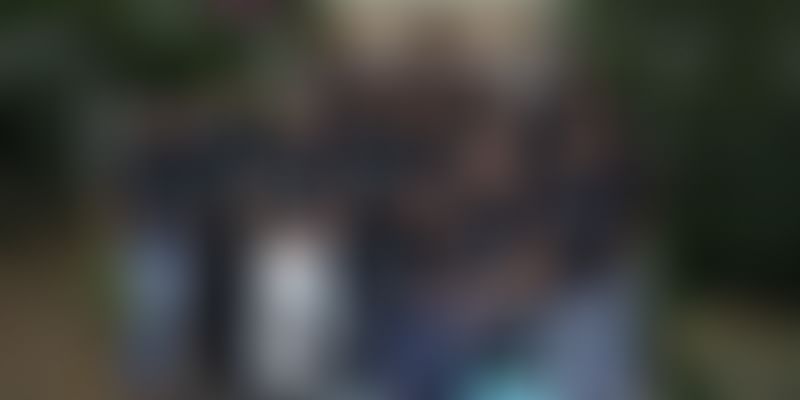 Bengaluru-based bike-sharing platform Yulu has launched an electric scooter to provide a scalable, affordable, and green solution for first and last-mile and short-distance commutes.

Amit Gupta, the Co-founder of Yulu, says: “Our umbrella problem is solving the mess of traffic congestion and air quality. When we look at the pattern of any big city across the globe, two-third of the trips are below 5 km.”

The company focuses on the first and last-mile commute problem.

Amit Gupta, earlier Co-founder of InMobi, a mobile marketing platform provider, launched Yulu with RK Misra, Naveen Dachuri, and Hemant Gupta in 2017. The startup, which is operational in Bengaluru, Pune, Mumbai, and Bhubaneswar, launched its sharing bicycles last year in January, to focus on an IoT (solution and address the traffic problem in cities.

“After launching the bicycles, we saw that the average distance covered by a bicycle was 2 km,” Amit says.

People who had to travel between 3 and 5 km often did not use Yulu bicycles. The reasons were many: it was too hot, the ride was too long, they were not keen to cycle so much, or wanted a faster mode of commute. That's when the team started thinking about an electric mobility product.

“Our city is already choking and we should not add a problem by solving another,” says Amit when YourStory asked them why he chose EVs over traditionally fuelled scooters.

"Our scooters are environmentally better, cheaper, and logistically possible,” he adds.

Amit also feels that its only when one has a personal stake do they bother to refuel a scooter. “Our scooters are special; they are created for the sharing economy. We call this the micro-mobility vehicle (MMV), meant for short-distance commute for one person,” he says.

Yulu’s MMVs weigh 40 kg, run at 25 km per hour, and can traverse 70 km in one charge. There is no helmet or number plate requirement for these EVs.

Customers need to download the Yulu application and scan the QR code to access a scooter. The in-app map then shows different Yulu Zones; they can access/park the scooter there and also lock and unlock the vehicle using the application.

For payments, Yulu supports Paytm, Google Pay, PhonePe, UPI, and credit and debit cards. Users have to pay a mandatory Rs 10 for a Yulu Miracle ride, and another Rs 10 per 10 minutes of ride time.

Yulu has an application that lets their operational team know the location details and battery status of each scooter. “When a particular scooter needs charging, our operation team goes to the location, and swaps the battery placed in the black foot board of the scooter,” Amit says.

The startup has already tied up with local kiranas and mom-and-pop stores in Indiranagar to avail space for storing and charging batteries. “We pay them for the electricity we use and also the rent for storage space,” he says.

Yulu, which offers its services round the clock, has tied up with Namma Metro for Yulu Miracle. The team plans to launch Yulu Miracle in Mumbai next.

The company has bought all scooters as of now, but plans to lease as soon as it starts scaling. The team believes that given the asset, they will be able to recover the investment within eight to nine months. The expected life of each of these scooters is three years.

“We get certain components from China and a local partner in India assembles them. Our idea is to keep on indigenising the product like Maruti. In the next six months, the whole component, when seen from a value prospective, will be 70 to 80 percent from India. We will not rely on outside countries,” Amit says.

Yulu plans to deploy 250 electric scooters in Bengaluru's Indiranagar and the CBD area this week. The startup will keep adding 250 to 500 additional vehicles every week for the next eight to 10 weeks, covering all its current six operational clusters. In the next two to three months, Yulu expects to cover the entire city.

The startup currently has over 850 Yulu zones or parking areas across the city, which it will use to park Yulu Miracles as well.