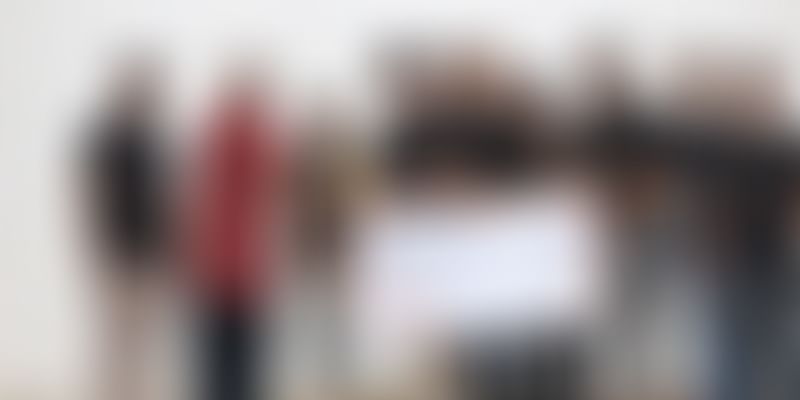 At the Smart India Hackathon, The Turings, a group of engineering students from Chandigarh, built a centralised tracking device that measures critical parameters of machines at a factory, to safeguard its workers.

The sheer devastation of any global industrial disaster leaves its imprint on society. In India, the Bhopal gas tragedy’s serious chemical effects can still be seen in those living in and around the area. Similarly, the Dhanbad coal mine disaster killed 380 miners, all catastrophes that could have been prevented.

The team a students, called The Turings, from Chandigarh’s University Institute of Engineering and Technology, came up with an invention that will address the loss of human life in factories, by keeping a watch over diverse machines using sensors to measure functions accurately. They won Rs Rs 50,000 at the Smart India Hackathon 2019- Hardware edition held at the IIT Hyderabad.

They were amongthe many teams from colleges across India that won awards for their device-led solutions to grassroot problems across sectors.

Industrialisation, mechanisation, automation, and electrification have made industrial functions more complex. With all this comes an increased risk of industrial disasters.

This group of six students proposed their innovation, Tracking Board for Unsafe Acts, at the five-day Smart India Hackathon.

The team’s name is inspired by Alan Turing, who is often called the Father of Modern Computing, and is known to have broken enemy codes during World War II.

The Turings invented a dashboard for tracking activities happening around machines at a factory. Its sensors remotely send data to a server, with graphs, gauges, and meters that are seen on the track board, and on an Android application.

How the dashboard works?

Pressure vessels, vibrating machines like motors and generators, furnaces, etc can be tracked by this dashboard. Sensors attached to the black box are placed inside a factory, which measures parameters like pressure, vibrations, temperature, air content, smoke, etc, and transfer the data to a centralised dashboard. All values are visible in real time. With any anomaly, an alert is sent to the supervisor or the concerned worker.

“The entire monitoring of machines (in a factory) can be controlled remotely. It’s a product that is compact and can be extended very easily,” says Akshay Kumar, 21, a team member.

Having interacted at various technical events in college, the students decided to address safety issues at industrial locations.

Akshay says, “We sat together and brainstormed on the idea with continuous feedback from the industry, experts, and even researched about the actual problems, and found a solution.” They hope the product will help reduce and prevent such accidents across industries.

“The product solves the problem of monitoring any inappropriate happening in a machine, and informs the respective departments about it. Thus, they can take swift action by receiving data from the dashboard,” says Akshay.

The USP of the dashboard, the team feels, could be its low cost, scalability, robustness, and easy implementation with remote access. It also has low maintenance costs.

Akshay said, “The cost of devices if we would start selling would be between Rs 1,500 and Rs 2,000 per blackbox (excluding the sensors). As per our research, there is no company that is giving a holistic solution. There are companies that sell products having single separate functions like either measuring pressure or measuring vibration."

On the challenges the team faced while designing the product, Akshay explains, “We implemented the interface between the sensors and the dashboard. Initially, we faced a problem transferring data from the sensors in real time. But we solved the problem using web socket protocols.”

A product like this is complicated, and requires many measures to come together. “We underwent tremendous stress for five continuous days, but it helped us realise our potential,” says Akshay Kumar.

They aim to build a startup to help industries now. “We have plans to extend the project using an ecommerce portal that will supply and manage maintenance of sensors for companies, and also provide customised products,” Akshay says.

“It’s an honour to help industries prone to such disasters safeguard all parameters,” the team adds.