From grit to glory, the journey of women entrepreneurs 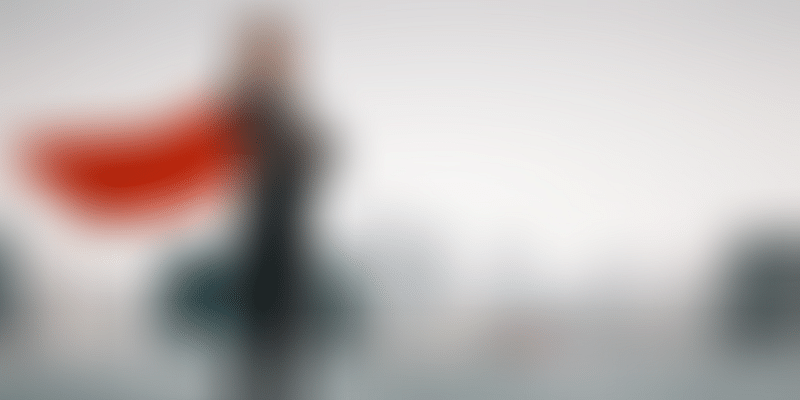 The first person to ever win two Nobel Prizes, Marie Curie, the Polish scientist who discovered radioactivity, is a pioneer when it comes to women in technology. In 2009, New Scientist named Curie as the most inspirational woman in science. And looking back at the challenges she faced, this is no doubt a fitting accolade.

In the early 20th century when Curie was just starting out, women were not taken seriously when it came to science and mathematics. But she changed that perception by pursuing her research despite immense opposition (being turned down by a Polish university as she was female, and being denied access to the on-campus laboratory). She also won the Nobel not once, but twice, for Physics in 1903, and then in 1911 for Chemistry.

While Marie Curie may not directly have been an entrepreneur in the typical sense, she left behind a great legacy for the scientific community in general, and more specifically paved the way for more women to be accepted in science and technology roles.

Closer home in India, when Kiran Mazumdar Shaw started Biocon in 1978, there were very few women in business, let alone women entrepreneurs in the science and technology space. She often says that hers was perhaps the first tech startup in the country. Unsurprisingly, Shaw, who is today counted as the richest female entrepreneur in India, had to survive a hostile business environment and face a number of credibility challenges. From people refusing to work with her as she was a woman, to being mistaken for a secretary to the Managing Director, and having banks and financial institutes unwilling to lend her money, she’s seen it all. But she’s also come back with a vengeance, and delivered a fitting response to all the critics and naysayers by turning Biocon into India’s largest biopharma company.

While history is full of these instances of gender bias, the stories of Shaw, Curie who came much before her, and many others only serve to highlight the great strides being taken by women entrepreneurs, especially in science and technology.

So far, the narrative around women entrepreneurs has been mostly about the challenges that they face. But it’s also important to give credence to the fact that they are managing to stay buoyant, in the face of overwhelming opposition across every step of the entrepreneurial lifecycle: from fighting cultural perceptions, juggling personal and professional responsibilities, to securing funding.

A number of studies have validated the bias that venture capitalists, who are mostly men, prefer to invest in companies run by other men. But the good news is that, despite women-led startups facing tougher funding prospects, the handful who do cross these barriers tend to outperform the perceived expectations. A 2018 research by the Boston Consulting Group revealed that despite the glaring disparities in disbursal of funding, businesses founded by women tend to deliver higher revenue, up to more than twice for every dollar invested.

This finding is echoed by Shark Tank’s Kevin O' Leary, who believes that of all his investments, the ones he’s made in women-led startups are paying off better because women tend to set more reasonable goals for growth and meet them more effectively.

YourStory founder Shradha Sharma, who has seen her fair share of biases and criticism up close, believes that the primary challenges are more to do with perception and credibility. But in reality, she says there is absolutely no difference between men and women entrepreneurs. “The difference is in perception and not in reality. Women perceive a gender difference, while they have all the competencies that it takes to be a successful entrepreneur. It’s about mind over matter - if you don’t mind, it doesn’t matter if you are a man or a woman entrepreneur.”

Since entrepreneurship is considered a key indicator of prosperity, encouraging women entrepreneurs has a positive impact on the global economy as well as society. And while it is impossible to effect an overnight shift in perception and mindset, through collective efforts by the government and by private enterprises, things are definitely looking up across the globe. According to the Global Entrepreneurship Monitor (GEM) 2016/2017 Women's Report, 163 million women were starting businesses across 74 economies worldwide, while 111 million were running established businesses. The highest participation in entrepreneurship was from women between the ages of 25 and 44. According to the same report, in developing economies, there is a higher male-female parity among entrepreneurs than in developed economies, and Asia is at the top of the list when it comes to Total Entrepreneurial Activity (TEA) among women.

As Shradha sums it up, “I have always maintained that to see more women start up, we don't need mind-blowing efforts by the government, accelerators, society, and neither do we need money. What we need is a mindset. A mindset to accept a woman as an equal. A mindset to push your mother, wife, sister, girlfriend to do what they want to do. To take pride in their success as they rejoice in every small accomplishment of yours.”