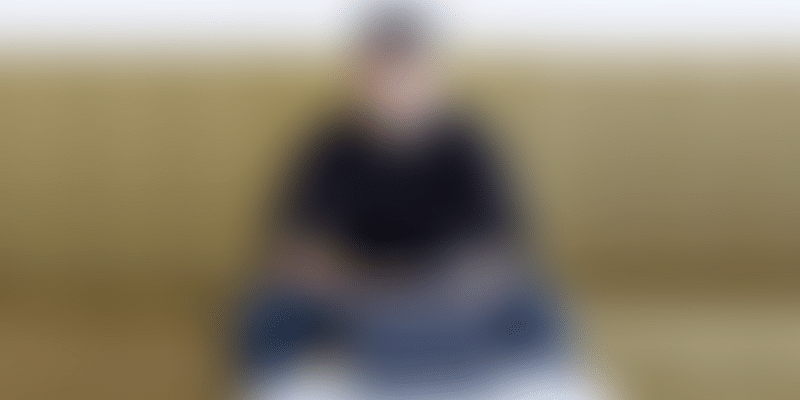 Mumbai-based London Bubble Co. is serving up sweet treats while clocking a Rs 6 crore turnover. Now, LBC has all the ingredients to increase it two folds.

Bubble waffle is to the heart what Marie Kondo is to the world of tidying. It sparks joy!

The year was 2017 and the fad was picking up steam, a special thanks to Instagram. That’s when Saurabh Rathore, now Founder and CEO of London Bubble Co., decided to jump in and make the most of the bubble waffle trend.

But what is bubble waffle? It is an egg-based dessert that is typically round with its signature ‘bubbles’ created by pouring a thick batter between waffle plates.

Dating back to the 1950s (although there are conflicting stories), bubble waffle’s origin is linked to the kiosk-style, street food culture of Hong Kong. On a special iron skillet, it is believed that the street hawkers would make these waffles with broken eggs that grocery shop owners would sell at a bargain price. Since the extra eggs had to be worked into a batter, these waffles became distinguishable for their classic golden colour.

Cut to circa 2000, the dessert had traced its way to the US, the UK, and pretty much every other corner of the world. With bakers and home chefs reinventing the sweet treats with different flavours and textures, India too was warming up to its bubbly goodness.

So Saurabh, launched London Bubble Co. (LBC) under the banner of Gobble Me Good (GMG), a self-funded food & beverage franchise management company. The first outlet was set up in Juhu, Mumbai, and by the time the brand had completed 19 months, it already had 52 outlets. These are across cities including Chennai, Kolkata, Indore, Hyderabad, Ahmedabad, Rajkot, and Pune.

From York to yolk, inside Saurabh’s personal journey

A first-gen entrepreneur, Saurabh’s professional journey, at least in the initial years, had little to do with batter or yolk. His career, in fact, began in the real estate sector. But he would soon move on from the conventional space and shift his base to Canada, where he dabbled in photography a bit and pursued his master’s in Corporate Communications from the York University.

The communications degree would eventually land him on the PR and marketing team of PepsiCo in Canada, but only for a while. As the founder of the bubble waffle brand recalls, “soon after working at the organisation, I realised that my calling was different.”

What followed next was a quick pivot and a risky bet, with Saurabh bootstrapping his way into launching LBC with a humble investment of Rs 50,000 from his own pockets.

“In just 18 months, we have amassed a turnover of Rs 6 crore and are projected to multiply this amount by two folds over the next six months,” he says, adding that the company sells one waffle every seven minutes!

What’s on the menu? Waffle, waffle, and more waffle

There’s something for everyone. Currently LBC serves up gourmet delicacies across 7-8 categories, ranging right from pocket waffles to bubble waffles, bubble tea, and a lot more. With waffle still at the core of their offering, the brand has found its sweet spot between a delectable mix of international flavours and a desi spin suited better for the Indian palate.

“We offer a combination of waffles with popular Indian chocolate flavours such as 5 Star, Gems and Dairy Milk. We were also one of the first brands to introduce the first ever black waffle, called the Black Jack, served with black charcoal ice cream,” says Saurabh.

Interestingly, the brand’s growth story is closely linked to the “LBC family”, their franchise partners. LBC follows this franchise model across all its outlets, Saurabh tells us. “We are at 52 outlets and looking to grow aggressively to newer territories this year,” he adds. This would include markets across some of the major Indian cities and States like Delhi (plus NCR region), Guwahati, Rajasthan, Punjab, Uttar Pradesh, and Bengaluru.

Once that’s done, an international expansion is in the pipeline with a plan to set up around 25 units spread across Mauritius, Qatar, Sri Lanka, Bangladesh, and East Africa by mid-2020.

From 10 orders a month to 15 orders a day: the extraordinary rise of Outbox, the Kolkata-based ...

In their path to a global presence, the London Bubble Co. has had a few bitter experiences; one of them being the issue with logistics.

Early on in this journey, Saurabh realised that the logistics-related requirements of the outlets were taking up an excessive amount of time and energy, which could have been otherwise redirected to business development and expansion of customer base.

“So, we decided to outsource our logistics so that we could focus on product awareness and customer acquisition,” he says.

Today, the brand, boasting a pocket-friendly dessert menu, caters to some 10,000 customers on an average every day. While the franchise model has worked out perfectly so far, moving ahead, Saurabh acknowledges that they would be in the lookout for the “right” kind of investment, especially for increasing their national and international presence.

The idea is to eventually bring one international brand and three unique homegrown brands into the fold.

As Saurabh, on an ambitious note, concludes, “By 2020, we expect to open 200 outlets across the globe, introducing a myriad of continental flavours to a variety of cities.”

If its current success is any indication, Saurabh’s projections are no pie in the sky for this dessert company.

Coworking startup Dextrus achieved 90 pc occupancy in less than a year by marrying business and...