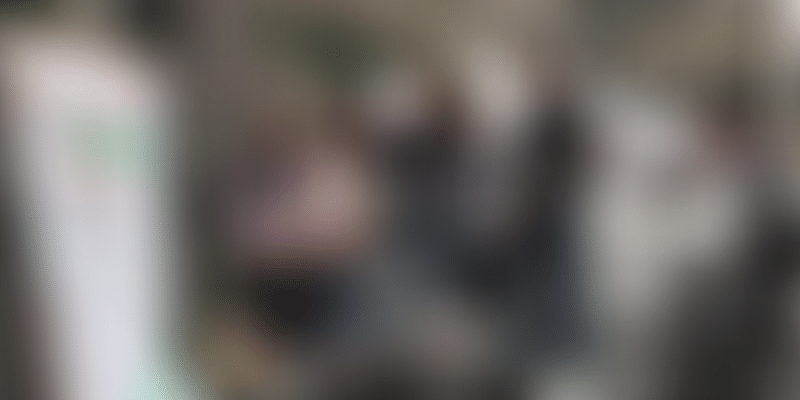 This bunch of engineering students won a cash prize at the Smart India Hackathon 2019 for its unmanned ground vehicle that is a ‘constant Gardener’ for remote areas.

What does a hackathon have to do with forests? Team Forbots will tell you. At the grand finale of the Smart India Hackathon 2019 hardware edition, this team from Mar Baselios Institute of Technology and Science, Nellimattom, Kerala were awarded Rs 1 lakh for their invention under the theme Robotics and Drones. The team invented a robot that addressed the huge problem of deforestation.

The hackathon that was held at the REVA University witnessed 16 teams competing to provide solutions for waste management, web app development, smart communication and renewable energy.

The team proposed an unmanned ground vehicle, which could plant seeds, monitor and nurture trees in regions where manual labour is costly, dangerous or impractical. These include wastelands in remote areas, far off rough terrain, and areas under the control of government agencies like the Navy and Army (where access is restricted).

The unmanned robot plants seeds of biodegradable materials like cotton (like pods), provides nutrients and water, and monitor the plants for the next two months using image processing and virtual network computing.

“This has got to be the best moment of my life. The exposure we got is priceless. It gives proper meaning to engineering, and lights the lamp of passion. My team and I hope this is a good start to do so much more,” says Ganesh Sreedhar, the team leader.

When a disaster caused action

The 2018 floods that devastated Kerala became the team’s clarion call as the vehicle was initially meant for surveillance during natural disasters. However, it was further developed for reforestation in remote areas.

The rover uses drip irrigation to water plants in a sustainable manner, and drones to locate areas with less forest cover through images. On a fully-charged battery, the rover operates for up to seven hours, which can be upgraded with more funds.

With an average speed of 6.5 km/h, it covers 40-50 km on a single charge. The coverage of land also depends on the geographical terrain and the load it carries. Based on the team's research on Alibaba, the cost of the bot would be Rs 60,000.

About the obstacles these undergraduates faced, the most challenging was making the product economically feasible. Initially, the high operational costs and power consumption were their biggest problems. However, they fixed that by upgrading to lithium-ion batteries, and increasing the number of cells at the expense of some payload capacity. A land-based vehicle instead of a drone also reduced costs.

“Cost per payload is nearly 15 times lesser than drones, based on the cost of drones available in the market which can carry heavy weights,” a team member explained. The team also used old scraps of cotton to plant seeds.

From fun to foresting

The team members have always been fascinated by robots, though earlier it was just a fun endeavour. The Smart Hackathon gave them a chance to make a difference with a creation that solves a much-neglected ecological issue.

They feel that the Forbot not only solves the problem of restricted access, it also reduces the cost of expensive labour in the long run. The team has already tested the bot by planting jackfruits in their college yard and are happy with the results.

Expecting returns in 2-2.5 years, they are meticulously tinkering around to make their Rover perfect - now working on a system of three rovers and a drone for added efficiency.

The team expects to be ready with their prototype and hopes to sell 100 robots by 2021.

The hunt for the next big startup in India begins. Join BITS Pilani Entrepreneurship Conclave. ...