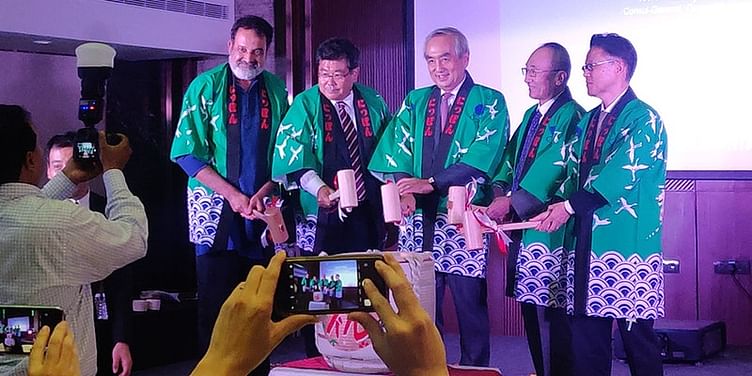 Sojitz’s new Bengaluru office will be an important base for the Japanese company's innovation activities. The trading firm aims to partner with local startups for new development and business ideas.

“We see Bengaluru as a frontier of startups. We will further keep enhancing the relationship between Indian and Japan,” said Takahiro Ebisu, MD of Sojitz.

Japan-based trading company Sojitz invested in 3one4 Capital earlier in January. The partnership with 3one4 Capital is mostly to get a better understanding of startups based out of India’s Silicon Valley.

“Japan has great high-tech industry, enormous amount of capital, and is a very big economy. India is a growing economy and we have good engineers, great technology, and software. But India does not have enough capital and manufacturing progress, especially when it comes to digital equipments. Cooperation between these two startups will help us compete (with other economies) effectively.”

He added that more Indian software engineers would go to Japan with visa regulations becoming easier. This, in turn, would benefit Japan, which has a shortage of talent.

Shigeya Kusano, President of Sojitz Asia, said, “This is our first-of-its-kind office after the US and we are looking to work with a lot of startups. We also hope to enter into new businesses with Indian startups.”

An Indo-Japan fund of funds, Indo-Japan Emerging Technology and Innovation AIF, was announced last month to set up new emerging technology stratups in the country. According to Mohandas Pai, 80 percent of the investments will be coming in from Japan and 20 percent will be managed by Reliance Nippon Life Asset Management Limited (RNAM).

The fund, amounting upto $200 million, will be invested in about 25 funds, which will further invest in another 25 companies, to allow access to technology.

“I think the focus will be mostly digital startups. Going ahead, more will be invested in electric vehicles, Internet of Things, smart devices, and B2B technologies,” Mohandas Pai said.

Kenji Hiramatsu, who was the Guest of Honour at the event, said:

“I really hope more Japanese people come here and interact with the talented people here (in India), especially with respect to innovation in the IT sector.”