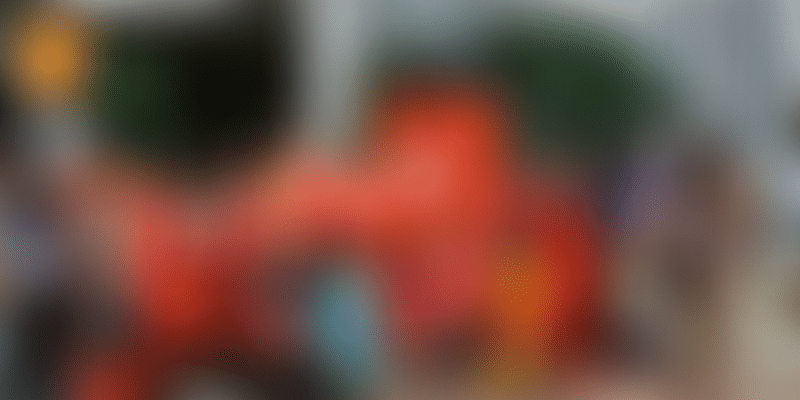 Started in 2018, Nativ Chefs not only provides authentic home-cooked meals, but is also creating employment opportunities to people with expert culinary skills.

It is never too late to chase one’s dreams. While some take the risk to start early, some wait till they have a backup plan. And this is the story of the latter - an entrepreneur who chased her dreams to start up.

She says, “I have been interested in cooking since my school days. But my parents wanted me to pursue engineering and I didn’t have the power to decide then.”

This, however, did not stop Leena from attending cooking classes. After spending 13-years in the corporate world, Leena decided to pursue her dreams at the age of 38.

In 2018, she founded Nativ Chefs, a foodtech startup, to bring traditional cuisines from different corners of India under the same umbrella.

The Nagpur-based startup not only provides authentic home-cooked dishes right at the doorstep of customers, but also creates employment opportunities to people with expert culinary skills.

Home cravings right at your doorstep

Due to urbanisation, many people today are living in new cities, away from their families. Though cities offer us the life of our dreams, they cannot meet our cravings for ‘Ghar ka khana’.

Spotting a gap in the segment, Leena started Nativ Chefs to bring authentic traditional dishes, recipes of which have been passed down through generations, at the customer’s doorstep.

“There is also a huge metropolitan population in the city, which misses its region’s staple food. So why not create a platform and bring all the native traditional authentic cuisines from across the country under one platform?” says Leena.

Moreover, chefs who have been looking for an opportunity to showcase their talent can work from the comfort of their kitchen, and “spin their magic and love in every dish,” says Leena.

Rohini Deshkar, a former bank manager, has always been passionate about cooking. However, it was only after her retirement that she pursued her passion.

“I got selected in Nativ Chefs for my Maharashtrian delicacies and started my happy second innings as a chef,” Rohini told YourStory.

Out of the comfort box

Leena, alumnus of St Xavier’s College, Mumbai, was working as an Assistant Manager, Human Resources, at Persistent Systems Limited for more than seven years. An engineer with an MBA in Marketing, she has previously worked with Shell Advertising and Madison PR.

Currently, Nativ Chefs has Chitra Soni, a Chef from IHM Mumbai with more than 45 years of experience, as its food consultant.

The startup has seven members in its team, five in-house delivery executives, and up to 40 chef-partners, which includes both female and male chefs.

Currently operational only in Nagpur, the chefs have to go through a three-step scrutiny process to finally partner with Nativ Chefs.

The first round is a food-tasting round, which is judged by Chitra. In the second round, Nativ Chef invites other food connoisseurs to judge the chefs. The team then visits the homes of those who qualify to the third round – to check the quality and hygiene of the kitchen where the food is prepared.

However, having a passion for cooking is not what it takes to be a foodpreneur.

“Many were passionate about joining but they did not understand the business side of this. Thus, once a chef is on-boarded, we make them undergo a training programme,” Leena says.

The startup currently accepts orders through its website. Once an order is placed, an executive calls the customer and confirms the order. They also ensure there is always a minimum of two-hours’ time gap between the placement of the order and the delivery.

“We accept lunch orders until 1 PM and dinner orders until 6 PM. This helps us ensure that our chefs get enough time to procure the items and prepare the dish using fresh ingredients,” Leena says.

Once the dish is ready, the delivery team picks it up from the chef’s house and delivers it to the customer.

In order to ensure standardisation, Nativ Chef provides custom packaging boxes to every chef, on which the food is delivered.

“I want to take this slow initially. After covering all of Nagpur, we will move to other Tier-II cities,” she says.

Leena claims that the average ticket size is up to Rs 750. Nativ Chefs has delivered 200 orders in the last month itself, and has recorded a repeat rate of 50 percent. They also claim to have a growth of rate of up to 15 percent, month on month.

According to a RedSeer report, the overall food delivery market in India was valued at $15 billion in 2016 and has been projected to grow at a CAGR of 24 percent, to reach $36 billion in 2020.

“We only choose recipes that are traditional and have been passed down in families for generations,” Leena says.

The startup is now planning to launch in a new city by June 2020. After getting hold of the Tier II cities, the startup wishes to move to the metros.