We must rethink the VC model and stay invested for the long run, says Sarath Naru of Ventureast 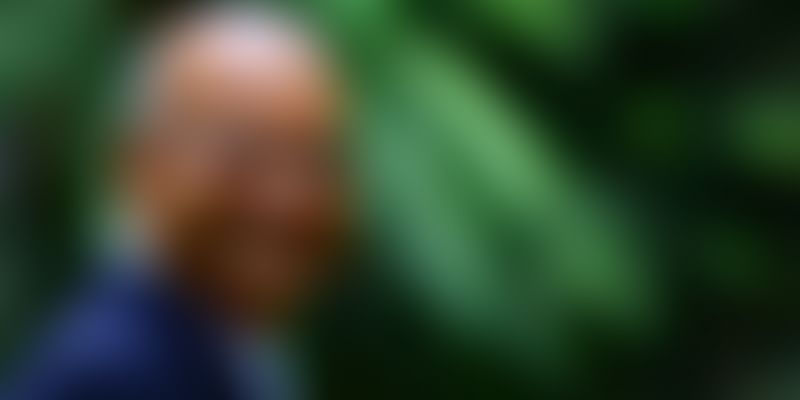 VC firm Ventureast has, for 22 years, invested in ideas that can change India. Sarath Naru, Founder and Managing Director, tells YourStory why it's important for funds to stay invested for longer periods, and how the country's heterogeneity is both an opportunity and a challenge.

Tucked away in a corner of Crescent Road, which houses some of the oldest and wealthiest families in Bengaluru, is the quaint little office of Ventureast. The 22-year-old VC firm recently moved its headquarters from Chennai to Bengaluru. The move is significant for a firm that has invested mainly in ideas that could change India, and believes that technology is taking over everything, from media and mobile to retail and biotech.

Way back, in 1997, the VC firm had invested in milk distribution pioneer Dodla Dairy, which is now valued at Rs 3,000 crore, and is preparing for an IPO. It also invested in Gland Pharma, a R&D and pharmaceuticals company, now owned by the Fosun Group after a $1.4 billion acquisition. These businesses showed returns over an eight-year period.

Those following technology or B2C investments might be wondering if there is such a thing as an eight-year time cycle for investors. Sarath Naru, Founder and Managing Director, Ventureast, believes there is. Otherwise, according to him, the Indian ecosystem would not be able to reach its full potential.

“Ventureast is going to buy out LPs at a discount if they want to exit early. We believe ideas need more than eight years of patient investing if they have to make an impact in India. For that, we also need to back entrepreneurs who have the will to run the company for that long, rather than just focus on eyeballs,” Sarath says.

Backing entrepreneurs for the long run

“I have tremendous respect for founders like Sridhar Vembu who focused on growing their ideas,” he says.

Sridhar, the Founder of ZohoCorp, has built a $1 billion business without raising capital, and he too believes in backing entrepreneurs for the long run. “It took me more than 15 years to build the business. Nothing can be built in three or five years if you seek to go after valuation,” Vembu had told YourStory.

Sarath says: “I cannot be flipping my companies from one fund to another. I have now been talking to all my limited partners and telling them they have to be in it for the long run. The LPs can exit by a deal-by-deal basis, and we will buy back at a 20 percent lower value of the exit value. At Ventureast, we want to change because we know what ails the Indian funding ecosystem, and it is not enough to tell LPs that the India story is only a eight-year horizon.”

An opportunity and a challenge

An early bird, Sarath, in his 22 years of experience, has seen the highs and lows of at least four cycles of Indian entrepreneurship. He was around in 1997 during the early dotcom and infrastructure boom. From 2004, he also witnessed the rise of healthcare and life sciences in India, and also saw the combination of dotcom, agriculture, and retail businesses take off in 2007. Since 2011, he has seen the rise of a new set of entrepreneurs using technology to address India’s vast array of problems.

He believes India’s heterogeneity is both an opportunity and a challenge, with so many solutions needed for so many different problems.

“Building ‘B2C’ businesses and ‘B2 Small B’ businesses is a tremendous challenge in India, compared to scaling businesses in China and the US. Essentially, this traces its roots to the highly heterogenous market in India versus the more ‘homogenous’ markets in other countries. This is despite the challenges in India due to the friction relating to rapid and possibly misconstrued regulatory changes and poor infrastructure,” Sarath says.

This heterogeneity not only makes scaling slower, but makes it more difficult as new marketing channels and approaches have to be developed with each avenue becoming saturated.

“I believe, with the VC fund structure in India, and the resultant behaviour of the fund managers, the LPs’ expectations and the entrepreneur's behaviour needs a change. We have to rethink the strait-jacketed VC model that is cut and pasted from elsewhere, and the choices that a VC fund manager makes,” Sarath says.

From agritech solutions to using the smartphone to bridge the digital divide in India, Sarath and his team have invested plenty of time in finding entrepreneurs who can scale in the long run.

In 2018, Ventureast invested $1.5 million in Ekincare, which provides telemedicine and clinical expertise. It also invested in Indus OS, which has a simplified and highly localised smartphone operating system. The company raised $15.1 million from a clutch of investors.

The VC firm also invested in Moengage, a behavioural analytics and user engagement platform provider. Its other big bet was MGH Labs, whose brand “Bogorchid” is a pheromone-based non-toxic product, which attracts and kills mosquitoes naturally.

It also quietly studied the efficacy of blockchain and its underlying consensus mechanism with crypto-based rewards.

“Blockchain will be the next-generation disruption that is going to democratise the benefit from ‘one’ of the two most critical ‘resources’ that will drive the world - one being ‘energy’, the other being ‘data’. We will be looking for business models that will build such equitable benefit-sharing models and related technologies,” Sarath says.

“I believe companies cannot come to us and no longer talk AI; they have to tell us how robust their data sets are and what is the problem that their algorithms are solving,” he adds.

At the core of it, Ventureast mostly invests in Series A and Series B rounds. Its latest fund, the Ventureast Proactive Fund II, raised in 2016, closed at $85 million. The first one was more than $100 million and was set up in 2008.

Now, by moving to Bengaluru, it hopes to catch B2B businesses that have data and tech as their core business. Unlike VCs like Kalaari Capital or Accel India, which invested in Snapdeal and Flipkart, respectively, and caught the attention for building large B2C ecommerce businesses, Ventureast does not have a company that is a poster child of the media.

That said, Ventureast has backed a bunch of entrepreneurs making a difference with companies like Seclore (enterprise security), Sresta (organic food and retail), and CPS (smart cities tech). Its focus on B2B or B2B2C has seen it bet on the heart of India’s problems.

One of its startups - Little Eye Labs - was acquired by Facebook for an undisclosed amount in 2014. Little Eye Labs built easy-to-use mobile app analysis tools for app developers and testers.

The highs and lows

Like most venture capital firms, Ventureast invested in numerous startups and early-stage ventures. Some made the cut, others did not.

Its investment in Ocean Sparkle, a port management services company, gave Ventureast a 50x return. “We were the first investor as a startup and a large shareholder, and the company has gone on to become India’s market leader, and has reached a market cap of half a billion dollars,” Sarath says. He invested $580,000 in the firm in 2011, and the company went on to raise $37 million from Standard Chartered private equity.

Ventureast invested $400,000 in Gland Pharma, in 1997, and made a 4x return. The company was later sold for $1.5 billion to a Chinese corporate. The VC firm again made a 4x return by investing Rs 6 core in Loyalty Rewardz in 2009. Ventureast claims to have spun it off to become India’s largest loyalty rewards programme manager with a fraction of the money that its competitors spent. It was later acquired by a large Indian services company.

However, its investment in Royal Images did not work. The company used direct mailers to target Tier II towns and used local language to sell merchandise. While the company showed phenomenal growth prior to the investment, it later plateaued and struggled to find new avenues for growth.

Its other bet was on VKS Farms, which was similar to ‘Licious’ but didn’t take off. “We figured that the primary issue was in the supply chain, and so built a deeply integrated supply chain. But, the company faced a perfect storm - feed stock price doubled 70 percent of the cost of chicken feed, and the retail price of meat products dropped by 40 percent. It had to dissolve from a turnover of Rs 300 crore,” he says.

Now, with over 100-plus investments in the last 20 years, Ventureast currently has $325 million assets under management.

With many analysts predicting 100 unicorns by 2025, the VC firm is looking for entrepreneurs who can build businesses with $100 million in revenues that are sustainable. Sarath and his team are on the lookout for a few good hands to be part of their portfolio, provided they are in it for the long run.