Nandan Nilekani-backed RailYatri grew 400pc in 2 years, and now wants to be the ‘OYO for bus travel’ 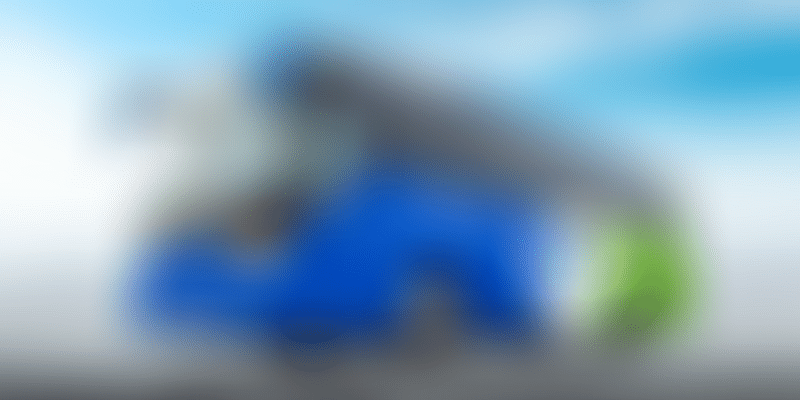 RailYatri, which began as an app-based train travel guide in 2014, has evolved into a multi-modal transportation platform. Here’s how the Noida-based startup plans to transform intercity travel in India.

If you’ve grown up in India, chances are you would’ve taken a long-distance train ride at some point. That makes you one among the 8.2 billion people ferried by the Indian Railways every year. Of this, the daily passenger count stands somewhere around 20 million to 23 million, with over 5,000 long-distance trains being operated by the Railways each day.

Because of the sheer enormity of the operation, train travel in India—until recently—was a messy affair. From delays and cancellations to unconfirmed tickets, non-availability of seats, and last-minute platform changes, travellers were often left in the dark.

RailYatri launched its app-based platform in 2014 with the purpose of becoming a real-time guide for train travellers.

It used a variety of tracking technologies, predictive algorithms, and data analytics to provide comprehensive rail travel-related information, and help travellers take “smart decisions”. This included updating users on the PNR status, ETA, platform directions, coach positions, seat availability forecast, passenger amenities at stations, and so on. Users could receive all the information through app notifications or personalised text alerts.

Within a year, RailYatri crossed one million downloads and reached two million monthly active users (MAUs) through its mobile and web platforms. By late-2016, when it raised funds from former UIDAI Chairman Nandan Nilekani, Blume Ventures, and Helion Venture Partners, the Noida-based startup had served over 20 million users, with an estimated 3.5 million MAUs. Or so it claimed.

Nilekani spoke of the “impact that RailYatri can bring in using a smart combination of mobile, data, payments, and analytics to the common man in India.”

“Their prediction algorithms are already delivering time and money savings for travellers,” he noted at the time.

[App Fridays] ‘Where Is My Train’ helps you access IRCTC timetable, check live train status, an...

Between 2017 and now, RailYatri has witnessed dramatic growth riding primarily on two factors - increased long-distance travel in India, and rising adoption of internet services and apps. Of course, the platform has also added several features and functions, including ticket purchases, meals, and taxi booking.

It claims 25 million MAUs currently, with monthly transactions of over 300,000. The company says it has grown its revenues 400 percent in the last two years, and has hit an annualised run rate (ARR) of $5 million. It expects that to increase 4X to $20 million in a year, and 10X thereon to $200 million by 2022.

It has over 300 supply partners across 200 locations. It also works with more than 250 restaurants that serve 2,500+ pre-booked meals per day. The RailYatri app, now available in nine languages, has over 10 million installs on Play Store.

In 2018, the startup raised a Series B round from Omidyar Network, which also saw participation from existing investors. It took RailYatri’s total capital infusion to about $12 million. By the end of 2019, the company is targeting annual transactions of 10 million (it does about 3.5 million now).

But most importantly, it has ventured into newer segments that go beyond rail travel.

RailYatri is now looking to fix long-distance bus travel in India. And by doing so, it wants to create “an integrated and multi-modal solution for intercity travel”.

“The number of intercity travellers by road and rail is estimated to be over 50 million daily. There is a 65 percent overlap between bus and train routes. While trains have not seen any significant enhancement in their passenger-carrying capacity, buses have been growing and evolving at a regional level. There are more than 5,000 nationwide bus operators today. But there is a demand-side gap because the market is unorganised, and there is a trust deficit."

"We realised that interchangeability of modes of transport is extremely important for travellers, and wanted to enable that on RailYatri," he adds.

So, essentially, if you are travelling intercity from Point A to B, and do not have a confirmed train ticket, RailYatri’s algorithms will suggest the best possible bus route to you as an alternative, allow you to purchase a ticket, choose a seat, and even send you a vehicle from its newly-launched IntrCity SmartBus fleet.

The IntrCity SmartBus, which comes with a RailYatri branding, launched in 12 cities earlier in 2019, and will soon reach 70-80 “high-demand routes” across 30 cities. The startup is targeting a fleet of about 2,000 buses in two years.

RailYatri is projecting IntrCity SmartBus as a convenient and reliable alternative to train travel, and has even rolled out a ‘flexi-ticket’ feature that allows users to make last-minute changes to their plans. It is also promising them a 50-percent refund if the bus’s scheduled departure is delayed by more than 30 minutes.

And, if this seems too good to be true, there’s more.

Becoming the ‘OYO for bus travel’

RailYatri wants IntrCity SmartBus to do to bus travel what OYO did to hotels.

“There is a major trust deficit travellers face on the bus operator side. Plus, there is no standardised pan-India fleet when it comes to buses. We are trying to address these on-ground issues by creating a standardised road-travel experience for them.”

That “standardised” experience also includes attention to “the fundamental aspects of travel” – i.e., setting up boarding/waiting stations, lounges, and clean, hygienic restrooms. (Similar to what OYO does with bedding and linen, etc.)

“Like OYO controls the entire hotel experience, we want to do that with travel. Just inquiry and tickets are not enough, the entire travel experience has to be taken care of - full stack.”

RailYatri claims the IntrCity Smartbus is already serving over 50,000 travellers per month, and is expected to grow 5x this year. About 60 percent of waitlisted train passengers have “moved seamlessly” to buses. “We expect to impact 97 percent of intercity travellers in India,” says Manish, adding, “Flixbus has done it successfully and is now expanding in the US and Asia.”

Intercity transportation is a $17 billion market in India, and growing at eight percent. “Our rapidly growing economy is fuelling the need for travel across every small city and town, and this trend will continue. With the next half billion Indians coming online over the next three to five years, they will look for pan-India multi-modal transportation platforms,” Manish explains.

Given RailYatri’s robust on-ground network and “best-of-breed” data analytics platform, it might be best positioned to usher in the era of multi-modal transportation in India. “We’re also looking to achieve profitability in the next 18-24 months,” the Founder states.

Other than that, the startup expects ecosystem partnerships (on the bus, food as and ticketing side) to drive user growth and engagement. Manish says, “We’ll give travellers everything they want. We’re also looking to launch loyalty credit cards for frequent travellers who take three to four trips a month.”

Given its far-reaching agenda, maybe the startup could even consider a name change? TravelYatri, anyone?