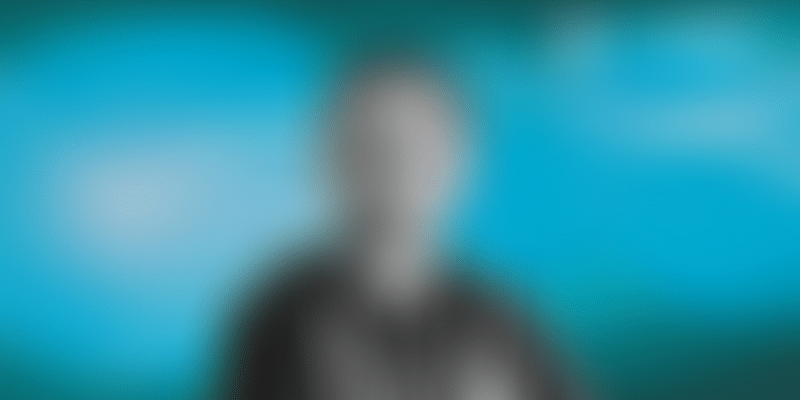 For this week’s Techie Tuesday, we trace the journey of Dinesh Ajmera, Site Lead and Head of Engineering at Atlassian, who believes his kick for technology comes with building for scale.

As the Site Lead and Head of Engineering at Atlassian, India, Dinesh Ajmera is of the belief that if one has strong fundamentals and curiosity, they can learn anything.

Coming from a middle-class family in Jaipur, climbing the ladder of success was not an easy one for Dinesh. However, today, he is instrumental in building the Atlassian marketplace with his team, which is similar to an App Store or Play Store, where all Atlassian apps will be sold.

However, Dinesh’s love for coding and numbers started very early when he was just 10. He says he simply loved mathematics, and mental math was his way of keeping himself busy and entertained. Dinesh says,

“Math helped me focus more on problem solving. I would keep solving new kinds of problems - it was fun."

He is working on building the commerce platform for Atlassian, the Sydney-based software development company, which goes through the entire ecommerce journey of billing, invoicing, and operations."

Prior to his stint at Atlassian, he built the middle eastern ecommerce company Souq’s consumer and operations platform, which he believes has clearly helped in his journey.

In an interaction with YourStory, Dinesh Ajmera talks about his journey from Souq to Atlassin. He also talks about his passion for building products from scratch and why he believes in building for scale.

Dinesh’s father was working for the State Bank of India (SBI). Since his father had a transferable job, Dinesh and his brother, whom he calls his true inspiration, moved from one school to another in different cities. For Dinesh, this also meant there was no option but to keep meeting new people.

Recalling how his brother Rakesh Ajmera inspired him to get into engineering, he says,

“It was 1987 and my brother was the topper in 10th board exams. And in those days, the newspapers in Rajasthan would come to interview the toppers. The reporter had asked my brother what his plans were, and my brother said he was looking at engineering. He didn’t even know about JEE or IITs till the reporter asked him. We lived in a cocoon where we didn’t know our options.”

“My brother’s journey was an inspiration of sorts for me. He was in a Hindi medium school till then, and there are significant challenges when you change your medium of education. He put in a lot of hard work, and somehow that was something I wanted to do. I was inspired and I felt like I also wanted to do engineering.”

His family believed that Dinesh would opt for medicine and not follow his brother’s footsteps. But medicine didn’t hold much fascination for him. Dinesh says, while the profession is noble, it didn’t give him the opportunity to build something.

“I had started coding at school when I was in the sixth standard. Even coding the basic 'Hello World' matrices was exciting and a lot of fun. The first time I saw a computer I knew I had to keep working on it and doing different things. So clearly, medicine wasn’t a path for me,” says Dinesh.

In 1995, Dinesh decided to take up JEE exams, and joined IIT Bombay. However, he was struck with something he hadn’t faced before - Imposter Syndrome.

“I had no confidence that I would get selected. But then, when I got into IIT Bombay, I felt if I was at the right place? Can I really do something great? You are surrounded by a lot of competitive people who are top of the cream. And suddenly, for a Jaipur-based homegrown boy, the world was growing. What helped was being part of the Indian national olympiad,” says Dinesh.

Soon, Dinesh was engrossed in the course curriculum, and he was in love with the world of discreet structures, data theory, group theory, algorithms, and other things.

One of the early things he built while at IIT was programming the computer to play chess with humans.

“It helped me get a good flavour of computers – about human-computer interaction, and leveraging the horsepower, and figuring out the permutation and combination of different moves on the chess board. It also gave me an introduction into the amount of power that is there in computers,” says Dinesh.

In hindsight, Dinesh feels coming to Mumbai for college was possibly the best decision in his life. He says, they weren’t teaching them programming languages, and everything one learned was while doing the coursework. One ended up learning C and C++ on one's own.

“It helped me realise that if the fundamentals are strong - you can learn anything by yourself. Even now, I don’t look out for people who know Java or a particular language. I look out for people who are really strong in their fundamentals and core data structures. If you have the curiosity to learn, then you can learn everything and anything,” says Dinesh.

After IIT, Dinesh had two options - either to join the workforce or take up masters. And Dinesh decided to choose the latter, and went to do his masters at UCLA in 1999.

“At UCLA, I had a strong focus on research, and I saw it as an extensive scale with different labs. I did research in databases and data mining space. I loved the way we could use data to do different things. I also published a paper on Java One Conference. That research angle helped me explore new tech and new ways to solve problems,” says Dinesh.

It was the first seed that made Dinesh see technology as a means to solve larger enterprise problems.

So, when he got the opportunity to start working, he chose Oracle. Adds Dinesh,

“I also had what I now call a missed opportunity - I had an offer from Google. It was early 2000, and the dotcom bubble had bust. I was fresh out of college and didn’t have the foresight I have now. But there are no regrets for joining Oracle. I had the opportunity to build something from scratch there.”

Being a startup within a large organisation, it also helped him build things from ground up. He even built the collaboration platform at Oracle, to which they later added a suite of different products – and it became Oracle RTC.

“We were the first set of engineers on it - a few experienced people and people like me who were fresh out of college. It gave me the exposure of taking a product to its full lifecycle journey and getting it to customers, seeing customer feedback, and understanding the operations aspect as well,” says Dinesh.

It was in 2004 that Dinesh decided to move back to India. Here, he got the new charter for Oracle and built the team from ground up in Bengaluru. It was an extended arm for the team in the US, and was building something from scratch. Dinesh and his team built the media servers.

“Since there wasn’t a product manager, I was doing product management as well. It is great to understand the product aspects along with engineering. Today also, I highly encourage engineers to think from the customers’ standpoint,” says Dinesh. Soon, he realised he had to try and build something different. So, when he got the opportunity to join the new Amazon R&D Centre in India in 2008, he grabbed it.

And here, Dinesh built the Checkout by Amazon (CBA) option. It was at Amazon that Dinesh learnt to be customer obsessed. He says,

“You take complete ownership, and there is hardly any room for error there. So, when you think from a customer’s standpoint, you build strong and better products.”

After Amazon R&D, Dinesh worked at Walmart Labs from 2012 to 2015, and later joined the core team at Commonfloor, the real-estate platform, which was later acquired by Quikr. It was at Commonfloor that Dinesh experienced working with a startup for the first time, and soon he joined Souq in 2016, the Middle Eastern ecommerce platform.

When Dinesh joined Souq, the ecommerce platform was already up and around as a marketplace. Now, it was about scaling up and changing the course of its journey.

“We built out the entire consumer platform and the operational platform. The catalogue system, experiences on mobile and web, recommendations, personalisations, checkout - entire experience on an ecommerce site, with leveraging all the data, and enabling,” says Dinesh.

On the operational platform it was about building an amazing experience on the delivery side. Explaining this Dinesh says, once the order has been placed and you go through the journey of driving customers to the platform, next it is about letting them add items to the cart, checkout, place the order, and making sure the delivery happens on time as promised.

“All the platforms that power your warehouses, to the platform that powers your logistics was on QExpress. We had retail and marketplace business. It was an experience building a full-fledged ecommerce platform. It grew through north of $1 billion in GMV in a year, from a product scaling up to the customisations that were required, to operational experience that is needed - that was the Souq journey,” says Dinesh.

[Techie Tuesday] He began coding at 10 and went on to build blockchain-powered phones: meet Pun...

Going back to B2B

After building Souq, it was time for Dinesh to enter the next step in his journey, and that is how Atlassian happened. By now, Dinesh had gained experience for building both B2B and B2C products.

“When you build a B2C product, you need to be able to build products that are super intuitive. B2B products generally may not be intuitive because the audience is assumed to be a lot more tech savvy. However, the level of expectation from a quality standpoint for a B2B SaaS product is so much higher,” says Dinesh.

What really compelled him about Atlassian was that it is a pure play tech company, and he himself has been using Atlassian’s suite of products since 2008. “It is like a startup within a large company - being able to sow seeds of a startup in a large company and be scrappy and build products with global impact is something I couldn’t pass,” explains Dinesh.

Today, while Dinesh believes technology already has a significant impact in our lives, he also feels there is still room for enough transformation, especially in the social sector.

“Impact at scale, that’s what gives me the kick. It’s quite a satisfying feeling when my team’s work impacts millions of users/customers - be it a B2B or a B2C product. Technology has the power of creating this impact at scale, and it’s amazing how it’s also being applied to help the communities at large,” says Dinesh.

“Don’t get hung up from one tech stack to another. They are just the means and not the goal. Be passionate about learning - what is there today is going to change tomorrow, but the learning process cannot stop. Be passionate about whatever you take on. Just because a module was coded a particular way doesn’t mean it is always the right way to code or do something.”