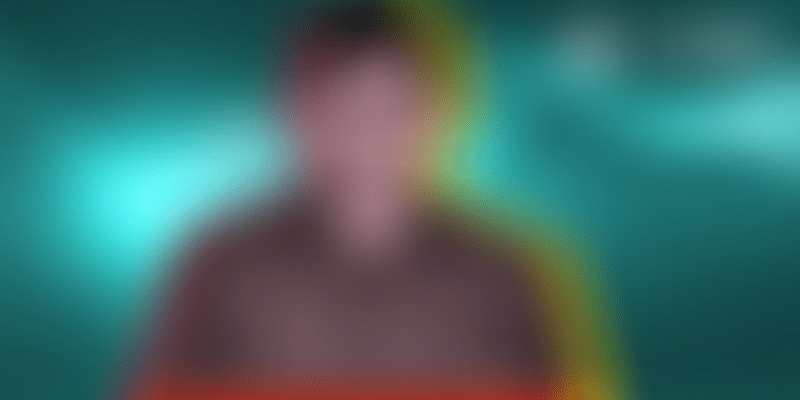 On this week’s Techie Tuesday, we profile Shashank Kumar, Co-founder, CTO, and the tech architect behind Razorpay, the startup that sparked the disruption of payment gateways in India.

In 2013, India did not have a homegrown payments solution for small businesses while US-based PayPal was struggling with regulations. All that changed in 2013 when two IIT-Roorkee graduates founded Razorpay, the country’s first payment gateway for startups and small businesses.

Co-founder and CTO Shashank Kumar was instrumental in orchestrating this product, which is now a full-stack converged payments solution. This startup has revolutionised online payments by providing clean, developer-friendly APIs, and hassle-free integration.

Shashank’s story began in Patna. His father was a branch manager at State Bank of India, and his mother a homemaker. He was given the freedom to pursue anything he wanted to. Introverted and shy, Shashank loved to solve mathematical problems and would finish his year’s coursework only in a few months.

Outside of school, like every other 90s kid, he loved to play computer games, which pulled him closer to the machine. Often meddling with the functions, he started executing BASIC programs when he was only 12 years old. He even built a few games.

In Class 11 and 12, he trained in JavaScript and even built an HTML calculator on Javascript on his own. This self-developed interest to dive deeper into complex coding is what made him the technology architect that he is today, says Shashank.

He says, “Writing a program and getting an output was fascinating at that age. It wasn’t something I had to study, but it became a playful activity.”

Without a lot of awareness about potential career choices, Shashank just went where the wind took him. While he did not expect to crack the IIT-JEE exam, he did get through and ended up joining the computer science engineering course at IIT-Roorkee in 2008.

During his first year there, he attained a variety of skills, including Photoshop and graphic designing, and even worked with the campus magazine. He also learnt website development and built a few basic websites. In his second year, Shashank realised that the culture at IIT was not quite technical - focusing only on getting the students to graduate and join premier tech companies.

Realising that they had to pretty much learn on their own, he started a technology community called SDSLabs in his third year with a few seniors. By then, he wasn’t just well versed with the fundamentals of programming, but was actually mastering it.

Meet the Mavericks: Rejected by 100 banks, Razorpay Co-founder Harshil Mathur’s story is one of...

He recalls, “The objective was to teach students different tools and techniques in programming, and take up some projects ourselves, which could be used by the student community internally.”

It was through this community that he first met Harshil, now CEO of Razorpay, who was also a member.

The team at SDSLabs went on to build numerous software applications for intranet, and automation for software downloading. For Shashank, the most interesting was his work on aggregating JEE results.

Usually, candidates have log on to the website and enter registration numbers to get their individual results. Shashank and team aggregated results from across India and put them together on a single webpage, which is still in place.

He also built a social network for the IIT-Roorkee campus using the Intranet application that he earlier developed with WWW software. However, this was scrapped later.

As the team showed tangible progress, SDSLabs received a funding of $50,000 from the campus, which was used to buy hardware and tools. A lot of Shashank’s time went into this community, building application software. He was also delivering lectures to student groups on C, C++, PHP, JavaScript, and more.

The community still continues to groom developers at IIT-Roorkee today and has built a reputation of helping students crack campus placements. With the hands-on and real-word exposure these projects have, contrary to textbook learning, SDSLabs has become a default community for the institute’s students to transform themselves into quality developers.

Go cashless with these top payment gateways in India

During campus placements, Shashank got hired by Microsoft soon after graduation in 2012, thanks to his experience in organisational development at SDSLabs. At Microsoft, he joined the Windows team as a software developer, where he worked on user management and authentication.

“Microsoft had very high standards around development and I was able to witness how things happen at scale, just by observing.”

The entrepreneur believes that this experience gave him an edge while building Razorpay later. During this time, Shashank was pushing Harshil, who was still in college, suggesting that the two build a fresh new product.

“I was trying to convince him for a really long time. We wanted to work on a crowdfunding project to help the creative fraternity gather funds for their own projects. This was where we encountered the problem of digital payments,” he says.

He recalls how different digital payments worked in the US, where PayPal gets a customer up and running in five minutes. Though the market had other gateways, they were enterprise-focused, and smaller businesses suffered with paying in fiat currency.

In 2013, Shashank quit his job at Microsoft. He and Harshil started working on the product - unnamed at the time.

“The thought process was: how do we make payments simpler for startups? The number of startups was only growing, and digitisation was taking off. It was a problem for India that needed a solution.”

In Jaipur, Harshil’s hometown, the two started working on fee payment for schools. However, the response wasn’t favourable, which is when Shashank decided to test their product idea with startups.

“The schools’ market had zero product-market fit. They thought we were there for admission,” laughs Shashank.

While testing the product and integration of a payment gateway for startups, he realised how complicated the process was; the documentation was 10 to 20 pages. Shashank felt that a startup’s payment process should be extremely simple and shouldn’t take more than 30 minutes.

After working 16 hours each day for two months, Shashank built the core technological stack for Razorpay. In the first prototype, the website redirected a user to a payment gateway after the payment - out of intuition. So, he worked on it to bring the user back to the website after the payment, rather than staying still on the gateway, reducing the user’s clicks.

Shashank’s work is heavily dependent on customers and he believes in building a product with rapid feedback.

[Techie Tuesday] From genetics to data science: Shantanu Bhattacharyya's many pit stops before ...

“In the beginning, we didn’t have anyone. Our first tech hire was in April 2015. I would both code and talk to customers - round the clock. We tested the product early on - no matter how much of it was built - to see interest levels and to ensure immediate iteration,” he says.

The first thing that justified the team’s intuition was the idea of digital onboarding. With simple integration, users could upload their paperwork digitally and scan them for identification, which helped them avoid the tedious process of couriering them physically.

Shashank and his team tested the product with a few startups at Jaipur’s Startup Oasis incubator. But the real trump card was when Razorpay received funding from Y-Combinator in March 2015. Around 300 small enterprises and startups signed up immediately after the product entered the market.

To not looking back

“Payments is a very technical product, and we had to be top-notch. When I wrote the maiden platform, I wrote it twice and trashed it. The third time, it started to work and move ahead,” Shashank says.

Even though a fully functional product was in place, he did not want to stop. He understood that users want even more seamlessness and built more products on top of it.

He explains, “I already knew we have a payment gateway platform. I thought, what can I do to increase coverage of payments in India?”

Shashank takes pride in the fact that Razorpay’s first-ever architecture was still in place until 2018. Even though Razorpay 2.0 was launched in mid-2017 with a complete tech makeover, the core architecture has remained the same. In its second innings, however, Razorpay, which was only a simple payment gateway earlier, became an end-to-end financial management suite.

Being a complete outsider to payments, Shashank says he doesn’t understand why existing processes work the way they do as he has seen how technology can optimise the industry in its entirety.

A fan of longevity, Shashank is proud of building an agile product with a vision of the next five years in mind. In his free time, the entrepreneur reads a lot of books and likes Salsa.

He likes to call his magnum opus only a technology product and not a payments product. “We just happened to be in payments. But, we are using technology - that’s the way I look at it,” Shashank says.

[Techie Tuesday] He began coding at 10 and went on to build blockchain-powered phones: meet Pun...