WATCH: This tele case discussion platform is ensuring better healthcare by connecting doctors with each other 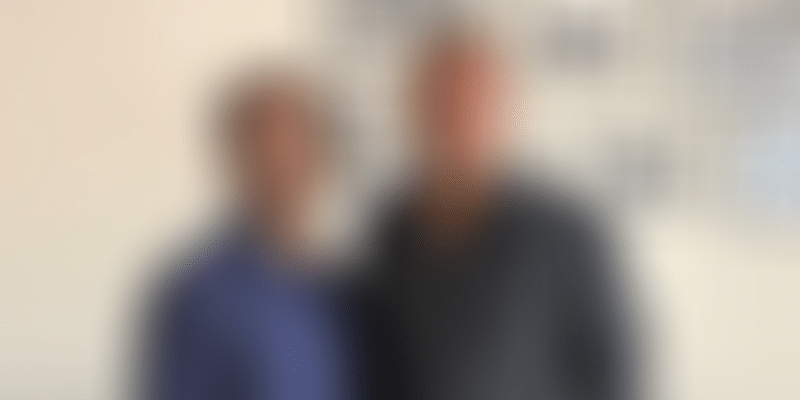 Over the last two decades, our lives have been slowly taken over by technology. And healthcare is not far behind. Today, the ultimate goal of technology in healthcare is to improve patient care quality.

However, despite technological advancements, sometimes a primary doctor might not be able to decide on the most effective treatment for a patient. This is where startups like CLIRNet come into play.

Started by Ashu Kasera and Saurav Kasera in 2016, CLIRNet provides a common platform for doctors to collaborate on special clinical cases. It is a tele case discussion platform, which offers a simple cloud-based patient management system.

The Mumbai-based startup aims to standardise clinical practices and ensure patients receive fair, accessible, and affordable healthcare. As of April 2019, CLIRNet claims to have impacted over 585,000 patients based on formal feedback from doctors, and has created over 6,000 unique clinical content.

In an interaction with YourStory, Saurav Kasera, Founder, CLIRNet, and Mukul Nag, Mentor and Director, CLIRNet, talk about the idea behind the formation of the company, and what plans the company has for the future.

The journey and workings

A graduate of New York University and a former employee of Morgan Stanley, Saurav first conceived the idea of CLIRNet while he was on a road-trip to Northeast India. During his travel, he met many doctors across the region to understand the problems they faced. He was joined by his nephew Ashu Kasera, also a graduate of NYU, to set up the company.

According to the founders, they realised that doctors undertaking activities like consulting and discussing cases with other doctors was prevalent, but it was very unorganised.

Further, while the doctors met many patients to discuss their cases, they did not have a single platform to share voice transcripts with other doctors.

This Kochi-based entrepreneur is helping doctors with patient management

Normally, if a doctor faces some issue while solving a particular patient’s case, they reach out to other doctors in their personal capacity or a medical board is established. However, the recordings of the discussions are not easily accessible to doctors in other regions across the country.

In order to solve this problem, CLIRNet has built a cloud-based patient management system to help doctors maintain patient records and help them measure the clinical impact of such collaborations and co-manage patients.

Artelus is using AI to save people from going blind. Here's how

At present, CLIRNet generates most of its revenue from pharmaceutical companies and healthcare companies in the form of sponsorships and grants for the opportunity to work with doctors who engage on the platform.

The startup claims that the pharmaceutical companies are moving towards a multi-channel marketing (MCM) framework from a pure field (medical representative) driven model, which helps its case.

CLIRNet says it has over 10,000 case discussions at present, with over 90 percent of its customers expressing their interest in attending more discussions.

With offices in Mumbai and Kolkata at present, the startup has around 50 people working as part of the team, who have been instrumental in building capabilities in technology, content, and call centre operations.

CLIRNet has also raised angel and seed round of Rs 8 crore led by the co-founders of Life Science Logistics, and intends to raise its Series A by the end of 2019. It plans to use the funding to expand operations in India and South East Asia.

WATCH: How this Bengaluru-based startup is helping businesses amplify their sales by 5x