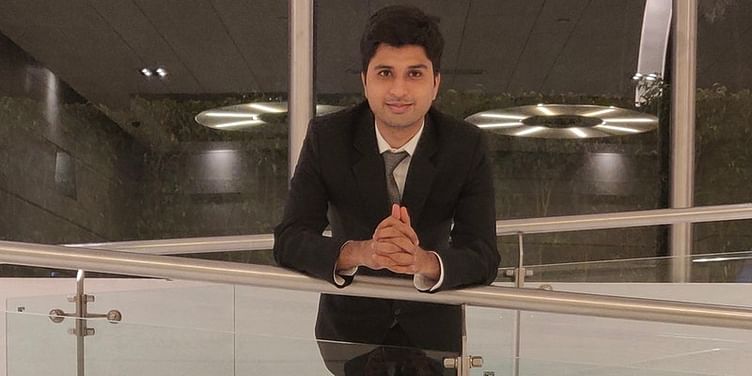 Jaipur-based cybersecurity startup WiJungle offers a ‘one-window’ solution to help enterprises do away with multiple products to secure all networks. Nasscom-DSCI’s 'most innovative cybersecurity product' aims to reduce overall investment by up to 60 percent and simplify the management’s work.

Safeguarding networks is a key requirement for any company today, especially with the rising number of connected devices in an organisation. And for enterprises using multiple expensive products to secure all the networks accessed by their workforce, Jaipur-based cybersecurity startup WiJungle has a great proposition: a ‘one-window’ solution that replaces the many that typically safeguard IT networks.

Karmesh Gupta, 24, along with cousin Praveen Gupta, 28, started WiJungle in April 2017, to develop and market a unified network security gateway across 25 countries.

Karmesh points out how, earlier, all the devices used to be connected to the office network, and not many people were using services such as the cloud or third-party apps. This meant that a firewall was all that was needed to secure the network.

So, just from securing office network earlier, there is a need to secure not just the office network but also safeguard other multiple devices and networks, such as remote workspaces. “Multiple products are required by a company, like firewall for office network, virtual firewall for third parties or cloud offerings, endpoint security products, etc. There are eight-nine products in-line that an organisation is required to safeguard the networks,” Karmesh notes.

This is why he and Praveen decided to build a solution that can help enterprises do away with multiple products and deploy only one to secure all networks.

“It helps by reducing the overall investment by up to 60 percent and simplifies the management’s work,” Karmesh says, adding that their solution can serve companies with as few as 30 and as much as 10,000 users.

The founding story goes back to 2014 when two ambitious cousins made a powerful comeback and established an international brand after two massive failures.

Karmesh and Praveen, who is WiJungle’s CTO, started HttpCart Technologies Pvt Ltd in October 2014 with the vision to make it a global product company. In April 2015, HttpCart became the first Indian private company to provide free WiFi without any restriction on data or time. The free WiFi was available at a popular spot, Gaurav Towers, in Jaipur.  The service was made available to people under the name 'WiJungle', with revenue generation happening via hyperlocal advertisements.

“The project went well for the initial few months but like the usual story of many startups, due to certain financial challenges, we had to close it down shortly,” Karmesh says.

The shutdown accumulated a huge loss but the grit to achieve success was so potent that they kept on running the company and entered the business of IT services to overcome losses. During FY2016, the cousins served various companies across the globe, including Indian brands such as Patanjali, Indian Railways, and others.

At the end of 2016, the co-founders made a comeback by getting into the product space with a social WiFi product, an extension of the previous product, but “unfortunately, this time the telecom revolution turned out to be a bane”.

Finally, after a month of continuous exploration, in April 2017, the duo entered the IT network security segment with the launch of their product under the old name, 'WiJungle'.

“All of this we achieved within a span of 15 months, reaching more than 25 countries,” says Karmesh, adding that their startup has been profitable since the third month of sales as margins are high while the burn rate is low.

In this period, WiJungle’s monthly recurring revenue has grown 20 times month on month. “We also have a channel partner network of about 500 system integrators, distributors, and dealers,” Karmesh adds.

Cybersecurity and the competition

In today’s digital world, convenience has brought along a constantly evolving threat: cybersecurity. PP Chaudhary, Minister of State for Electronics and IT, has reportedly stated that India saw over 27,000 cyber security threats being reported to the Indian Computer Emergency Response Team (CERT-In) in the first half of 2017. Looking at the need, cybersecurity startups are gaining importance in India.

The Government of India has even allocated 10 percent of its IT budget towards cybersecurity. In July 2018, it notified a preferential market access order to support Made-in-India cybersecurity products. Some of the top cybersecurity startups include Delhi-based Lucideus Tech, Mumbai-based Block Armour, and Noida-based HaltDos.

But Karmesh believes that WiJungle does not have any direct competition yet. “As a matter of fact, we are the only single prominent player in the unified network security space not just in India but also at global level,” he adds.

Their offering has earned the startup a handful of accolades, such as an award for being the ‘Most Innovative Product of The Year’ by Nasscom and Data Security Council of India (DSCI) in 2018. WiJungle was even selected by Frost & Sullivan as a winner of the New Product Innovation Award of The Year (2018) in the ‘Cyber Security’ category for the Middle East Africa and South Asia region.

Growth and the future

The startup is currently bootstrapped. For the latest products the duo invested a seed capital of Rs 11 lakh, and now is seeing a turnover of a couple of crores, Karmesh says, without divulging the exact revenue of the company.

The company is targeting 40x growth from the last year and is expanding its on-ground team to achieve this. The startup is soon planning to move its base from Jaipur to Delhi, and plans to open offices in regions such as South Asia, Africa, and the Middle East as well.

WiJungle is now looking to raise pre-Series A funding to support its expansion plans.  “We are envisioning removing hardware to become a completely appliance-free product to bring down the cost even lower for enterprises,” Karmesh adds.

How John Chambers is navigating Delhi-based Lucideus towards becoming a top cybersecurity compa...