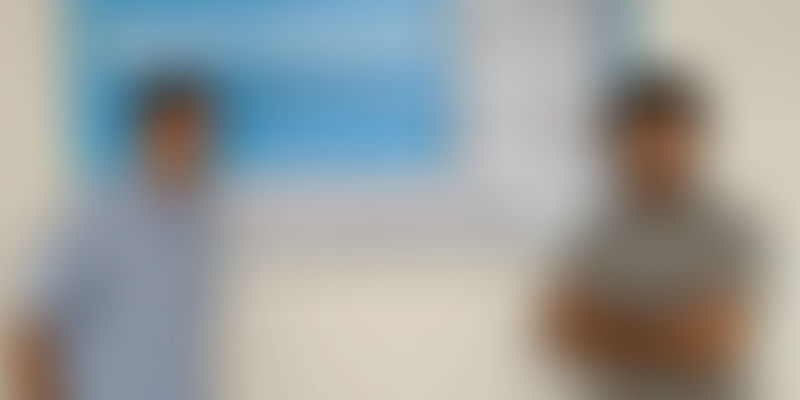 In 2012, Abhishek Patil and V Satish Kumar, bitten by the entrepreneurial bug, quit their high-paying jobs at InMobi to startup in the edtech space. They pumped in Rs 40 lakh to launch Oliveboard, an online test preparation platform, in Bengaluru.

The startup’s initial idea was to offer online courses for undergraduate entrance examinations like IIT-JEE and Karnataka CET (KCET), and it on-boarded 100 students immediately after its launch.

But, by 2014, the founders realised things weren’t going according to their plan. They didn’t see growth, the revenue generation was sluggish, and the cost of opportunity was a lot. Their money was soon running out and they needed external capital. But they were down on their luck as investors were just not sold on their idea.

The duo was all set to take on the failed entrepreneur tag, but they told themselves they would give it all they can for another three months, or shut down the company.

Today, the platform has users from over 1,900 cities and towns in the country, and has registered five million users. It also claims to have over four million app downloads.

In February 2016, the startup also managed to raise Rs 2.8 crore in funding from the Michael and Susan Dell Foundation

While the company refused to share its revenue details, according to Oliveboard’s RoC filings, the team made a revenue of Rs 4.17 crore in FY17, and Rs 8.95 crore in FY18.

70 rejections and a lifeline

During their downtime, both Abhishek and Satish never felt Oliveboard could turn around and become a potentially good investment. They had reached out to 70 different investors, but to no avail.

"We got plenty of negative feedback on how we will not be successful, and why we needed to shift to be a coaching centre than just an online platform, or rather a service provider," Abhishek recollects.

It was then they realised MBA and TOEFL coaching wasn’t their cup of tea.

Then, they ventured into a hidden segment - Campus Recruitment Training (CRT). Engineering colleges would sign up with Oliveboard to get their students trained for the aptitude exam and the written technical exam.

On a single day, four colleges signed up. "We were anticipating a pattern change in the exam’s structure, and it happened. With some deeper understanding, we started launching our own courses and the virality kept growing exponentially," says Abhishek.

According to Abhishek, while it took them 4.5 years to tap into the first million users, it took only 4.5 months to get the last million users on board.

However, the team soon hit a second roadblock. Once the institutes grew, they started making their own coaching modules. The institutes started using Oliveboard as a service provider, which was again not working as a feasible option for the company.

Finding the second rope of survival

Realising the problem, Oliveboard decided to focus on becoming a comprehensive platform for MBA, banking, and government examinations, with content curated by exam toppers and experts. Few months later, in April 2015, the SBI PO exam became a real breakthrough for the company.

"We thought content was a commodity, which was a big mistake. We realised tech, gamification, design, and algorithmic play were the primary things we needed to focus on," says Abhishek candidly.

With content being placed as a commodity, the founders started licensing the content from publishers and coaching institutes, and subsequently falling in trouble for errors and irrelevance.

So, they started developing native content with the freelancer network, and reached a stage where they owned most of their content. According to Abhishek, this is one thing the duo implemented in every vertical of test preparation, which worked out well.

Abhishek says, "Another thing we learnt about the market is that a large part of the country’s youth is aspiring for government jobs. The MBA candidates give up after a failed first attempt, and move on to something else. But there is a very large section of the market that is relentless about getting a sarkaari naukri (government job), who are also full-time aspirants."

With banking being the first category, Oliveboard introduced SSC (Staff Selection Commission) exam preparation in 2016, and Railways exam in 2018. It recently announced the launch of Skholar.com, a platform aiming to cater to over eight lakh civil service aspirants in India.

The market landscape and future

Today, edtech is a growing market. A report by KPMG and Google says it may touch $1.96 billion by 2021. In addition to a range of smaller startups in the edtech space, there have been some major moves by large players as well.

And Byju’s, one of the most-valued edtech startups in the world, has updated its app for unique learning journeys, actionable feedback, recommendations, and guided paths. In test preparation, there is also Matrix Partners-backed Testbook.

But what makes Oliveboard unique among many prominent players is the experience the founders have gained from their failures.

Talking about their work culture, Abhishek says: “We mark our own attendance, and we carry out our own tasks without having to ask anyone. Ideally, it should naturally, but we emphasised more on ownership as a key culture. One person messes up, and the content might not reach the end-user.”

In future, the startup wants to launch exam preparation for the Defence category and GATE, thereby reaching 50 million users in the next three years.