WATCH: H&M’s launch on Myntra shows how ecommerce and Indian consumers are changing 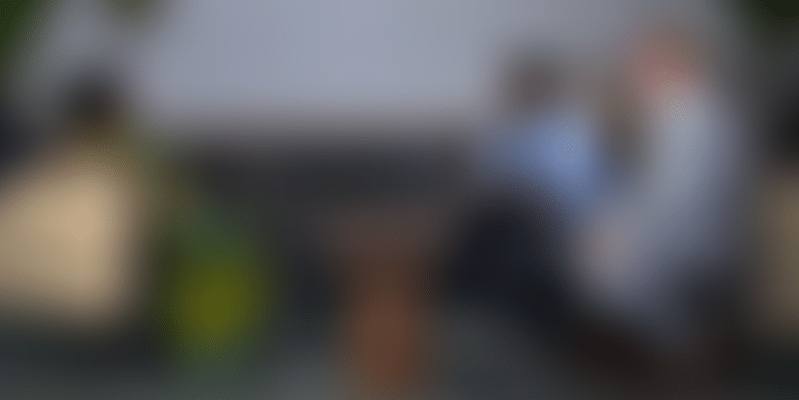 Myntra recently joined hands with fashion brand H&M, which has been present in India's offline market for four years now. The Swedish brand has launched only on Myntra, and not on Myntra-owned Jabong.

Bengaluru-based Myntra has grown from an ecommerce marketplace to an omnichannel retail platform over the last few years. With its private labels, offline stores, tech innovations, and, most importantly, partnerships with over 2,000 brands, Myntra has established itself as the market leader in fashion.

Recently, Myntra joined hands with international fashion brand H&M, which has been present in the offline market in India for four years now. Curiously, the brand is launching only on Myntra, and not on Myntra-owned Jabong.

A few days ago, YourStory caught up with Janne Einola, Country Manager, H&M India, and Amar Nagaram, Head, Myntra-Jabong, and the duo revealed their plans for dominating the Indian fashion market.

Their marketing strategy for the launch was getting celebrities like Aditi Rao Hydari and Harshvardhan Kapoor among others for their ‘On the Go’ campaign. There were also games on Myntra app, which could win customers H&M vouchers; the e-tail platform also worked with more than 40 influencers for the launch.

According to Amar, Myntra’s strategies are independent of Flipkart’s roadmap. He said that one of Myntra’s goals is to provide access to international brands via its platform, especially in regions where real estate is an issue for the brands to set up their own offline stores.

Myntra also plans to take domestics brands to the international audience. It launched its private label 'All About You' in Walmart online stores across Canada last year. Reportedly, their next target is the US, where a sizable Indian diaspora offers a huge market for the brand.

In the chat with YourStory, he also explained Myntra’s tactics for profitability, focus on Tier II and III cities, and H&M’s significant role.

How H&M looks at India

On H&M’s plans, Janne elaborated on why Myntra was its choice to go online (besides its own website) and how he expects this launch to impact the footfall in H&M’s offline stores. The Swedish brand claims to have generated Rs 1,100 crore in revenue from India so far.

Janne says that while H&M’s global online sales contribute 15 percent of its revenue, this is much higher in India. He also threw light on the unique traits of Indian consumers and how the brand is approaching them.

The duo also elaborated on dealing with competitors and conflict of interest.