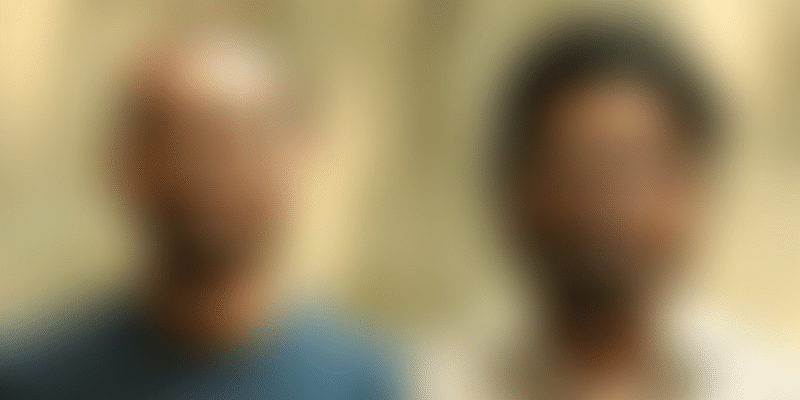 Bengaluru based startup Grasp Bionics, housed at IISc, has developed a “Made in India” artificial limb Purak for people with disability. The firm claims to manufacture prosthetic hands that use myo-mechanical based sensing, a global first.

For people who have lost their limbs, prosthetic solutions that are comfortable, convenient, and affordable can change their lives to some extent. Add to this, technological capabilities that provide better control and sense of the limb, and what you have is Purak, a prosthetic limb developed by Bengaluru-based Grasp Bionics.

With Purak, the bootstrapped prosthetic solutions startup aims to bring positive changes in the lives of people by bringing back maximum capabilities after amputation.

Vinay V (34) and Nilesh Walke (33) are both alumni of IISc with master’s in Design from CPDM, while Arvind Kumar Sahu (27) is the Chief Electronic Design Engineer who has an MTech in Electronics, VLSI Design, SSGI (Shri Shankaracharya Group of Institutions).

It all started with a thesis project, Vinay V and Nilesh Walke were working on as part of their MDes (Master in Design) in 2011 at IISc.

After completing their master’s degree, they worked for different multinational companies for about four-five years and in early 2016 they came together to work right where they had left off on their thesis. “We had a basic proof of concept during our thesis, but later our professor called us to start working again on the same project”, says Vinay.

Professor Dibakar Sen from CPDM (Centre for Product Design and Manufacturing) at IISc was instrumental in getting them the Wellcome Trust Grant to continue their work and guided them through their entire journey. Purak went through multiple rounds of user testing and design iterations during the trust grant period, which concluded in February 2019.

What led to Purak? In 2011, Vinay and Nilesh met a machinist in their workshop at IISc, whose limb had been amputated. It was difficult for him to work as he was not wearing a prosthetic and working with only one hand.

“When we looked into this space, we found there were plenty of people in our country who were in the same state as the machinist. We found a huge gap between the prosthetic options available and their actual need”, adds Vinay.

Nilesh says, “We had similar interests in making use of our education, knowledge and learnings to create devices, which will cater to the most necessary but unmet needs of the people. We worked together during our MDes in CPDM , IISc to create the prosthetic limb (the basic Proof of Concept), which eventually led us to start Grasp Bionics.”

“Our product is expected to be launched before the end of this financial year. Purak has been tested among 50 users across eight cities in India, and we have received positive response,” he adds.

The startup was one of the winners at the Elevate 100 programme, an initiative of the Government of Karnataka’s Department of Information Technology and Biotechnology.

An amputee can walk, run and dance with RiseLegs’ innovative cane prosthetic leg

What sets Purak apart from other competitors in this space is that it has a specially developed mechanism for its prosthetic limb.

Nilesh explains, “Purkak has specially developed mechanisms, which allows users to use all five fingers, hold objects of all various shape and sizes, apply variable force on objects and also sense how hard the grip is around the object. Whereas in the case of others, the hands will be able to use three fingers and just do basic open/close functions”.

The weight of Purak ranges between 400 grams to 600 grams.

Purak uses myo-mechanical based sensing to capture the user intention to open and close the hand, which is more intuitive. “This mode of control makes it quicker for the user to learn and control the prosthesis. Our test results have proven that all the users start using the device within 20 minutes of being introduced to it,” Nilesh adds.

Vinay explains how myo-mechanical based sensing is different from myo-electrical sensing, saying, “Myo-electrical based sensing, used by other suppliers takes electrical signals from the surface of muscles. In this case, sensors are placed in the residual portion of the hand (stump). India being a tropical country, people tend to sweat a lot, so there is a higher chance of false signalling.”

On the other hand, in myo-mechanical sensing, the sensors can be placed on top of the stockinette worn on the stump. “There is an actual expansion in the muscle when the user tries to move his hand – we capture that movement through the sensor that is placed on the residual portion of the hand,” he adds

The founders have applied for a patent for Purak and at present, the startup only provides a solution for below-elbow prosthetic.

Need for effective and affordable solutions

Vinay points out that a person with an amputated limb becomes dependent, which results in low self-esteem and a sense of exclusion from society.

“The solutions available at present are at two extremes. There are devices which are low cost, heavy, not appropriate for usage and less functional. Conversely, there are functional devices, predominantly the imported ones, but they are extremely expensive.”

He adds, “As we come from a product design background, our product has been developed with a user-centric approach right from scratch. Our solution addresses this gap.”

Currently, the imported prosthetic limbs cost around Rs 20 lakh. Grasp Bionics wants to sell its products at around Rs 1 lakh per unit. “The other ‘Made in India’ prosthetics for below-elbow available in India have a very old design, which are mostly body-powered and they cost around Rs 10,000 to 30,000.”

In India, there are about 15 lakh people with upper limb disability and this number is growing at 10 percent annually.

Talking about future plans, Vinay says, “We plan to develop above elbow prosthesis in a year. We would like to eradicate the gap in this market space and ensure that people with disability live their life with confidence without any dependency on others for their basic needs."

From drones to prosthetics, these startups are using technology to create social impact