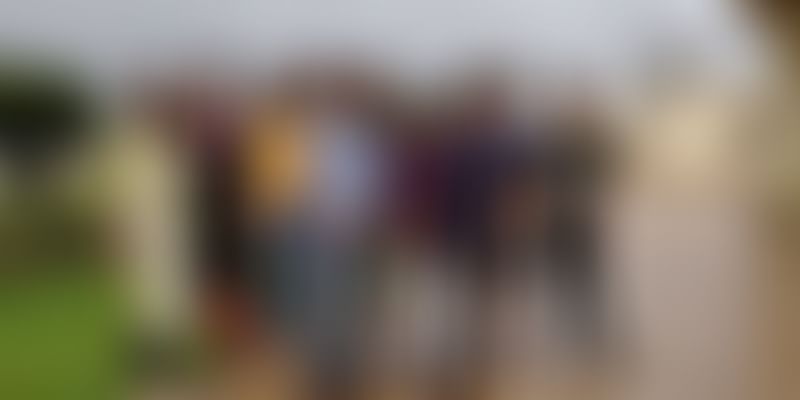 In the age of information, misinformation rules. Cast your mind back to important world events like the US elections and Brexit, and you’ll recall how they have brought forth the problem of fake news, misinformation, or even misrepresentation of facts.

This problem – abundant in the digital age - was something that husband-and-wife duo Ankur Pandey and Anushree Bishnoi wanted to solve for. And they ended up starting Mumbai-based UnFound News, an intelligent news insights app that aims to provide diverse perspectives to news and offer appropriate context.

“Today, most of the information we get is on the web, and most of this is user-generated content. One of the biggest ways to work around the [fake news] problem is with technology,” says Anushree, adding that they are using AI to tackle the misinformation epidemic.

“If you look at late 2016 and early 2017, that was also the time when Natural Language Processing (NLP) was undergoing breakthrough work,” she adds.

Unfound News is a news platform that helps users understand and consume relevant content and news stories. The algorithms help remove biases in any news piece by providing them with diverse sides to a story, and also offers contextual background information where needed.

“It took us time to understand fake news and various parts of it. We realised that it wasn’t just fabricated content; there’s also biased content, partial content, misrepresented facts…all of these fall under the gamut of fake news. That’s why we decided to build a platform that addressed all the above challenges,” Anushree says.

Prior to starting Unfound News, Ankur and Anushree, had founded a logistics startup, SmartLoad, in 2015. However, as logistics is a capital-intensive business, they decided to shut shop and get back into the job market. In 2017, they started Unfound News. Currently bootstrapped, the platform took over six months to build the backend, tech, and AI engine.

The duo began their work with collecting a lot of data; they also worked on a few projects that helped them in data gathering. “We were a part of a consortium built to fight fake news in Madhya Pradesh, Rajasthan, and Chhattisgarh elections,” Anushree says.

The founders launched the consumer side of the app in March this year. The algorithms scan a large amount of content from various news sources. Over 10,000, articles are analysed per day. The platform then authenticates every news piece, breaks it down into context, and puts out multiple perspectives. Currently, Unfound News is made up of a team of 10.

“Now we are looking at platforms, publications, and brands. They also suffer from information asymmetry. Platforms like Facebook do in-house checks to circumvent the fake news problem. We are piloting now to reduce all their manual efforts,” Ankur says.

He adds that brands suffer losses in case of misinformation or rumours, stating that prevention can help if one can spot such news early on.

Going forward, the founders say B2B is going to be the “core source of our revenue”.

The bigger challenge, however, is data.

“Being a deep tech solution, data becomes extremely critical, especially because of the space being very new, we have created our data sets to create our algorithm. Also, misinformation through chat is hard to detect,” Anushree explains.

The challenges they faced included training and tech, which is a heavy cost. The team says they don’t have a customer acquisition cost.

“We never saw our news aggregator app for revenue generation, but it helps us collate the needed data. Close 40 to 50 percent of our traffic is organic,” Anushree says.

There are several startups in the space of battling fake news. There is Delhi-based Alt News, a fact-checking company that aims to create a safe environment for the exchange of perspectives and information, given the personalised and localised vernacular content on its platform. There also is Logically, which is focussed on working on fact-checking and fake news detection.

Currently in its pre-revenue phase, Unfound News has over 40,000 total installs as of now. Their daily active users are over 3,000, the average number of opinions read per user per day is over 4.5, and the average session time is close to 13 minutes.

The team currently is focussed on building their B2B revenue model.