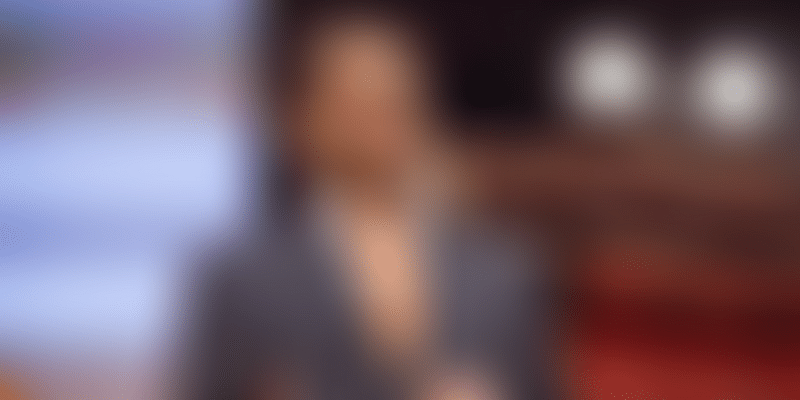 Based in the UK with teams in India, Logically uses machine learning (ML) and artificial intelligence (AI) to help you get your facts right.

In 2016, Lyric Jain (23), an Indian based in the UK, witnessed the effect of fake news firsthand during the Brexit campaign in London. He recalls, “The place where I lived in London had the highest contingency to vote for Brexit, and I kept observing the arguments around. There were very few who understood what it really meant at that point.”

Lyric noticed misinformation being circulated vigorously and that people were caught up reinforcing each other’s opinions without knowing the truth.

"There was a lot of confusion. People did not want to discuss contrary opinions, have healthy debates, and just listen to each other. The entire public discourse was affected," he adds.

Later that year, during his final year of mechanical engineering and computer science at MIT, he saw an overwhelming support in Boston for Donald Trump during the US presidential elections.

Wondering if technology could help, he decided to work towards tackling the spread of fake news and misinformation and founded Logically in June 2017, while pursuing a master’s in Engineering from the University of Cambridge.

Logically houses 25 dedicated fact checkers, claiming to be the world’s largest fact-checking team. Then, it also has several in-house journalists who oversee the fact checkers to ensure compliance with International Fact-Checking Network (IFCN) standards, and publish content on its website, third-party blogs, and social media channels.

The startup works on B2C and B2B models. However, the latter is yet to be established in the market. Under the B2C model, it has a free app available on Google Play Store, which can be used to access verified news published by Logically after thorough fact checks.

"We intend to launch a freemium service where users can run a given number of fact checks, but will have to pay beyond a limit," says Lyric.

The Founder claims that the team is still developing its B2B offerings. A product like this can be used for various purposes and across diverse sectors. So, Lyric says there cannot be an overarching business model but can only run on a case-by-case basis.

So far, $2.2 million has been invested in Logically, including a private equity funding round from UK-based angel investors, a few MIT grants, and a little bootstrapped money from Lyric himself.

The founder claims Logically has analysed more than 10 million English-language news articles and completed 3,000 fact-checks to date. These fact-checks include verifying information for the users and ensuring that their views and opinions are based on truth.

Lyric claims that Logically’s app has been downloaded 43,000 times since its launch this April. Only last week, the Founder says, 300,000 articles were analysed by the startup.

In the next two years, Lyric wants to ensure that Logically’s AI model is valid across geographies like India, the UK, and the US.

He wants to establish content-moderation partnerships with various State governments, and the national governments of India and the US ahead of their next elections.

As for the B2B vertical, he intends to convert the current paid pilots into long-term SaaS-based subscriptions across sectors.

"Once you don the role of an entrepreneur, technical knowhow alone is not sufficient to keep a business running. It is always good to equip yourself with more even though you can hire the best minds or resources for various roles. One can never know it all, but one can at least attempt to learn it all," adds Lyric.

Does India need to be worried over Big Data influencing elections?