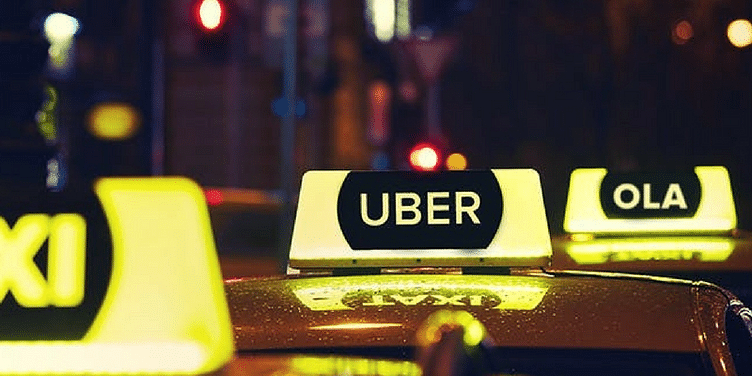 The apex court, which was hearing a matter related to safety and security of women, has asked the Centre to consider regulating taxi aggregators like Ola and Uber to ensure safety of women passengers.

The Supreme Court on Wednesday asked the Centre to consider framing a law to regulate app-based taxi service providers like Ola and Uber, keeping in mind the safety of women passengers.

The apex court, which was hearing a matter related to safety and security of women, was told by the Centre that such a regulation would require amendment in law.

"You do it. It is you who will have to do it," a bench of Justices S A Bobde, R Subhash Reddy, and BR Gavai told the counsel appearing for the Centre.

The bench asked the petitioner to make a representation, along with suggestions, to the Centre on regulating app-based taxi service providers.

Senior advocate Indira Jaising, who is assisting the apex court as amicus curiae in the women safety matter, told the bench that internet-based taxi service aggregators like Uber and Ola were "unregulated" and operating in "vaccum" with no regulations.

She said the transport department was not monitoring the safety and security of women in vehicles and there had been incidents of rape in such taxis.

"Why the transport department is not regulating these internet app-based taxi services? They (department) are not regulating as to whether these taxis have GPS or not," she told the bench.

To this, the bench said it can direct that GPS should be installed in such taxis. "There can be panic button (in such taxis) to alert the police. We can make it mandatory," observed the bench, and said it would take up the matter for hearing after four weeks.

Jaising said that app-based taxi service providers like Ola and Uber were not covered within the Motor Vehicles Act. The amicus referred to the 2012 Nirbhaya gangrape and murder case and said the problem was that transport department was not monitoring public transport.

"The December 16 (Nirbhaya) incident happened in a bus with black-tinted glasses. The bus was not operating on the designated route," she said.

"The transport department must strictly monitor how private vehicles are plying. They have to ensure that there should not be any black-tinted glasses; and vehicles without permits should not be permitted to ply on the roads," she told the bench.

The bench also dealt with the issue of setting up of a 'one-stop crisis centre', where victim of sexual assaults would be provided with medical, legal, and other facilities under one roof.

The amicus said the apex court had last year asked all states and union territories to set up at least one 'one-stop crisis centre' in every district within a year. She said only three states -- Bihar, Tamil Nadu and Andaman and Nicobar -- had filed affidavits, but there was non-compliance of the court's order in states like Bihar.

She said the court should direct the states and union territories to follow the Centre's guidelines and standard operating procedure (SOP) on how to record medico-legal reports in such cases and setting up of one-stop crisis centre.

The bench initially said that it did not intend to monitor these issues and suggested that a monitoring committee could be set up for this. Later, the apex court directed all states to implement the Centre's SOP and guidelines about recording of medico-legal reports and setting up of one-stop crisis centre.

Jaising said one of the remaining issues was related to investigation procedure where the victim is made to repeat her statements before the investigating agency or the courts. The bench said it would deal with this issue after four weeks.