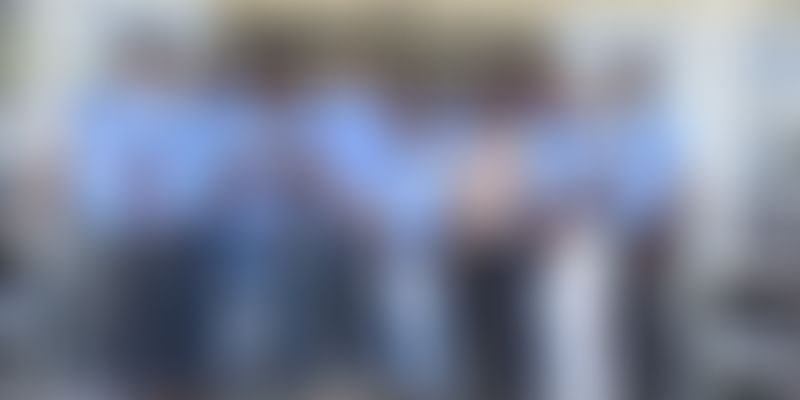 Food supply chain startup WayCool Foods and Products began life in July 2015 as a B2C fruits and vegetables supply chain named SunnyBee. Founded by Karthik Jayaraman and Sanjay Dasari, the startup chose to pivot to a farm-to-fork B2B model and now - four years later - makes almost 90 percent revenue from the B2B channel with the likes of Taj Hotels among its clients.

“SunnyBee was a great go-to market strategy earlier – to get good traction and get volumes of the end customer. However, B2B has a much higher scale,” says Co-founder Sanjay, 25.

They ventured into the B2B space in early 2017, when they also raised $2.7 million from Aspada Investments.

“In the 18 months after raising the investment, our total topline grew 18x. Today, we are still looking for 20 percent revenue growth, month on month,” Sanjay says.

From farm to fork, SunnyBee gets you get the freshest produce every day

WayCool Foods had raised $16.9 million in January this year. The funding amount was a combination of equity and debt, and the round was led by global impact investor LGT Impact. Northern Arc Capital and Caspian also participated in the round.

The fresh produce distribution platform sources fruits and vegetables from small-hold farmers and aggregators, and sells through multiple distribution channels. It leverages innovative technology to operate its complex supply chain.

In March, the startup acquired a significant stake in Chennai-based Benani Foods as part of its strategy to build a full-stack food supply chain.

“We follow an omni-channel revenue model with a philosophy of ‘inch-wide, mile-deep’. This philosophy helps us get to the consumer at the bottom of the value chain in each channel, while focusing on excellence and scale in every city, without spreading ourselves too thin,” Sanjay says.

Product-wise, 40 percent of their revenue is generated from fruits and vegetables, and staples (like rice, dal, maida) each. Branded distribution contributes to 15 percent of revenue, while dairy products account for another five percent.

According to RoC filings, the company reported total revenue of Rs 35.3 crore in FY18. This, while their expenses have escalated, mostly due to pivoting, geographical expansion, and acquisitions.

Headquartered in Chennai, WayCool has been focused on solving the food wastage and farmer income problems since inception.

“There was an established stakeholder network in Chennai already. This includes Tamil Nadu Agricultural University and the MS Swaminathan Foundation, both of whom we have worked with extensively over the years,” Sanjay says.

Sanjay, a graduate from Babson College of Entrepreneurship in the US, was on the 35 under 35 Entrepreneur India list this year.

Cofounder and CEO Karthik Jayaraman, 44, is an alumnus of IIT-Madras and has experience in the fields of engineering, automotive, and management consulting. He has previously been associated with Ashok Leyland, McKinsey & Company, Tata Motors, and Timken.

They started the company as a team of four – the two co-founders, one sales person, and a truck driver. Today, they have an employee strength of over 1,000 members across Chennai, Bengaluru, Hyderabad, Coimbatore, and Salem.

The challenges of pivoting

Pivoting from B2C to B2B is never easy, and it wasn’t a cakewalk for WayCool either.

“B2B is a working capital-heavy industry. In the backend, we still have to pay our farmers almost every day. It sometimes becomes difficult to manage cash flow,” Sanjay says.

On the other hand, information transparency is extremely important. Today, farmers do not have information to make educated decisions on what plant to sow at what time of the year.

“Since WayCool operates an end-to-end supply chain, right from the seed to sale, we can help in the decision-making process with our understanding of relevant industry data,” Sanjay adds.

As SunnyBee, the retail player wasn’t targeting any particular client and the B2C business stream was limited to Chennai. The founders chose to pivot to B2B while still continuing the B2C model.

Today, WayCool’s key B2B clients include the Taj Group of Hotels, Elior, and Sodexo, and almost all national modern trade and online distributors of food products.

“Our expertise lies in the ability to efficiently and effectively operate across all the three stages of farm-to-fork value chain: procurement at the farm level, supply chain, and logistics from farm to cities. And an robust inter-city distribution network and mechanised material handling,” Sanjay says.

Currently operating in 15 locations, the company transports up to 250 tonnes of fruits and vegetables every day, across 8,000 clients.

“We source produce from a network of 35,000 farmers in more than 50 regions in India,” Sanjay says.

However, moving from a B2C model to a B2B model meant a complete DNA shift.

“If an acquisition is going to give us access to a new geography, product type or variety, or access to some IT that we didn’t have before, then we go ahead with it,” Sanjay says.

The startup is currently going through a phase of coopetition where “folks who started as competitors are now collaborating and owning different segments of the supply chain, or even merging”.

Talking about the Benani Foods acquisition and why it made sense, Sanjay says: “Benani Foods gave us access to idli-dosa batter. Their raw material is rice and dal (pulses), and we have more than 35,000 farmers who grow rice and dal. It makes sense, as a company, to acquire Benani and then promote forward integration in the supply chain.”

Similarly, with Farm Taaza’s acquisition, WayCool has been able to promote geographical expansion – they now operate out of the former’s warehouse in Hyderabad.

Fighting in an over-crowded market

The farm-to-fork model is fast catching up. Late last year, Gurugram-based foodtech unicorn Zomato announced its entry into the space with Hyperpure, which was rebranded after acquiring Bengaluru-based WOTU.

Assured purchases for farmers are one of the attractions that startups like WayCool, Hyperpure, Ninjacart, (which raised $100 million funding led by Tiger Global) and online meat brand Licious offer.

Going ahead, WayCool will continue to leverage technology to reduce information asymmetry in the supply chain.

“As we continue scaling across product segments, geographies, and business lines, we will continue to raise funds. But we will remain capital efficient and achieve quality, mature business at scale by carefully calibrating the stage of business to the funding needs,” Sanjay says.

The company is already in talks with more players in the market and is planning to close a few acquisition deals in the next six to eight months. It is also planning to raise its next round of funding to primarily focus on inorganic and organic expansion.

“In the next few years, we would like to build one of the world’s largest food development and distribution companies, touching five lakh farmers,” Sanjay says.