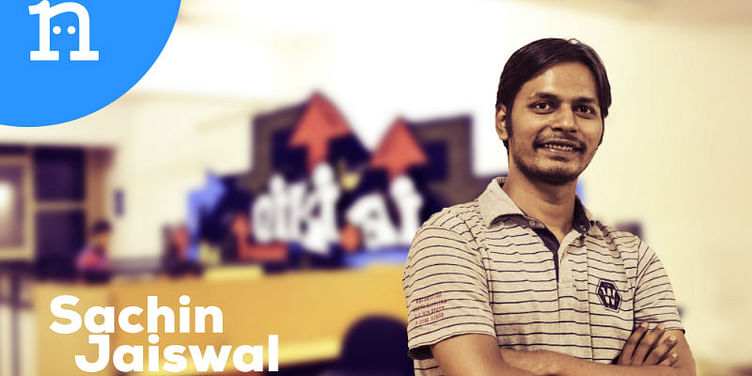 According to RoC filings, the Bengaluru-based artificial intelligence chatbot Niki.ai has raised a debt funding of Rs 2.3 crore from LetsVenture.

Bengaluru-based artificial intelligence chatbot Niki.ai has raised a debt funding of Rs 2.3 crore from LetsVenture, according to RoC filings accessed by YourStory.

As per the filings, the company has issued 2,30,760 unsecured Compulsory Convertible Debentures (CCD) at a value of Rs 100 each.

Niki.ai has been raising a convertible debt funding since early this year, and received Rs 7.8 crore in February and Rs 3.8 crore between March-May, respectively.

Unilazer-backed Niki.ai is an AI-based chatbot that simplifies your cab bookings and mobile rec...

Founded in May 2015 by IIT Kharagpur graduates Sachin Jaiswal, Keshav Prawasi, Shishir Modi, and Nitin Babel, Niki.ai is a vernacular conversational platform where users can simply talk to 'Niki' in order to pay their monthly bills, book bus or movie tickets, browse plans, prepaid recharges, find local deals and much more, while its personalisation helps one choose the option best suited for them.

Backed by Ratan Tata, Unilazer Ventures, and SAP.iO among other investors, with over 4.5 million users (80 percent of whom are living in Tier II, Tier III India), Niki.ai hit a GMV run rate of about $30 million and a revenue run rate of over $1 million in FY18. After adding Hindi language capabilities, it also witnessed 300x growth in Hindi GMV since October 2018, annualised at $40 million.

Owned and operated by Techbins Solutions Pvt. Ltd, Niki.ai last raised $2 million (about Rs 13 crore) in Series A funding in 2017.

In July 2019, Niki partnered with Connect India, a logistics solutions provider, to enable internet users from under-served pincodes of India to manage all their household expenses, online.

Connect India’s network spanning over 8,000 centers in 20 states provides Niki an access to a large customer base while Niki’s interface, voice capabilities, and vernacular platform creates a revolutionary experience for the non-english speaking population in the country.

The startup also partnered with Cleartrip and OYO to design a bot for hotel bookings.

Note: Niki.ai was one among the companies that made it to the YourStory's Tech30 list in 2015.