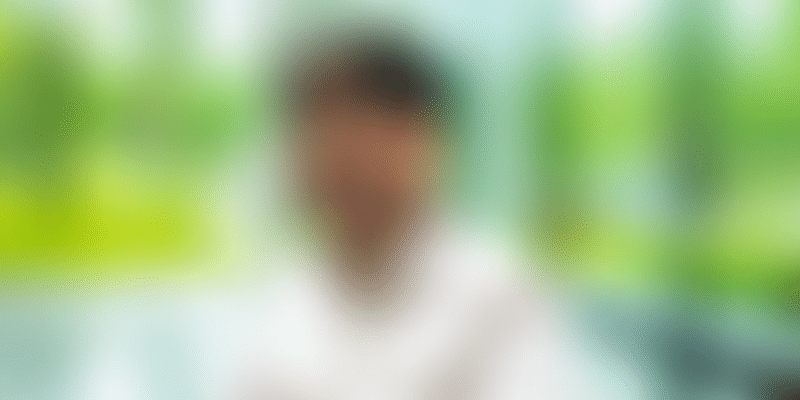 Mayank Khanduja, Principal at SAIF Partners India, always likes to get in early with the startups, and strategically help them grow. This has paid rich dividends as many of his portfolio companies are category leaders in the Indian startup ecosystem.

In 2011, the Indian startup ecosystem was still taking its baby steps with new ventures like Flipkart, Snapdeal, Ola, and Paytm. And even the venture capital industry was at its nascent stage during this time.

It was then that Mayank Khanduja, a young engineer working with a leading global consultancy company, decided to plunge into this exciting and challenging world as a venture capitalist.

Coming from a family of engineers, 37-year-old Mayank had this classical academic background of BTech and an MBA from IIM Calcutta.

It was during his five-year tenure at McKinsey he felt the inevitable is going to happen - startups are going to get bigger.

“Having engaged with large technology companies at McKinsey, I realised they would evolve at a much smaller pace, but also knew there would be a whole new wave of tech startups, which will show faster evolution,” says Mayank, Principal at SAIF Partners India.

Investors must be comfortable with lack of control over the money they invest: Alok Goyal of St...

Though there was always the option of working with a startup or starting up on his own, Mayank jumped into the world of venture capital. However, he felt that his skill sets were better suited to working as an investor helping the smaller companies make it big.

According to Mayank, the key things he looks for in companies while evaluating for seed-stage investments are a strong founding team going after a large market, differentiated insight on the customers, and a willingness to be frugal till hitting product-market fit.

Mayank has also shared his experiences at the 100x Entrepreneur podcast series by Siddhartha Ahluwalia, which interviews the most successful Venture Capitalists and Angel Investors in India. They have shared their habits and mindset, which can help entrepreneurs grow and scale 100x.

Having made the shift, Mayank realised the best journey would be getting in early with the startups at the seed stage of investing itself, and later follow it up with growth capital. “There is a lot of untouched space, which is not tapped yet, and if as a fund we can reach out to these founders at an early stage, they get a runway of at least two to three years, and this is good enough to prove whether the business is working out or not,” says Mayank.

Venture Capital firm SAIF Partners has a good track record of spotting these startups early, and has seen many success stories over the years. Some of them include BookMyShow, Swiggy, ShareChat, UrbanClap, Rivigo, and NoBroker.

Speaking about investing in ShareChat, Mayank says, considering the rise of data consumption in similar markets like China and the surge of content startups, SAIF had a hypothesis that the market in India would also grow by leaps and bounds with the next billion users coming online.

With Jio coming in and the penetration of smartphones rising, things changed rapidly paving the way for a content revolution in the country and led to the growth of startups like ShareChat and Circle, a hyperlocal content platform for regional language users.

Another example Mayank cites is of NoBroker. The investment in NoBroker was born out of the thesis that India needed a consumer-to-consumer real estate platform. Real estate transactions represent a $10-12 billion revenue pool, but is controlled by brokers. And there are enough users who would want to transact directly with other users without the need of brokers. Hence, NoBroker built a platform for this, and lets users pay for its service.

“In India, currently, we are at the cusp of tremendous growth for the next 8 to 10 years. With rising aspirations and increasing disposable incomes of consumers, more new products and businesses will see the light of the day. This is the best time to be an investor in India, create a thesis about the market opportunity, and partner with companies at the seed stage,” says Mayank.

However, the key thing in the entire process of investing is about identifying companies. And Mayank has a simple answer for this - always focus on the founders.

“If there is one single reason which makes or breaks a great startup, it is the founding team,” he says.

He explains that many teams have the same idea and the opportunity is obvious, but what differentiates is the sharpness in thinking and deep understanding of customers. Further, another critical element is how these startups weather the storm, and this is the biggest differentiator between the good and average teams.

Mayank says, his decision to invest in any company is a combination of top-down thesis building and bottom-up analysis.

“It’s founders will also teach us. Quite often, it happens that you get aware of a market because the founder and the company come and present to you a certain idea, and then you do a top-down analysis. You go back and say, okay, this sounds like an interesting idea. Let me figure out whether it actually makes sense just coming top-down from the market point of view. So, it’s a combination,” says Mayank.

Talking about what SAIF Partners brings to the table, Mayank says, “Money is just hygiene as we stand by shoulder to shoulder with entrepreneurs, in good and not so good times. We do not get involved in operational issues but on big strategic direction.” These include things like when to expand, whom to hire and given SAIF’s network, it helps them in spotting the right talent for their portfolio companies.

Skills for scaling up

And in the process of tapping into these startups and making the investments, there also comes the question of how does one scale the business.

“Companies that have scaled up well came to the market with a very strong customer insight, and then rapidly iterated on it to build a strong business. All of SAIF’s early-stage investments that have done well include Swiggy, Meesho, ShareChat, UrbanClap, NoBroker, and Rivigo,” says Mayank.

According to him, while adopting the right narrative and the art of storytelling is extremely important for startups, it is also important to constantly have a dialogue with potential customers and collect feedback.

“Understanding their sentiment goes a long way in developing the right product. Another primary pillar of scaling up is hiring the right talent and aligning them with the vision of the company,” he says.

In this podcast by 100x Entrepreneur, Mayank Khanduja takes us through his journey as an investor at SAIF Partners India.

Mayank has also witnessed a sea of change over his eight years in the venture capital world. “The biggest change I have witnessed is high-quality entrepreneurs who are coming through. This is the space where the smartest people want to be,” he says.

There are other elements which have also contributed to the growth of the startup ecosystem in the country, which comes in the form of support infrastructure. These include access to internet, devices, and payment systems to name a few, which were very limited at least five-to-six years ago. The other big trend has been that VCs are keen to invest in seed stage.

“Things have been really different from 2011, and M&A exits are becoming a viable option for companies now. With startups becoming larger businesses with bigger balance sheets, there is a mindset shift that is happening. Entrepreneurs are more open to buying than build and they are willing to take the bet,” says Mayank.

SAIF Partners has been sector agnostic in terms of investments. However, Mayank invests across consumer internet, enterprise software, and healthcare.

According to Mayank, the focus area for SAIF is Seed and Series A investments in tech-enabled businesses and consumer brands.

“Content continues to be an exciting space to invest in,” he says. He also feels that social commerce startups will grow very well in the next few years.

The VC firm has already invested in companies such as Meesho and AirBlack, a platform for travellers built on top of social networks, in this space. Another space with a lot of opportunities is the B2B commerce space, where technology plays a major role.

Additionally, healthcare is an area of strong interest. “I’ve been spending a lot of time in finding consumer brands being built in the healthcare space. Consumer healthcare brands is one area that I am personally very excited about, and looking to make investments in that at the seed stage,” he says.

Mayank is very confident that founders will always come up with interesting ideas, though he felt that education sector, agri-tech, and cleantech are some of the areas with potentially large opportunities though it will take to play out.

Mayank believes that SAIF is here for the long haul with the duration of their funds also being longer.

“VC investing is risky and there will be failures, but if there are success stories, the rewards we get are disproportionate,” he says. One needs to trust themselves in identifying a good idea with a strong founding team, he adds. This strategy of SAIF on betting on paper plans and great ideas has paid them rich dividends.

There are also a few challenges for startups in their journey of building the business. Mayank feels if startups raise too much capital, then very soon the whole frugality goes out of the window. Besides, a lot of companies look at accelerating growth before the product-market fit. Also, these young firms could even be caught off-guard with macro-economic changes.

Mayank has this advice to founders looking to startup - always pick a large market and if market size is not obvious today, go after something that’s a large pain point, build a team before you build a business, and when stuck, ask what was the consumer insight that you started out with, and are you still building to solve it.

In this journey of investment, there is also the element of luck. “I think it would not be prudent for me to say that investing does not involve luck. Investing does involve luck. But you have to make the right decision, given the set of information available to you. And that’s what you need to get right as an investor - your decision-making framework. Sometimes luck favours you, sometimes it doesn't. But you can't possibly time the market,” says Mayank.