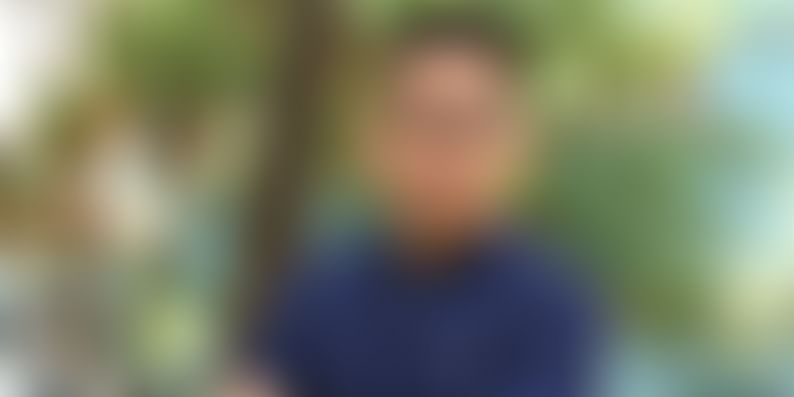 That China has a growing interest in Indian startups is no secret, and there’s no better example than Shanghai-based Morningside Venture Capital. With investments in three Indian startups in 2018, the fund is signalling its commitment for the long-term.

In fact, China became a power player in the Indian startup ecosystem in 2018 with funds from the country investing in 21 startups, compared with 12 in 2017, according to YourStory Research. Of these 21 investments, the $3 billion fund Morningside Venture Capital invested in three startups - Cashify, ShareChat, and Cred.

Started in 2008, the fund has invested in a number of popular Chinese companies including Xiaomi, in which it is the first and largest institutional investor, and UCWeb.

Morningside’s first international expansion outside China was to India and here, it aims to replicate its success at home. The fund wants to establish a strong consumer understanding of the Indian market, Hu said. It is also looking to implement knowledge sharing between the companies it has invested in China and in India.

YourStory’s Shradha Sharma sat down with Hu to talk about investing in India, and how a unique approach to the country is vital to understanding its startup ecosystem.

So far, the company has invested in three startups in India – Cashify, ShareChat, and Cred. Gurugram-based re-commerce platform Cashify was its first investment, and was closed last year. But Hu says the fund had been looking at the Indian market since 2017.

Morningside was part of Cashify’s Series C fundraising last year, along with other Chinese partners. The fund had previously invested in a similar Chinese business called AiHuiShou, and is exploring ways to combine best practices from both companies to help Cashify expand.

Morningside’s next investment was in regional language social platform ShareChat, and was part of a $100 million funding round along with Shunwei Capital and Jesmond Holdings, an affiliate of Israeli-Russian billionaire Yuri Milner’s DST Global. Hu said Morningside was impressed by the founders, and their vision for India.

“(Indian vernacular internet) is a big blue ocean market that people have never been served before,” he says.

Fintech startup Cred, founded by Kunal Shah, was Morningside’s latest investment. Hu was particularly impressed with Kunal Shah, and said he was a great entrepreneur with great consumer insight.

"He is very smart and very ambitious." Hu notes.

Besides his wholehearted support for the Cred founder, Hu is also excited about the possibility of helping Cred evolve its business by associating with a similar company in Morningside’s portfolio - Blackfish.

There is renewed enthusiasm for the Indian startup ecosystem, and most overseas investors are bullish about its growth in the long term. In fact, Indian startups raised $12.68 billion in equity funding, plus $1.14 billion in debt funding in 2018, a small jump from 2017, according to YourStory Research.

“India is not a market to do the quick thing,” Hu says. He adds Morningside will focus on long-term value investments in India, as it does in China.

The Morningside strategy in India can be boiled down to two simple points, according to Hu.

“The first one is the best entrepreneurs; we especially love ambitious, young entrepreneurs with a vision to build something huge. The second thing that we’re looking for is the best business in India,” Hu emphasises.

The entrepreneur is the key piece in the puzzle when Morningside invests in a company, says Hu, while the fund remains neutral about the sectors it invests in. It, however, is still deciphering the clues on what makes the best business in India as startups here follow different paths and are subject to different dynamics when compared with China or the rest of the world.

“It’s definitely not an easy market for a VC. Patience is something very important, not only for entrepreneurs but investors.”

Hu didn’t share how many investments Morningside intends to make, but says the fund is open to helping as many startups and entrepreneurs as possible.

“I’m waiting to see some outliers, some crazy ideas, something Indian. A unique, homegrown thing. That’s something I’m always looking for.”

He admits it can be tough for a foreign investor at the beginning, but learning about the country, community and even a little Hindi are all helpful when it comes to building insight. Hu says his move to Bengaluru is proof that Morningside is committed to its long-term vision in India. On his move here, Hu says matter-of-factly:

“It’s something you must do.”

Also Read: Founders of Swiggy, Truecaller, and Citrus Pay are among the new, high-profile backers of Kunal Shah’s Cred