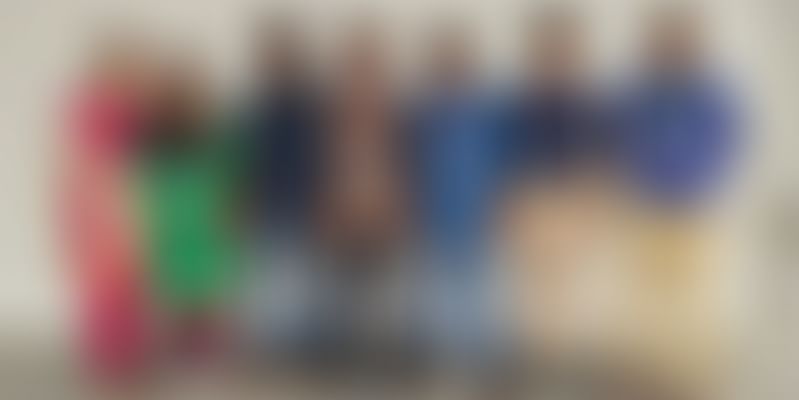 Team Facile Fabricators from Bannari Amman Institute of Technology, Tamil Nadu has invented an aquabot that focuses on the maintenance, surveillance, quality analysis, and management of water bodies.

Water bodies in India are fast disappearing today due to rapid urbanisation. While dying lakes are a part of the problem, the bigger worry is the polluted water in lakes and other water bodies that survive.

The aquabot developed by team Facile Fabricators is completely autonomous, interfaced with many necessary sensors for quality maintenance of water bodies such as ponds, lakes, and swimming pools.

According to the health ministry, in India, one person dies due to water pollution every four hours. And more than 60 percent of water body pollution is due to the wastes floating on it.

“This really drove us to propose a solution for this fatal problem, and the final outcome is the autonomous aquabot,” explains Vignesh.

According to the team, the bot has to be submerged into the water body, after which it helps collect the floating waste. The team claims a bot can can collect about 10kg of waste at once.

The aquabot comes with various inbuilt sensors for quality management of water such as PH values, temperature, etc., which can be visualised through its app - AQUA. The product will also help people involved in fish culture and pool owners to analyse the water bodies, says the team.

For safety purposes, lightening and ultrasonic sensors are being used in the bot, which will alert people about any danger in the water bodies.

Vignesh says, “In remote areas, our bot will alert people or administrators in case of any trespassing or excessive floating waste in the water. This will help them to protect and clean the water accordingly."

Interestingly, the bot works on solar energy, for which the team has made use of solar panels to generate power, which contributes as a battery booster for the product.

While the team successfully developed the bot, it faced challenges in maintaining its buoyancy and in making the autonomous navigation of the bot.

However, now the team wants to fine tune the utility of the product and make it reach the technical experts.

“We want to make it exist in real-time applications so that we could know real-time problems in implementing the idea. We are planning to launch our product in the market if it meets the customer’s needs,” says Vignesh.