From India's fastest growing unicorn to having 1.2 lakh restaurant partners across 290 cities - the five-year journey of Swiggy 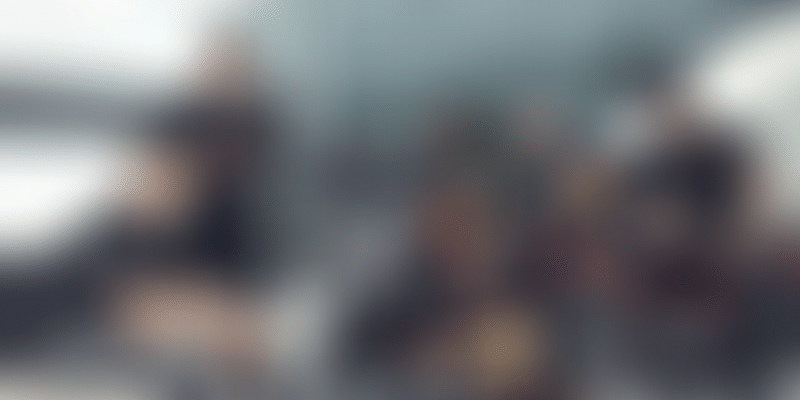 In 2014, three BITS-Pilani alumni - Sriharsha Majety, Rahul Jaimini, and Nandan Reddy had a thought in their mind - why can't we just get any kind of food delivered to our doorstep whenever we want it? This led to the birth of Swiggy, which has now turned five.

Started in August 2014 with six delivery partners and 20 restaurants, in five years, Swiggy has 2.5 lakh delivery partners and 1.2 lakh restaurant partners across 290 cities. It has more than 50,00,000 mobile application installations, and has become a household name for anyone and everyone who wants to order-in food. Its technology platform processes over 40 billion messages every day.

In December 2018, the company raised $1 billion in Series H funding led by Naspers and other existing investors. This was the single largest fund raise by a foodtech company in India. Its valuation then touched $3.3 billion.

Today, the Bengaluru-based unicorn has unveiled a bold vision of transforming itself into an artificial intelligence-first product as it has started to leverage this tech to add more services that goes beyond food delivery.

Clearly, the consumer behaviour is shifting. Rohan Agarwal, Engagement Manager at RedSeer Consulting, says, “When the customer first started ordering online it was for occasional dinners, when s/he didn’t feel like dining out. This extended to few lunches and snacks. Today that has shifted. If you look at the user demography, they are from working families, who need a predictable, quick meal. And these platforms are giving them that.”

This is even shown in the numbers. Dale Vaz, Head of Engineering and Data Science, Swiggy, said in a conversation with YourStory: "In the last one year, we have expanded from 17 cities to 245 locations. Our monthly active driver fleet, which was at 40,000 a year ago, has now grown to more than 200,000. Order volumes have gone up by 300 percent."

He explains: If you look at the Swiggy engine, it is like a three-way marketplace where the platform has consumers, driver as an on-demand worker, and the restaurant partner or a grocery outlet. "At Swiggy, we are trying to balance this three-way marketplace. We have the consumer demand but there are challenges from the driver and restaurant perspective," says Dale.

While Swiggy is growing at it's own pace, its Gurugram-based competitor Zomato, also a unicorn, has also seen growth.

Zomato acquired Lucknow-based TechEagle Innovations, which works exclusively on drones. With this acquisition, Zomato aims to create and use technology to enable a multi-rotor drone for hub-to-hub deliveries.

The Gurugram-based unicorn claims to have over 22 million monthly orders, and after acquiring delivery startup Runnr, it claims to have a delivery fleet of 1.5 lakh partners.