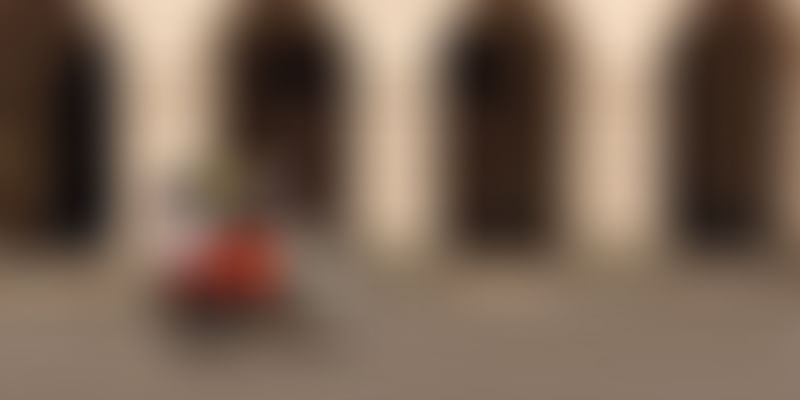 It’s a simple idea: ensure that busy workaholics can order quick meals and snacks without having to trawl through a zillion options. But can the likes of Swiggy and Zomato ensure delivery that is just as fast?

When Swiggy started as an online food delivery platform, the BITS Pilani alumnus-founded startup was trying to change consumer behaviour and get people to eat out – well, technically order in – food more often, and do it online.

Zomato soon followed suit. While Bengaluru-based Swiggy has over 1.2 lakh delivery partners, the Gurugram-based ‘unicorn’ has 1.5 lakh partners. And with deep pockets thanks to the massive funding they’ve raised, it’s an experiment they can afford to try out.

Time to replace the dabba

Between the two heavyweights, the average order volume is close to 40-50 million orders a month. At an average of close to 500,000 orders a day, it is safe to say that they are succeeding in changing the way India eats.

Their next target is our trusted ‘ghar ka dabba’ – our lunchboxes and tiffin boxes, luring us with single-serve meals where you don’t have to worry about putting together a main course.

Swiggy introduced POP in November 2017 – a single-pot dish that’s affordable and gets to you faster than regular orders. Zomato’s Eazy Meals, followed Swiggy a year later and introduced it in October 2018. Both cost around Rs 250 but not much more.

Also read: Why success in Foodtech is about mastering logistics

However, it wasn’t the ‘unicorns’ who first came up with the idea.

uberEATS introduced the concept in the second half of 2017 with breakfast at Rs 99 and dinner at Rs 199. In that sense POP and Eazy Meals are a more streamlined extension of that option. They focused on the working consumer who is in a hurry to grab a quick bite and head out to her next meeting.

Rohan Agarwal, Engagement Manager at RedSeer Consulting, says, “When the customer first started ordering online it was for occasional dinners, when s/he didn’t feel like dining out. This extended to few lunches and snacks. Today that has shifted. If you look at the user demography, they are from working families, who need a predictable, quick meal. And these platforms are giving them that.”

Rohan adds that the target and focus is on the office cafeteria, where most office-goers go when they want to grab a bite. While cafeterias do offer take-away and pickup services, what works in favour of the likes of Swiggy and Zomato is that the food is delivered to your desk, or at least to the reception outside your cubicle.

According to Swiggy, of the average 100 meals a person eats in a month, more than half are for one person. For example, breakfast, lunch, and snacks on weekdays at the office. On those days, people are looking for single-serve, conveniently sized meals that help them avoid over-ordering (and over-spending).

The ‘fixedness’ of the price and menu

What also works in favour of these quick meals is the lower price and no delivery charges. “At POP, the meals are priced from Rs 40 to Rs 200 from popular restaurants in the neighbourhood,” a Swiggy spokesperson told YourStory.

What this ensures is a certain predictability and familiarity, not to mention avoiding having to choose combinations every day. The reason most consumers carry food from home is because it is familiar and predictable.

“When it comes to ordering online, you are spoilt for choice. And on a busy working day one doesn’t have the liberty to look at different options and then decide what to eat and then wait for the order. A dabba just gives the luxury of grabbing a quick meal whenever I want,” says Sangeetha, a 32-year old marketing professional in Bengaluru who orders regularly during weekdays.

And this is what POP, Eazy Meals, and uberEATS offer. Citing a report from RedSeer itself, Rohan says that the share of dinner orders has dropped from 55 percent to 45 percent in a year. This is expected to further drop as people prefer quick food when they’re not at home, Rohan says.

“What this means is that foodtech players have been able to create a habit through increasing their delivery capabilities beyond 12 hours and focus on single-serve fixed meals,” he points out.

A Zomato spokesperson says that on average, a user saves 40-60 percent on an Eazy Meal compared to a full order.

“One of the key usage trends of single-serve meals is the stickiness of the users; if they find value — in terms of time, quality, money and options — in the meals, the repeat order rate is high. For instance, a user in Bengaluru placed 73 Eazy Meal orders in one month,” the Zomato spokesperson told YourStory.

Also read: On the last mile: Meet the women who are driving change across India, one delivery at a time

Swiggy POP, in just two years, has expanded to 50 cities, with over 10,000 restaurant partners and has a choice of 1.5 lakh things to order from. “We have a few lakh monthly transacting users,” the Swiggy spokesperson said, adding that restaurants have seen orders grow by 30 percent by volumes after POP was launched.

Prior to that, says Swiggy, the concept of single-serve meals did not exist in the ordering-in ecosystem.

“So right from familiarising this concept to working with our restaurant partners to create the dishes, to getting the quantity and proportions right is something Swiggy built from scratch,” the spokesperson says.

When it comes to single-serve meals, the focus is on scheduling the menu across different locations. The menu is also curated based on the taste of users in that neighbourhood. It requires a nuanced understanding of customer demand, trends, and preference at a hyperlocal level, and working with restaurant partners.

“So, in a way, it makes sense that the players are standardising it now, because they have a relationship and rapport built over a period of time with the restaurant partners,” says another analyst from a consultancy firm.

Now can we just make it faster?

Single-serve meals work because people need a quick meal. But they will work better it if it is delivered quickly. The user demography demands that speed – they are not always able to plan, choose, and order in advance.

“A user has a time of 30 to 40 minutes in total for a lunch. Within that timeframe, they have to decide what to eat, order it, and finish their meal. Single-serve meals cut down that decision-making time. Check-out is also a simple, two-step process. Now they need to work on the delivery time,” says an analyst.

Logistics, of course, has always been a challenge. Currently, the delivery time is in the sweet spot of 32 to 40 minutes. “But with demand, balancing out the supply and simultaneously maintaining that delivery sweet spot becomes super critical," says another analyst.

Thus, both players currently are focussing on optimising delivery time. “With POP, we further simplified the ordering process on the app, cutting the time it takes to place an order by half,” claims the Swiggy spokesperson.

With these quick meals, the minute the orders come in, restaurant partners are notified immediately and they keep the order ready. So, all the delivery partner needs to do is pick up the order, with hardly any waiting involved.

The analyst adds they would have a winning proposition if delivery partners can achieve a delivery time of 25-30 minutes.

Zomato too is focussing on reducing the average delivery time. “We are doing this by employing demand predictability for Eazy Meals, which enables us to reduce kitchen preparation time and better place our delivery strengths,” the Zomato spokesperson told YourStory.

So now, while the foodtech players entice you to drop the dabba, it will be interesting to see if they can do it with lightning fast speed as well.

Also read: Zomato’s Deepinder Goyal explains why it’s important to ‘be solution-focused and not problem-focused’