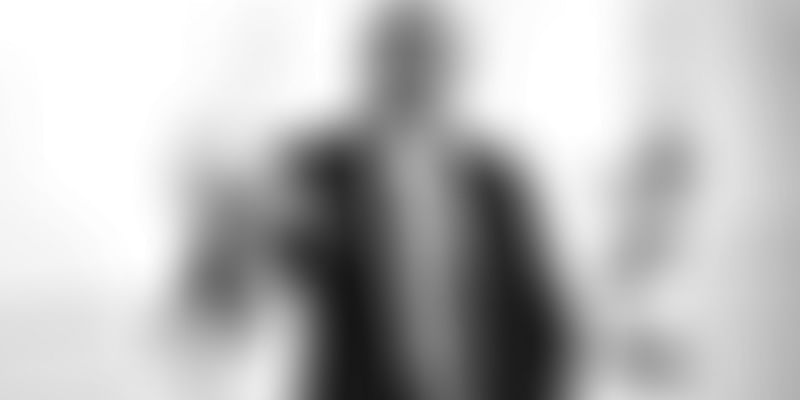 With Bajaj Auto as a client, Danish company Universal Robots is showing Indian corporations and SMEs how automation can ensure better production without causing a threat to human jobs.

In the age of unprecedented innovation, technology is pervading every aspect of our life. And robots no longer just populate your favourite Asimov novel; they form a central part of this digital transformation.

Danish company Universal Robots, owned by Teradyne, believes that humans can collaborate with robots, and has been pioneering the production of cobots—robots designed to interact with humans in a collaborative workspace—since 2005.

In this video interview, Pradeep David, General Manager of Universal Robots, South Asia, explains how cobots are different from robots and are crucial for Industry 4.0. The video also has a live demo of a cobot serving coffee:

Universal Robots was founded by Esben Østergaard who sold it to Teradyne for a handsome valuation. The company now records a revenue of more than $234 million and employs over 600 people.

In India, the company was set up in Bengaluru in 2016 to enable Indian SMEs to embrace automation without having to remove its workforce.

"The cobots have improved margins as they work 24 hours and manage the quality for SMEs. The humans work with the cobots to ensure that production is on schedule," Pradeep explains.

Universal Robots has deployed over 34,000 cobots globally. “There are three cobots in our lineup, and customers can choose based on their payload requirement. The robot has six degrees of freedom and works like a human arm, but with a lot of flexibility," he adds.

Pradeep has taken the company from zero presence in India to over 100 clients, including the likes of Bajaj Auto, which is using the cobot in their assembly line. "The cobot requires minimal training and even a production line worker can use it as it is driven by easy-to-use features offered on a tab," he adds.

[Startup Bharat] From building robots to helping daily-wage labourers, these startups are chart...

The company also has a platform for developers to build on top of the software offered by Universal Robots. The ‘UR+ Developer Program’ helps developers customise, certify, and promote their products alongside Universal Robot’s.

As a UR+ developer, they get access to experts and technical support and visibility via the UR+ online showroom to UR distributors, system integrators, and end users. Pradeep says developers can benefit from accessing this programme to build software that can customise the robot function according to developer specifications.

The dawn of Industry 4.0

While Universal Robots is scaling up, Kochi-based startup Sastra Robotics too is using robots to help industries test and manage quality in production. They have managed to reduce eight months of manual work to 15-30 days.

While a lot of noise is made about how robotic automation can eat into jobs, Pradeep points out that cobots are meant to co-exist with humans at the workplace. "In fact, the SMEs that we serve have women working in the production line with our cobots and we don't see jobs disappearing," he adds.

According to the International Federation of Robotics, there are only three robots for 10,000 people in India. In places like South Korea, it is 850 per 10,000. Despite these statistics, Pradeep believes that India is poised to embrace Industry 4.0 faster than any other nation. So the future of work lies in tapping automation effectively while still leaving decision-making and creative jobs to humans.