Why this Delhi startup is betting on TV despite the rise of OTT platforms like Netflix, Amazon Prime, Hotstar 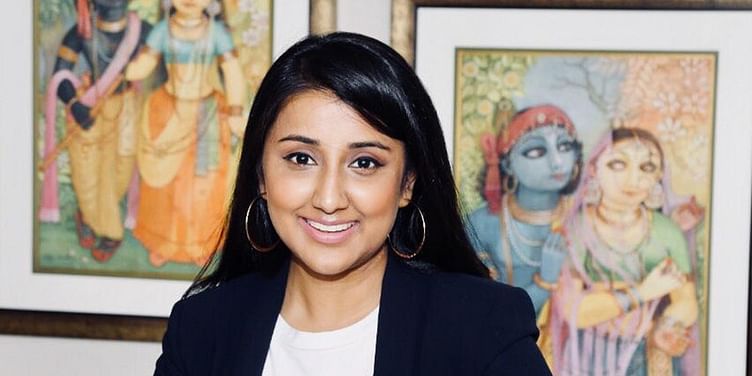 The rise of digital entertainment channels such as Netflix, Amazon Prime, and Hotstar has truly made the consumer king. But often, India-specific content – especially in the fitness, health, and entertainment space – isn’t available.

This is where banker-turned-media entrepreneur Urvi Agarwal, 29, saw an opportunity. She decided to tap it with JOP Network, a homegrown high-quality content startup that specialises in channel curation, distribution and syndication – on TV!

Launched in 2014, when Urvi was 24 years old, it aims to bridge the gap and provide content focussed on fitness, health and entertainment for people who “put their personal well-being first”.

“If you have browsed lifestyle channels, you would know there is very fancy content, which often does not fit Indian needs. That is where I saw a big opportunity,” says Urvi, Founder and CEO of JOP Network.

JOP produces and curates content for Indian and international markets, and distributes via its own channels as well as on global television networks such as Discovery, FOX Traveller, Airtel DTH, Tata Sky, Astro Malaysia, GAIA US and in-flight channels of Cathay Pacific, Lufthansa and Qatar Airways to name a few. The startup’s channels include Fitness Studio, Hollywood Masala, and Life Mantra.

In 2011, Urvi finished her college and started her career at E&Y, Delhi, as part of her CA articleship, and then continued with it as a full-time job. After a few months of working in the audit vertical, she made a switch to the media, tech and telecom investment banking division at E&Y. This role came as her “first exposure into the world of media and tech”.

“While working on a few deals for broadcasters, I realised that there was a dearth of speciality and niche channels in the Indian landscape. Globally, there were specific channels for one’s everyday lifestyle needs, from fitness to even fishing, but there was nothing that focussed on Indian masses,” Urvi says.

She adds that the fitness and wellness movement was slowly but steadily gaining momentum in the Indian landscape, and that she felt the genre could be well represented on TV.

Her innate entrepreneurial spirit led her to quit her job and start JOP Network with a seed capital of Rs 7 crore, which she raised from her parents.

The majority of the content at the startup is conceptualised and curated by Urvi, who completed a production course at New York Film Academy to prepare for her media entrepreneurship role.

Too young to be big

Speaking about the challenges of entrepreneurship, Urvi says that she was considered “too young” to be driving a project of this magnitude in a room full of aged men.

“More often than not, people thought I was an intern or associate until I started presenting or speaking about the project,” she says.

“One thing that I have learnt in these few years of my entrepreneurial journey is that passion and hard work can make one achieve what they have set out for even when the odds don’t favour it. Our company is a young, dynamic one as opposed to the older giants in the television setup. We needed to fight harder and prove our merit only by showcasing quality product/ production,” Urvi adds.

She claims that quality and research form the backbone of her company.

Speaking about JOP Network’s journey so far, Urvi says the company provided content to other channels for the first two years. Its first big break came in 2016 when the Delhi-based startup signed a deal with SWIFT Network in Australia for spiritual lifestyle channel LifeMantra.

“Our channel telecast content related to the philosophies of Ayurveda, yoga and balance, and has been viewed by approximately one million viewers so far,” Urvi says.

In 2018, JOP finally made inroads into the Indian market by signing a Value Added Service (VAS) channel deal with Airtel DTH. Their first channel in India was Fitness Studio and featured celebs like Shilpa Shetty Kundra, Mandira Bedi, Vinod Channa, Namrata Purohit, and James Crossley amongst others.

“We were up and running within two months of signing this deal. Soon after, we signed up with Airtel DTH for another channel, Hollywood Masala, which airs blockbuster international movies in Hindi,” she says.

These include movies like Da Vinci Code, Social Network, Men in Black, Batman Vs Spiderman, and many others, directly acquired from leading entertainment companies like Paramount Pictures, Sony Pictures, and Warner Bros.

Apart from this, shows created by JOP are part of over 30 inflight entertainment services across the world, including top airlines such as Lufthansa, Cathay Pacific, Alitalia, United Airlines, and Qantas.

JOP currently claims to cater to over 25 million viewers across 30 countries.

Netflix is loving India but isn’t sure if cheaper, mobile-only plans are the way to go

When asked about the rising consumption of mobile data in India and streaming services such as Netflix, Hotstar, AltBalaji, and others, Urvi says India is still a developing country.

“Contrary to what we feel, data connectivity is still a problem. A large chunk of India is still not connected with high-speed internet, which is required to stream content on OTT platforms. Further, television continues to strike a chord with the masses. Even in developed economies like the US where internet connectivity is high, TV still takes the largest piece of the pie,” she says.

A Broadcast Audience Research Council (BARC)’s Broadcast India survey in July last year revealed that since 2016, TV viewership in India had shot up by 12 percent. BARC, which monitors TV ownership and viewership habits in India, studied 300,000 households for the survey, and found that there was a 7.5 percent increase in the number of TV-owning households across India to 197 million in 2018. And that the overall number of TV viewers rose by 7.2 percent to 836 million.

For perspective, Hotstar had 60 million users on its platform in the same period. Netflix and Amazon do not reveal their India-specific numbers, but reports estimate that the two OTTs have 1.2 million and 2.5 million users in India, respectively.

Speaking about the competition she says that JOP’s competitors could be anyone from a YouTube channel operator to a large television giant like Sony and UTV.

“But, on a micro level, there are only four-five companies in India, which run VAS services like ours in collaboration with DTH players. Shemaroo is one of our key competitors. However, each of us has our specialised genres. So, Shemaroo focuses on Indian movies whereas our focus is on international movies dubbed in Hindi and regional Indian languages,” Urvi says.

In the first stream, it sells its in-house generated wellness and fitness content to TV stations, OTT platforms, and inflight entertainment services globally. Under linear channel distribution, it runs TV channels on a subscriber model.

“A viewer on an average pays Rs 45-60 per month to subscribe to us. These channels form a part of the DTH VAS offerings,” tells Urvi.

As of now, two of JOP’s VAS partners are Tata Sky and Airtel DTH.

JOP Network claims to have become cash-flow positive in 2016 and has since then been re-investing all that money into further expansion. “We foresee ourselves being profitable in early 2019,” Urvi says.

“One of these channels will focus on multilingual movies; we will show international blockbusters in Hindi, Tamil, and Telugu,” Urvi says.

She reveals that investment to the tune of Rs 6 crore has gone towards developing quality content and sub-licensing blockbuster international movies from global studios. “Now the company is looking to raise external funding to further expansion and scale up faster,” Urvi says.