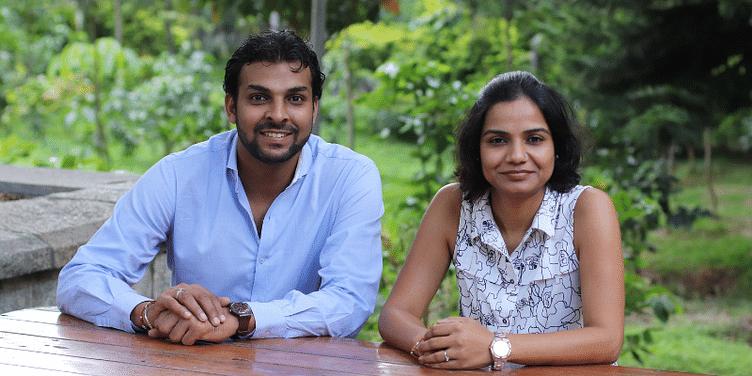 Started by Neha and Meet Kanodia, dating app GoGaga was incubated as part of the 2018 FbStart programme. It is now targeting $500,000 in revenue with a 35 percent profit margin.

India’s band-baaja-baaraat extravaganza is a spectacular $50 billion worth market opportunity. Second only to the US, this industry accounts for a significant amount of traction in related sectors as well, including luxury fashion (a whopping $1 billion industry), and the high-end jewellery segment. And to think of it, it all starts with the humble act of matchmaking.

While many would argue that internet dating has taken precedence over traditional methods of finding a suitable match, there’s a huge chunk of population which begs to differ. About 88 percent of Americans, in fact, said they met their partners offline, as per a Pew research report.

It’s not difficult to understand the dilemma – dating apps, as convenient as they are, continue to score low on the trust-metre and matrimonial services, despite the technological overhaul, and still remain archaic.

And finding a sweet spot between the legion of dating platforms like Tinder, Bumble, and Happn, and popular matrimonial services like Shaadi.com, JeevanSaathi, and BharatMatrimony is GoGaga, a friends of friends dating app.

Started by Neha Kanodia, 36, and Meet Kanodia, 31, in 2018 in Bengaluru, the network-based app, which is similar to meeting people offline, replaces a common intermediate with a trustworthy mutual friend who makes the introduction, and vouches for the connection.

“Think of it… how people make new friends in real life, via friends, over house parties,” says Neha, who is also the developer of the app.

“While the matrimony apps are mostly parents-operated and caste-based, dating apps are predominantly hook-up in nature showing users strangers in their vicinity… GoGaga presents the solution as a pure-play ‘relationship app’,” she adds.

The brother-sister duo behind the app

Incepted to bridge the gap in the Indian market to cater to young singles looking for a serious relationship, GoGaga is the brainchild of brother-sister duo, Neha and Meet Kanodia.

Neha, a techie with 14 years of experience as a tech lead for global organisations such as Oracle, Goldman Sachs, and Software AG, serves as the technical backbone of the platform. And Meet, an Electrical Engineer from IIT Delhi, with six years of investment banking experience in London, looks after the business side of the service.

Together, the duo is using innovation to help a generation, who much like them, have struggled when it comes to finding their significant other (SO).

“The idea popped up when Meet was looking for a prospective life partner for himself,” recalls Neha. “His expectation was to find someone like-minded who he could connect well with. Now, caste-based filters on matrimony or distance-based searches on dating apps didn’t ensure trust and relevance. Even the expectations of people he found on these dating apps were short-term vs. his long-term.”

That’s when one of his childhood friends, Amar Jain, came into the picture, who introduced Meet to his now-wife. And this led to the idea, says Neha, that people introduced through common references are more real, have similar socio-economic background and credible information, which forms a better, stronger, and a longer connection.

The GoGaga team today is six-members strong (including the founding duo) with the app claiming more than 40,000 users, of which over 30 percent were brought in through word-of-mouth.

“Owing to the concept driven by matchmakers, GoGaga’s user base has more or less equitable distribution between men and women,” adds Neha, noting the platform has been growing at 22 percent MoM in terms of its user base.

With its unique mix of tech and human moderation, GoGaga claims to successfully mitigate the problem of fake profiles, authenticity verification, and credentials differentiation when it comes to digital dating.

On the app, users typically have two options: First, the friends of friends mode, where a user can find a match for themselves, and second is the matchmaking mode, where one can choose to be a matchmaker for their friends.

“All matchmaker profiles are invisible, so people in committed relationships can safely find matches for their friends. Their profile won’t appear in this section,” assures Neha.

GoGaga’s target audience is between the age of 21 and 33, with 90 percent of its current user base belonging to this demographic. Even as the team continues to experiment and explore with this model – a free-to-use app with some freemium features – its popularity has been steadily gaining steam.

As Neha recalls, “We launched GoGaga during a cultural fest at IIM Bangalore. The app was very well received by the students and we got our first 100 customers as IIM Bangalore students.” The biggest validation for the Bengaluru-based startup, however, came from none other than Facebook.

In September 2018, GoGaga got shortlisted to be a part of the FbStart programme, which is an incubation programme from Facebook designed to help early-stage mobile startups build and grow their apps.

“We received $40,000 from Facebook as part of its incubation programme,” says Neha, “We are also selected to be a part of Facebook’s invite-only Pilot Programme, and are due to receive more support in September 2019.”

From classifieds and newspaper advertisements in the early 90s to online matrimony by the end of the decade, the Indian matchmaking market has evolved by leaps and bounds with changing tastes, and it will keep changing. Keeping up with a mobile-first generation, in fact, this industry has even traced its way to Android and iOS.

In this space, which is gradually getting crowded, for a new player like GoGaga, survival and scaling will boil down to sharp differentiators; whether it is the target user base or the means of monetising.

“We compete with the dating apps directly and matrimonial apps indirectly,” explains Neha, adding that by the end of 2020, GoGaga will be targeting a revenue of around $500,000 with a profit margin of 35 percent (approx).

She adds, “Since it is a new concept dating app, users do not really understand it quickly. We are trying to educate the users regularly, and are using interesting ways to help users build a network on GoGaga.”

The journey for GoGaga can be best described as ongoing. Of course, laced with challenges along the way and with moments, when the founding duo’s innovation seemed truly one of its kind. For instance, that one time when Neha was addressing Facebook’s SheLeadsTech meet-up and someone from the audience walked up to her and told her how she met her S.O on GoGaga.