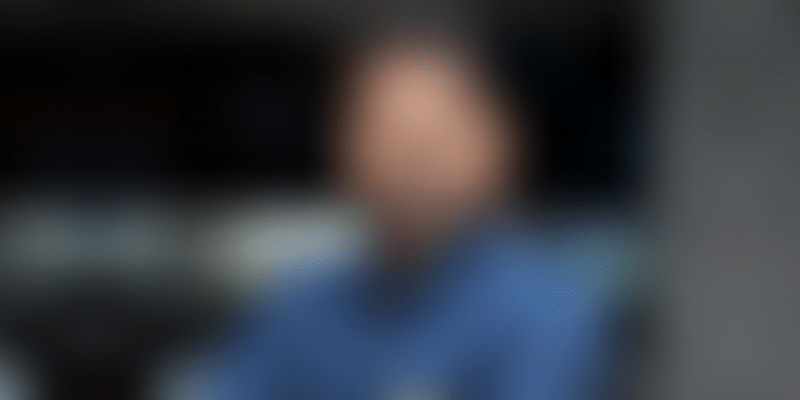 Taking centre stage at Freshworks’ annual conference, Founder and CEO Girish Mathrubootham advises young startups and developers to build businesses centred on empathy, curiosity, design, and form to be successful and accessible to the world.

Girish Mathrubootham, the Founder of Freshworks, believes that democratic design is the way to unshackle software dictatorship. Speaking at Refresh 2019, Girish said Freshworks was constantly focused on crafting software for their customers, the thousands of small businesses, to make their lives better.

On the lines of IKEA’s Do-it-Yourself philosophy, Freshworks software is easy to use and does away with the any need for training from a third party like a system integrator.

"An alternate model is possible and can be successful. It is all about simplicity, self-reliance, scalability, and craftsmanship,” Girish said.

Refresh is Freshworks' global user conference that aims to build a community of customers, thought leaders, industry peers, and inspirational influencers, to support and celebrate the evolution of the CX industry. The two-day conference is being held in Las Vegas.

As of today, 220,000 companies have signed up on the Freshworks’ platform. The startup takes 700,000 requests and processes six million conversations per day.

The idea of “democratic design” was born in Paris almost 50 years ago with master architect Le Corbusier standing tall as one of its foremost pioneers. However, Swedish retailer IKEA took things to a whole new level. It designs four billion products a year from a small town called Almhult in Sweden.

But what does democratic design imply? Put simply, it means that good and quality design services should be available to everyone ,at good economic prices.

There are four ways to achieving democratic design, according to IKEA, and this applies to startup culture and software products:

●    A vision with empathy at the core: To create a better life for people.

●    Curiosity driven approach is important : IKEA made a 1,000 home visits to India before its launch, learning how people wash and clean their homes.

●    A common language around design.

●    Form is very important; the product must be easy to use.

Marcus Engman, Founder of Skewed and former design head at IKEA, also took to the stage at the Freshworks conference to expound further.

“Lower the thresholds for people, make it affordable for them to buy products once you have designed for them. Marketing is not just talking about products, it is about design, communication, and going out to tell the market that the product you are building will make their lives much better,” Marcus said.

The Freshworks journey exemplifies democratic design. The startup, which began its journey with just six customers in 2010, always built its products for customers by studying how they wanted to use the product.

“Today, agents in contact centres need consistency in user interface when they address tickets. We have adopted an open source Java Script framework to give a great experience to the user on the web page. Freshworks engineers give users a predictable and consistent experience,” said STS Prasad, SVP engineering at Freshworks. He added that it was about customisation, or do it yourself.

What works for Freshworks: How one of India’s most celebrated B2B SaaS startups turbo-charged t...

Girish Mathrubootham also touched upon the “democratic design thinking talent” of Indian engineers, and how they had been inspired by several examples in India. The important things he spoke about include:

Craftsmanship: This ensures making sure the product is affordable and easy to use. Girish explained how ecommerce companies in India allowed sign-in with mobile phone numbers instead of emails, unlike in other parts of the world. He also mentioned how Royal Enfield had revived itself and become an iconic Indian brand, with millennials aspiring to own the motorcycle with its striking features and thumping engine.

Self-reliance: The Freshworks founder told customers and developers about how Amul supports 3.6 million farmers and has created a multibillion-dollar business.

Scalability: Girish spoke about how the Indian elections were a great example of scale with 10,000 electoral officers getting more than 600 million people to vote in 50 days. What was great, he added, was that none of the citizens had to travel more than 2 kilometres to vote.

Affordability: “This is at the centre of democratic design. Take a look at Mangalyaan Mars Orbiter. The total cost was only $73 million dollars; lesser than the budget of Hollywood movie Gravity. India did not have a rocket to take so much fuel to Mars, but used frugal design to make a rocket that could carry the lowest fuel by using thrusters only when necessary and using natural trajectories to reach Mars," he said.

Girish concluded that Indian products were scalable because of their ability to understand the customer and give the best customer experience. The future is fresh, and Freshworks wants to help SMBs stay on top was the clear message he sent out at the conference.

Girish Mathrubootham shares his learnings on building and scaling Freshworks

Building a startup is like raising a child - one must cherish the journey, says Girish Mathrubo...