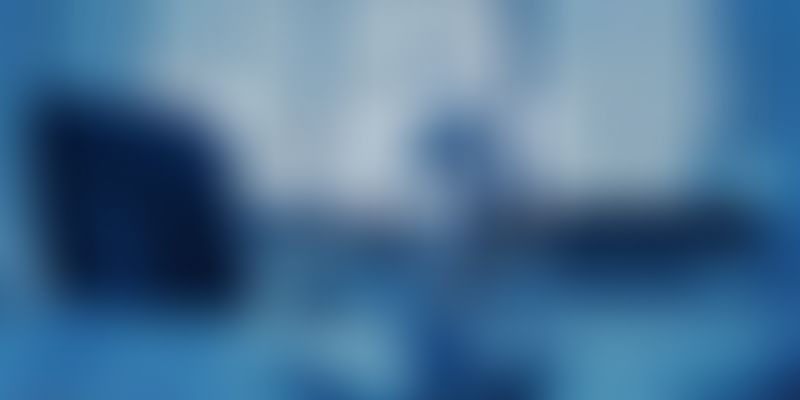 Stating that India is at an 'inflection point', former Infosys CEO Vishal Sikka, who last week announced his AI-based startup Vianai Systems, said AI will be a 'very, very big disruptor for Indian society' and the country needs to focus on education and training at a very large scale.

Former Infosys CEO Vishal Sikka, who has announced a new AI startup with a $50 million fund, believes India has the potential to become a world leader in artificial intelligence, but the key to this is integrating AI into the country's education system in a massive way.

India is at "an inflection point" when it comes to AI, Vishal Sikka said.

Over the next 20-25 years, AI is going to be "a very, very big disruptor" for Indian society because what one is seeing now in terms of automation and job losses due to automation is just the beginning, said Vishal, who announced his startup Vianai Systems last week.

"But on the other hand, if we are able to bring AI education, the ability to build AI systems to India at a very large scale, and I'm talking about like billion-plus people, then India can really leap frog and become the world's leader in artificial intelligence, in AI skill and AI talent," he said.

Last month, at the request of Prime Minister Narendra Modi, Sikka gave a presentation to the NITI Aayog on how to expand the reach of AI to Indian society in a very big way.

Representatives of some 20 union ministries were present during his presentation on AI and India. This, he said, required creating necessary infrastructure to bring the talent through institutions, schools and educational institutions, the ability to do AI education at a large scale.

A lot needs to be done

According to Sikka, the prime minister said he personally saw whenever classes worked in digital classrooms, he was joking that children would sometimes even forget to eat their lunch because they were so engrossed in learning. "It was very encouraging. But I think a lot of that has to be done," he said and suggested multi-faceted countrywide programmes like digital classrooms.

If India does nothing then this great wave of AI is going to have massive disruption over the next 20 years. But on the other hand, if it puts together programmes then this can be a huge advantage for it and "we can be a leader in the world", he said.

Referring to his interactions with the Indian government officials and the steps being taken by the prime minister, Sikka said he was very encouraged by the commitment.

His Vianai Systems is an AI enterprise startup with a mission to help businesses around the world successfully leverage AI to drive fundamental digital transformations.

He said there had been remarkable achievements in the field of AI, but conceded that significant issues had also emerged. "The technique themselves are quite opaque, not transparent. The lack of ability to explain is one of the major weaknesses of these techniques," Sikka said.

He said that there was an incredible shortage of talent in the field of AI.

With this in mind, Vishal said he started his venture to build a platform that can dramatically improve the accessibility of AI, that is educational, that explains to people how this works, that they can experiment with it, they can play with it, they can explore, and understand what is happening.

"That is what my prototype was about," he said, going back to his PhD thesis on AI in 90s.

For its mass application in a transparent manner, he said there was a need to build a platform that was a dramatic improvement on what was available today.

Sikka has raised $50 million as the startup seed money.

"Hopefully, we wouldn't have to raise any money again," he said, adding that the objective is to bring AI to businesses on massive scale. Last week, he demonstrated the first glimpse of the platform at the Oracle OpenWorld event in Silicon Valley.

One of the reasons that there are so few applications of engineer machine learning is because the techniques and the tools are extremely dense, they are complicated, and the experience of developer is broken profound.

"So we wanted to make it dramatically simpler to access an AI system and to execute on AI. This platform dramatically simplifies the system from thousands of lines of codes to a few dozens lines," Vishal said.

"We have been thinking very carefully, and very diligently about how we can come up with a platform that is completely agnostic, completely open, and yet makes it dramatically simpler, and more efficient and exploratory to build an AI system. And with that when you think about a future where enterprises will deploy dozens, if not hundreds of AI applications, you need something like this to make that happen. And that's what we are working on," he said.

Last week, he announced a panel of advisors from industry and academia for Vianai.

They include Henning Kagermann, former chairman and CEO of SAP and Chairman of Acatech; Alan Kay, Turing Award winner and computer science pioneer; Divesh Makan, Founder of ICONIQ Capital; Indra Nooyi, member of the board at Amazon and Schlumberger and former CEO of PepsiCo; and Sebastian Thrun, CEO of Kitty Hawk Corporation and Co-founder and Chairman of Udacity.

"Every company that hopes to be a leader in their industry needs to understand the transformative potential of AI, and to successfully activate it within their organisations," said Nooyi in a statement.

"The market need is immense, and Vianai, with its capable leadership and differentiated platform, is in a unique position to address it. I look forward to being an advisor to the company in the exciting times ahead," Indra Nooyi said.

Infosys sets up tech and innovation centre in Arizona, to hire 1,000 US workers by 2023