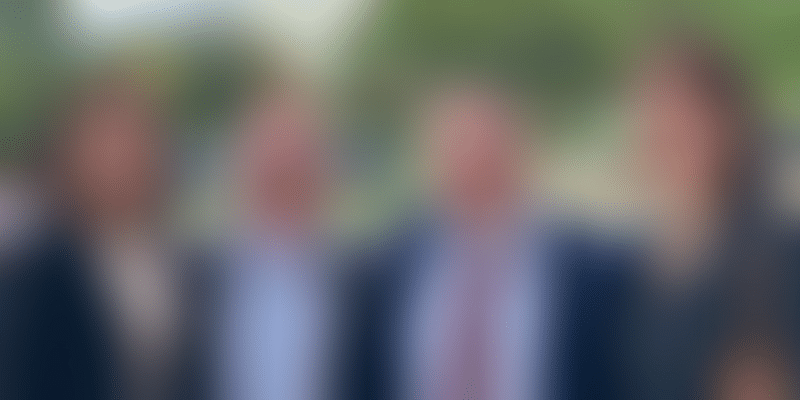 With its students being consistently hired within 48 hours of graduation, Lambda School is rapidly garnering interest and attention across the venture and startup circles of India.

India has an enormous need for engineering and technical talent. The HRD Ministry says that more than 1.5 million students graduate from engineering schools every year, but not many of them get employed.

A 2018 report by India Skills says around 48 percent of engineers in the country are unemployed. Pearson Research adds that 95 percent of Indian engineers are not equipped for development and coding jobs.

Austen Allred, Founder of Lambda School says that Indian employers keep saying how the university and college system does a poor job of preparing graduates for the workforce.

In a conversation with YourStory, the entrepreneur says,

“A lot of the freshers end up working at companies like Wipro, TCS, and Cognizant that do supplemental training through offshoring staffing. These companies have to train these graduates in a way they wished the college system would train. I believe we can be more responsive than the college system can or ever will be.”

Founded in 2017, Lambda School by Austen and Ben Nelson is an online coding bootcamp based out of San Francisco. It offers technology courses like Data Science, Full-stack web development, iOS development, and UX Design, owing to high demand for engineers armed with these skills. These courses last from nine to 18 months.

Seeds from a farming town

Austen dropped himself out of Brigham Young University, Provo, because he was dissatisfied with the formal education system. Then, in 2016, he and Ben moved to San Francisco, where Austen started working with a fintech startup named LendUp.

Recalling his time in Provo, a small farming town, Austen says that while there was no dearth of individual talent, they did not possess the right skillset to make them a lot of money. He wanted to get them to Silicon Valley.

"If 11,000 people join MIT every year across all categories, only 100 or 200 software engineers graduate out of it. When we talked to tech companies, we learnt that they needed to hire 6,000 graduates. So, MIT graduates will get hired but the demand is way higher than the total number of capable software engineers."

It was this very demand and supply gap, and a desire to help people increase their incomes so that they could lead a better life that led Austin and Ben to start Lambda School. The duo wanted to eliminate the financial risks a student faces so that they could study what they are passionate about.

To replace the existing education model with one that does not leave students bankrupt, Austen not only wanted to reduce the cost of higher education, but also eliminate the risk of it.

And it seems to be succeeding. Paul Graham, Co-founder of seed accelerator Y Combinator, tweeted,

"I've seen a lot of startups, but I've never seen one with user stories like Lambda School."

The bootcamp typically works on an Income Share Agreement (ISA). As per the agreement, a student who attends Lambda School, if and when get a job with an annual salary of at least $50,000, they would pay the school 17 percent of their income every month, for two years. However, this payment is limited only to $30,000.

There is no down payment and the student does not pay anything upfront for the tuition fee. Simply put, Lambda bets on its students and recommends them to its hiring partners, including Amazon, Google, Microsoft, Sony, eBay, Uber, Twilio, and Stripe.

However, a student can also choose to make an upfront payment of $20,000 if they do not want an ISA-based contract. In case a graduate gets a job that pays less than $50,000, they do not have to pay the school anything since ISA applies only when the annual salary is above $50,000.

The startup does backward planning and starts its customer flow from the employers and hiring partners, contrary to the accreditation model followed by universities.

"We want to move people to where they ought to be in the economy. I think that's a function an economy should have but hasn't been built yet,” says Austen.

Generation X, often referred to as the forgotten cohort, may have had it slightly more convenient. But with the fifth industrial revolution reported to be already here, the millennials and the booming Generation Z are amidst an existential hiccup. (The fifth industrial revolution represents a responsive 21st century that connects technology and innovation to purpose and inclusivity).

According to a World Economic Forum report, 65 percent of children who begin their education today will end up in careers that do not exist yet. A majority of this crisis is attributed to how rapidly the world has advanced during the fourth industrial revolution.

While the US and Europe have third-party organisations that execute ISA, it is not a recognised financial instrument in India, despite being a valid contract. Pratik Agarwal, Co-founder of Hyderabad-based School of Accelerated Learning, says that several things like financial regulations, the legal system, and the social construct come into play if one has to talk actively consider ISA.

"India’s education market is huge. The engineering and skillset problems are bigger than what most people think and know. The entry of an international player like Lambda will just validate the same and throw more light on it. More ventures mean more support that will help educate the masses about the importance of tech literacy."

What cannot be ruled out is that India has its own challenges around affordability when it comes to skilling, up-skilling, and employability-focused programmes. Last year, global company Accenture committed $200 million as part of its up-skilling activities.

At present, ISA is in its nascent stages in India and institutes like Pesto, MountBlue Technologies, AttainU, and Masai School are already adopting the model.

However, student loans are a viable option in India but only if the amount is up to Rs 7.5 lakh under the CGFSEL scheme. When it exceeds Rs 7.5 lakh, banks ask for third-party collateral. Some NBFCs do offer loans more than Rs 10 lakh without any collateral but have higher interest rates.

Aditya Malik, CEO of TalentEdge told YourStory that the edtech sector will experience a lot of unique business models and will be tested in the future.

"In India, student loans have other benefits that ISA might not offer, like the moratorium, income tax benefits as per section 80E, forbearance, and hardship relief. The acceptance of ISA in India is debatable as it is yet unregulated."

The startup has raised a total of $48 million in three rounds of funding. In January 2018, it raised $4 million from Y Combinator and Tandem Capital in its seed round. In October the same year, Lambda School raised $14 million in its Series-A round from Google Ventures (GV) and San Francisco-based payments company Stripe.

This year, it raised Series-B funding of $30 million in a round, with participation from Geoff Lewis (Founder and MD of Bedrock Capital), GV, GGV Capital, Y Combinator, Vy Capital, and actor Ashton Kutcher.

The market is ripe for a player like Lambda. In 2019, online coding bootcamps are expected to graduate over 23,000 developers in the United States, 705 percent more since 2013, according to a recent report by Course Report.

Additionally, Kenneth Research states that the global coding bootcamp market is growing at a CAGR of 10.96 percent from 2018 to 2025.

Sajith Pai of Blume Ventures is optimistic about the demand for Lambda School in India and feels that the bootcamp will lead to similar ventures cropping up in India.

"India cannot be a core market for them but they may be happy to have a presence here and invest in it for the long haul. Lambda School is yet to show signs of scaling up even globally. So, in India, they would find it even more challenging to scale."

There are also sceptics like Sidu Ponnappa, MD of the Gojek India Engineering Centre, who is unconvinced of business models that offer highly scalable technical training to non-technical people. He feels that one has to make some profits in order to effectively deliver quality education to a large number of students.

"It is pure paradox. It's an impossible model to sustain given what I know, but then I'm also frequently wrong," Sidu tweeted.

Sanjay Swamy, Managing Partner at Prime Venture Partners believes that Lambda School has a huge opportunity in India without an ‘if’ or ‘but’. He believes that ISA is very user-friendly.

"We are seeing this in other areas like MBA degree programmes so I expect this to be a very popular option in India," he told YourStory.

"Culturally, Indians look for a degree in technical programmes, so part-time and non-degree programmes are an alien concept. The mechanics of ISA need to be figured out. Collection of fees is going to be a challenge that might give some surprising challenges the sector might have to overcome."

Recently, a user from India emailed Austen that he would put up a Lambda School flag on top of the Himalayas if the startup launched its operations in India faster. "Turns out, he wasn't joking," laughs the Co-founder.

The startup still has some runway from its last round of funding, and is looking to hire more than 100 team members by the end of 2019. As for its expansion in India, Austen says he is looking to launch in India with Bengaluru as its centre as soon as he finishes a round of hiring.

"We ran a few test batches of Lambda School in India. Every graduate was hired within 48 hours of graduation, and employers said that they are on the same level as IIT graduates. We’ll be in India soon, and when we do, it will be in a big way," Austen signs off.